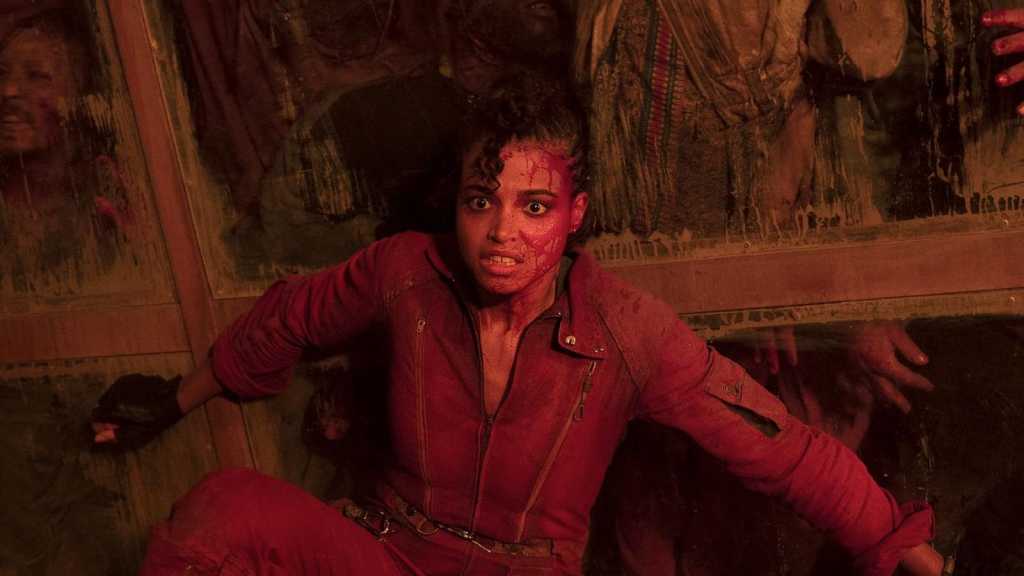 The live-action show Resident Evil landed on Netflix in July 2022. However, what is the future of this horror videogame adaptation? We’ve rounded up everything we know right here.

Other legendary game series getting the Netflix treatment are Tomb Raider, Sonic the Hedgehog and Assassin’s Creed.

Will the Resident Evil TV show be back for a second season?

Unfortunately, Deadline has confirmed that the live-action Resident Evil series has been cancelled. Therefore, unless it gets picked up by another streaming service, the likelihood of it returning for season 2 is slim.

Why was Resident Evil cancelled by Netflix?

Netflix cited poor viewing figures for the cancellation, with the show only managing to crack the top ten for the first three weeks of its run, and viewership steadily declining post-launch.

This was probably not helped by it going up against Netflix heavyweight Stranger Things and the final season of the acclaimed series, Better Call Saul.

In addition, the show was received poorly by viewers, with a very disappointing score of 26% on Rotten Tomatoes.

One of the stars of the series, Lance Reddick, posted the following message on Twitter in response to the cancellation:

The first official full trailer was revealed during Netflix Geeked Week. It shows off several monsters from the first game, including what fans believe to be the Tyrant. There are also giant spiders, zombie dogs and plenty of other wacky enemies. Watch it below:

The first official teaser starts off in present-day New Racoon City, before fast-forwarding to London in 2036, where things appear much more apocalyptic.

The second teaser shows the Umbrella Corp working on the ‘Joy’ miracle drug, which seems to be infused with the infamous T-virus.

There was also another teaser trailer which gave us a look at the iconic Resident Evil monster, the Cerberus hound. It looks like an average dog at first, until it turns its head and reveals a rotting skull.

This teaser was actually a leak – the official show’s Instagram briefly put up an image, but then took it down. However, nothing is ever fully gone from the internet. Take a look below:

There are also the official posters, with one showing a blood sample testing positive for the T-virus.

What’s the plot of the new Resident Evil TV show?

The show follows the adventures of the two Wesker children, set across dual time periods. In an official announcement, Netflix confirmed the following story arcs:

“In the first timeline, fourteen-year-old sisters Jade and Billie Wesker are moved to New Raccoon City. A manufactured, corporate town, forced on them right as adolescence is in full swing. But the more time they spend there, the more they come to realize that the town is more than it seems and their father may be concealing dark secrets. Secrets that could destroy the world.

“Cut to the second timeline, well over a decade into the future: there are less than fifteen million people left on Earth. And more than six billion monsters — people and animals infected with the T-virus. Jade, now thirty, struggles to survive in this New World, while the secrets from her past – about her sister, her father and herself – continue to haunt her.”

Their father is Albert Wesker, the perennial villain of the Resident Evil series who has been an integral part of the world since the very first game. We don’t know what happens to Billie along the way, but we’re quite sure that teeth and mutation will be involved.

The official full trailer shows off both of these timelines, teasing how the experiments of the Umbrella Corporation caused the release of the deadly T-virus. The show will also have plenty of wacky monsters, just as the games have.

Who is the cast of the new Resident Evil TV show?

Lance Reddick will star as the iconic antagonist Wesker, who has been appearing in the games since Resident Evil 2. Reddick has previously starred in Fringe and John Wick.

The showrunner is Andrew Dabb, who was previously responsible for Supernatural.

In a statement, Dabb said, ‘Resident Evil is my favourite game of all time. I’m incredibly excited to tell a new chapter in this amazing story and bring the first-ever Resident Evil series to Netflix members around the world. For every type of Resident Evil fan, including those joining us for the first time, the series will be complete with a lot of old friends, and some things (bloodthirsty, insane things) people have never seen before.’

The show is comprised of eight one-hour episodes, and the first two were directed by Bronwen Hughes of The Walking Dead and The Journey Is The Destination fame. Constantin Film is the studio producing the show, with the producer listed as the company’s CEO, Martin Moszkowicz.

Where can I watch the new Resident Evil TV show?

As Netflix has commissioned this show under its Originals banner, you’ll need a subscription to the streaming service to enjoy the show. You can sign up over on the Netflix website.