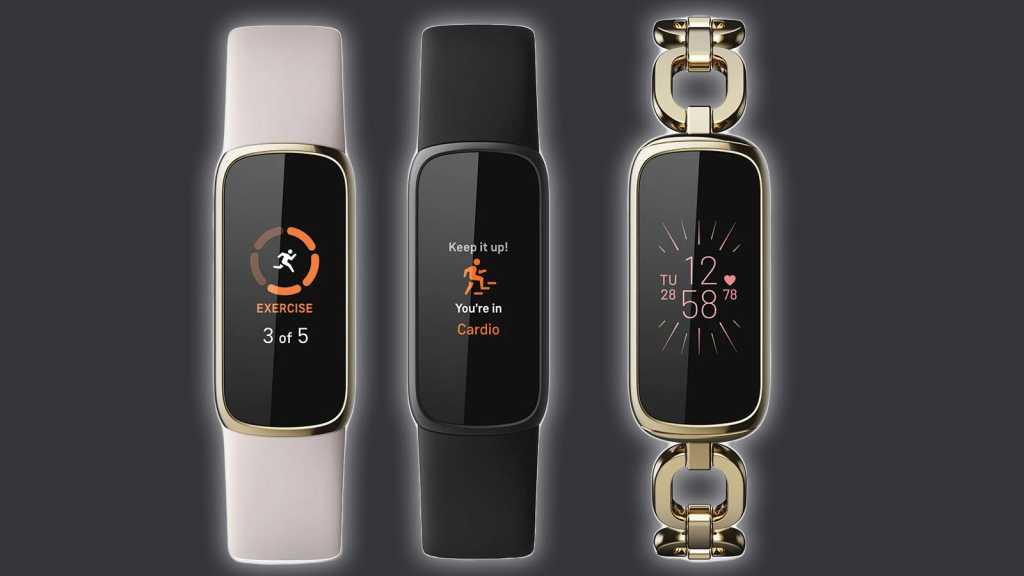 Fitbit announced the Fitbit Luxe on 19 April, a slim, stylish fitness tracker for the fashion conscious. The Luxe is jewellery-inspired, and unsurprisingly, Fitbit has partnered with gorjana for Special Edition bracelet options in soft gold or stainless steel.

Looks aside, you can expect the same physical and mental health management tools Fitbit is known for, but on an AMOLED touchscreen previously reserved only for its smartwatches.

Here we’re looking at everything you need to know about the Fitbit Luxe, including cost, features, and where you can buy one today.

Where can you buy the Fitbit Luxe?

The Fitbit Luxe and Fitbit Luxe Special Edition are now available to buy from Fitbit, Amazon, Argos, Currys PC World and John Lewis. Buy it from any retailer and you’ll get a six month free trial of Fitbit Premium.

How much does the Fitbit Luxe cost?

What can the Fitbit Luxe do? Is the Luxe waterproof?

The Luxe, which is compatible with both iOS and Android, offers an AMOLED touchscreen display, 5-day battery life, and water resistance up to 50m.

It doesn’t include an altimeter, so while it can track your steps and distance, it can’t track the floors climbed. You can find an altimeter on the entry-level Fitbit Inspire 2, however.

The Luxe can monitor 20 exercise modes including golf, pilates, spinning, tennis, running, and cycling to list a few. It doesn’t have a built-in GPS like the Fitbit Charge 4, but it can pair with your phone’s GPS. Connecting to your phone also allows the Luxe to display Caller ID, texts and social media messages.

The Luxe offers users Stress Management scores that combine heart rate, sleep quality, and activity metrics to tell you how your body is handling stress. You’ll need to tap into Fitbit Premium to get a full breakdown, however.

A notable feature arriving on the Luxe is oxygen saturation (SpO2) monitoring, which you’ll also find on the Versa 3 and Sense smartwatches and the Charge 4 tracker. Learn more about the Fitbit Luxe in our launch coverage.

We’re also looking at the best Fitbit trackers and smartwatches here. If you’re interested in other Fitbit products, we’re separately tracking all the best Fitbit deals of the month right here.