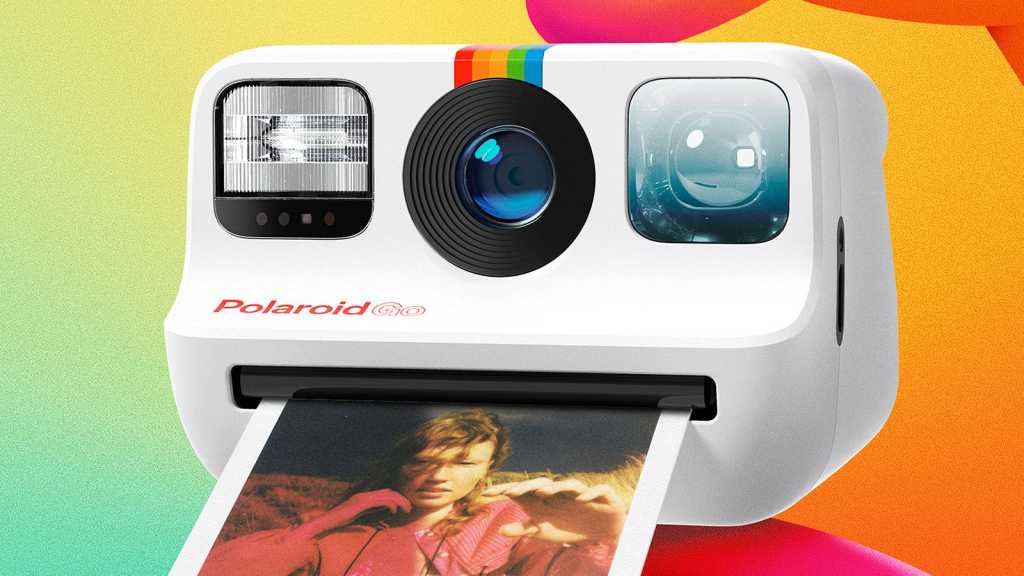 Polaroid has announced the Polaroid Go, apparently the world’s smallest analogue instant camera, along with a new miniaturised version of the classic Polaroid film to go with it.

The Go looks much like a scaled-down version of last year’s Polaroid Now, though with a simpler white finish rather than the range of vibrant colours across that camera.

Like the Now, the Go includes a self-timer, dynamic flash, and the option to take double exposures. It also includes a new selfie mirror – something notably lacking from the Now. On the whole though, this looks like another simple point-and-shoot instant camera with minimal features+, which was both the blessing and the curse of the Now.

While the Polaroid brand was once the dominant figure in instant photography – the name is still a shorthand for the format as a whole – in recent years Fujifilm’s Instax line has dominated the instant camera revival. That’s in large part thanks to the Instax Mini format, compact prints that have allowed the company to produce smaller and more portable cameras.

At just 10.5cm long and 8.4cm wide the Go is a touch smaller than both the Instax Mini 11 and Mini 40 – itself only announced earlier this month – and it’s clear that this is pitched as Polaroid’s answer to Instax’s most popular line.

While Instax Mini prints are rectangular, the new Polaroid Go film will instead retain the iconic square Polaroid proportions at a reduced scale, so it should still be able to trade in the same nostalgic appeal as the company’s larger format cameras.

Polaroid is launching the camera in tandem with a ‘Go Create’ campaign to highlight its features. Early collaborators include musicians Jungle and Arlo Parks, along with designer and creative director Quinn Whitney Wilson, with more on the way.

Check out our ranking of the best instant cameras out now for more on what the Go is up against.