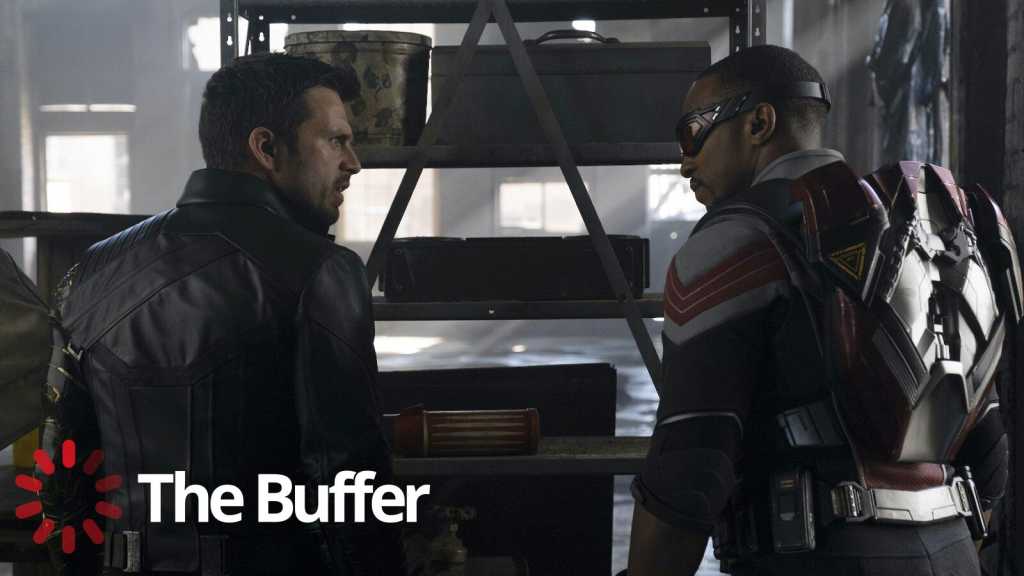 Streaming series tend to follow two different release patterns: the traditional weekly schedule, or the binge model in which an entire series drops at once. Both have their benefits and downfalls, but with recent weekly hits making waves, is the binge’s time up?

The success of the weekly release model right now is most obvious with the Disney Plus hit The Falcon and The Winter Soldier. The second live action MCU show has already been confirmed to have the biggest audience of any show on the platform so far – beating out WandaVision and both seasons of The Mandalorian.

Whilst other factors such as the Super Bowl commercial will have aided this, the show’s weekly marketing cycle has also been crucial. After each episode, Marvel has released new trailers and featurettes, each focusing on a topic explored in the episode that most recently aired.

The best viral moment was how quick Disney were to act on the ‘Zemo cut’ which caught fire on Twitter. People first shared a few-second clip of the character dancing after actor Daniel Brühl revealed in an interview to Entertainment Weekly that there was further footage. Not even a few days later Disney released a 30-second Twitter short, plus a meme-worthy one-hour YouTube cut.

The conversation generated after each episode can’t be replicated. From a PR perspective, streaming platforms will gain a whole lot more coverage from theory deep-dives and recaps both in articles, videos and podcasts from weekly releases.

Publicising in turn creates fan and audience conversations, both on social media and in real life. That means that even if you’ve not heard of the show before, you may be tempted to give it a try because the last few episodes are available to stream, plus there’s more on the way – so you can join in on the telly chat.

Even the leader in binging – Netflix – is trying its hand at weekly releases with reality show The Circle USA, among others. Vice-president of unscripted Brandon Riegg told The Hollywood Reporter that “…certain types of shows, which includes or competition shows or an arcing narrative like Love Is Blind, were the sorts of shows that [viewers] wanted to talk about and discuss and dish”.

Of course, the weekly releases haven’t gone down well with all MCU fans. In fact, IndieWire criticised WandaVision for being too slow – which was down to a combination of the unravelling mysterious plot and the seven-day wait between new episodes.

Before streaming services, many of us wouldn’t have had this issue, as the weekly model is exactly what broadcast TV uses. However, binge culture has made our attention spans much shorter, especially over the last year when streaming services became our new best friend and a source of comfort with nothing else to do.

As The Conversation explains, technology today is so convenient that it takes the work out for us. Viewers want entertainment quickly without having to think about it, and Netflix provides this short burst of immersion with all of its new releases.

There are all kinds of features built into Netflix to help enforce bingeable watching. From the fact that the new episode of a series will automatically play unless the setting is toggled off, to trailers kicking off as soon as you hover over a thumbnail, to the popular shows and films carousel that sits on the homepage to give you FOMO on the latest piece of content.

It’s easy to see why Netflix has all these features as part of its platform, as bingeable shows have worked wonders for them in the past – the first season of Stranger Things was a cultural phenomenon in part due to all the episodes being ready and available to watch from launch.

The recent period romance-drama Bridgerton is another prime example of a binge series gaining mass attention – something that no doubt contributed to a renewal of three more seasons. Plus, Netflix has so much original content consistently dropping that there’s no worry of the platform running thin – it was one of the few services in 2020 that didn’t have to worry about running out of material.

Disney Plus on the other hand has a handful of the originals that Netflix does, and only a select few new releases per month. Therefore, the platform helps keep audiences interested – and therefore subscribed – by rolling out episodes weekly.

Bingeable series also open up a whole other can of worms: spoiler culture. Whilst this can still be an issue for weekly releases, viewers are generally more accepting as there’s only one episode to catch up on. However, audiences are less forgiving about series endings being spoilt on Twitter the day the whole season drops because not everyone has the time to binge it immediately.

There are exceptions to the two models. Amazon Prime Video has used a hybrid release with some of its biggest IPs; the dark comedy superhero hit The Boys released three episodes at once, and then switched to a weekly release schedule.

The idea came from the producers, as creator Eric Kripke explained to Collider: “People burn through it in a week or two. There’s an intense amount of activity, and then it sort of fades.

“There’s so many great moments in season two, we want to give it time to marinate, so people can reflect on it and talk about it before they move on to the next thing and be in the conversation a little longer. I think a little anticipation for the fans is healthy.”

This type of hybrid model can be an option for streaming platforms that have never dabbled in weekly releases, and want to try it out. It’s also useful for shows that may not lend themselves to binging. I’m a huge fan of Breaking Bad, but it’s so heavy that it’s difficult to watch several episodes in one go.

Whilst Netflix has traditionally stuck with binge releases for its fictional output, perhaps it could learn something from Disney Plus. Both The Witcher and Stranger Things have upcoming seasons, and have existing fan bases and audiences that are eager to see episodes drop. In general, any big franchises with fandoms attached could reap the rewards of weekly releases.

However, this doesn’t mean that the service should move over all of its content to this model. New series with no existing fanbase are more likely to succeed with the binge model.

There’s less marketing needed (so less money), and having everything ready to go from day one can create more immediate buzz. Plus, the convenience of having all the episodes in one place is helpful for casual viewers who want to pick up the show at their own pace. It’s especially useful for unscripted shows such as documentaries and reality shows that lend themselves to the binge.

At the end of the day, everything is dependent on the existing popularity of a show, the genre of the content, and the viewing habits of its audience. However, there’s no doubt that the recent success of the Marvel shows will give other platforms something to think about.

Ozark may not be new to Netflix, but it’s one of the most gripping things on there that I’m gradually working my way through (see my comment on Breaking Bad and binging above).

Starring Jason Bateman and Laura Linney, the series follows a family that moves out to the remote Ozarks in central Missouri to help launder money for the Mexican Cartel – but end up encountering many snags along the way. Ozark doesn’t pull any punches, so if you’re a bit squeamish then this isn’t the one for you. But if you love thrilling crime dramas, then this is a must-watch.