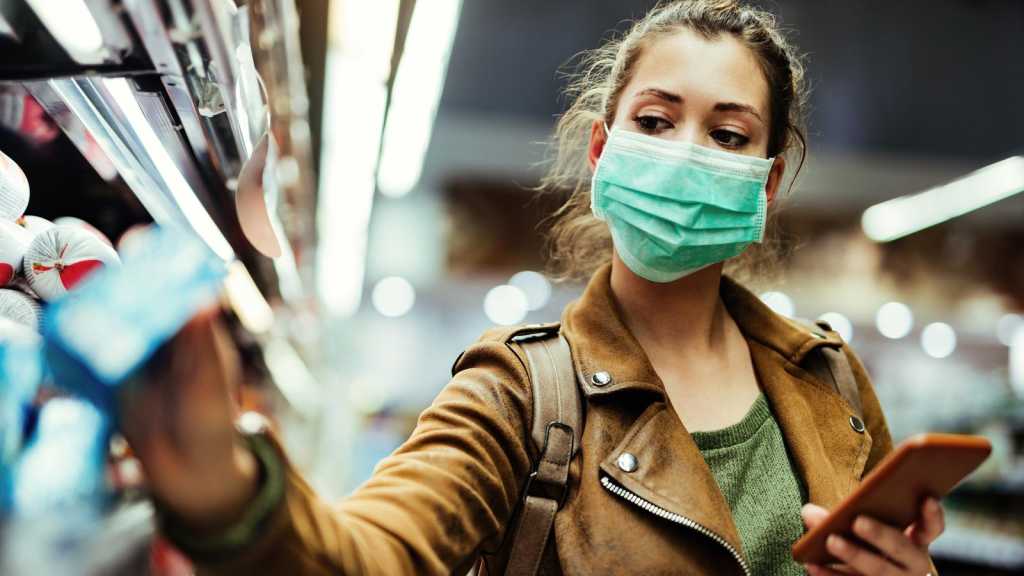 After over three months of desolation, non-essential shops in the UK opened their doors on Monday 12 April to a public ravenous for in-store shopping. Queues snaked around carparks outside Primark stores across the country and staff at Ikea sang and whooped as the first shoppers entered.

Not that you really need the figures, but data from market insight group Springboard (via the Guardian) revealed high-street traffic grew 175% week-on-week on Monday, and 471% year-on-year.

But what does this mean for online shopping?

We’ve all gotten cozy with buying products online throughout the pandemic. While brick–and–mortar high street icons such as Debenhams have had to shut their doors for good (having been open for over 200 years), online retail has never been stronger.

In January 2021, the proportion of good bought online spiked to a record 35.2% of all retail, according to the Office for National Statistics. The graph shows the spike in online shopping during the first lockdown. 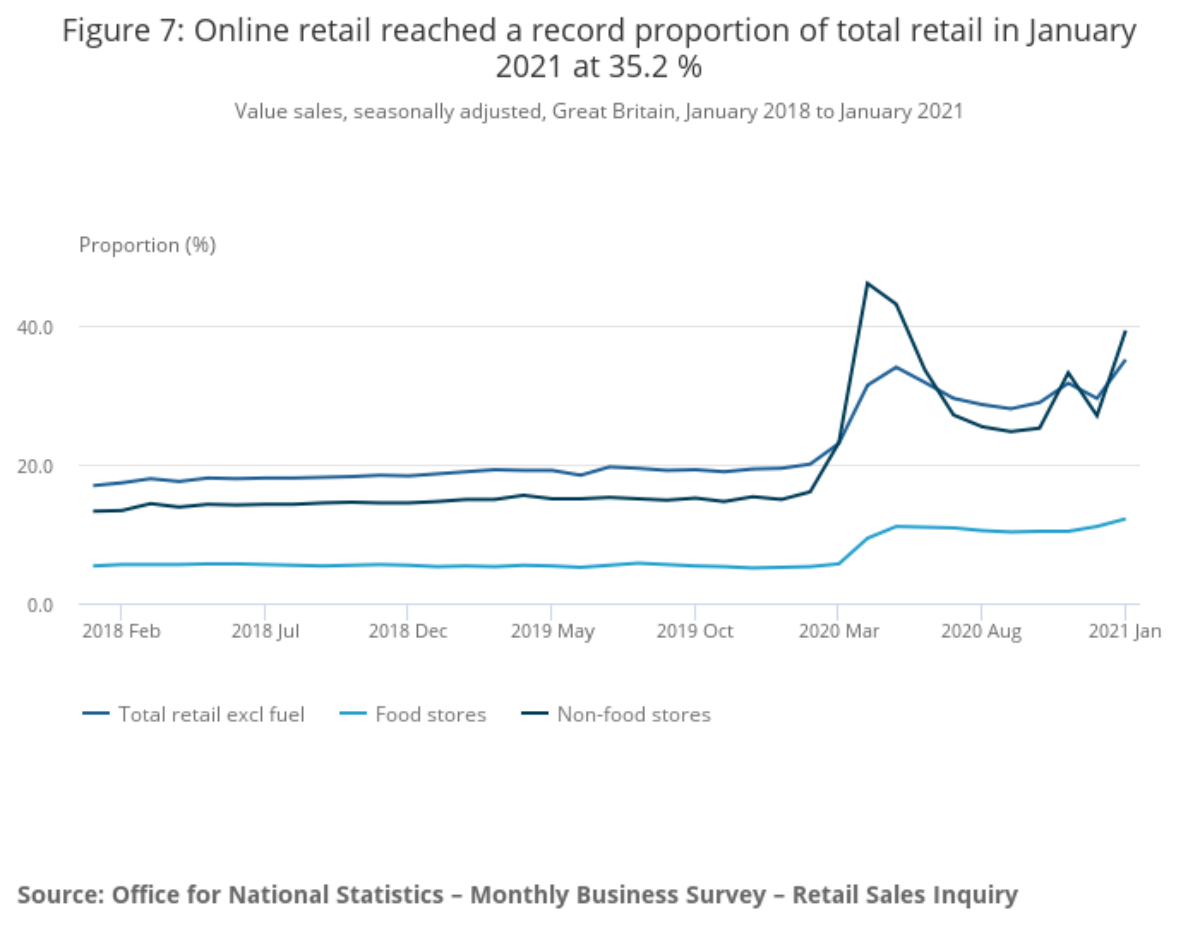 A clear winner has been Amazon, which  trebled profits following its October Prime Day last year. Its net income grew to US$6.3 Billion in the third quarter of 2020, compared to US$2.1 Billion the year before.

But it would be foolish for such e-commerce giants to get too comfortable. They’ll have to get competitive instead, though it won’t be easy.

The challenge will be twofold: keeping the attention of shoppers who want to return to the high street – and more difficult yet – staying relevant as people spend less time online.

This summer, Amazon, eBay and others won’t just be competing to keep shoppers’ attention from high-street retailers, but also from long-separated families and friends, pubs and restaurants, and time outdoors in the sun.

I suspect they will do it with bigger sales and discounts than you’d usually find over the summer, with a focus on services you can’t typically get in-store like buy now pay later schemes, free next-day (or even same-day) delivery, as well as extra discounts from social media posts.

Equally, brick-and-mortar stores may continue what they’ve already started: to incentivise shoppers with exclusive in-store discounts. Competition is good when it means discounts and offers: the consumer ends up the winner.

The pandemic has changed retail forever – let’s watch and see what happens next.