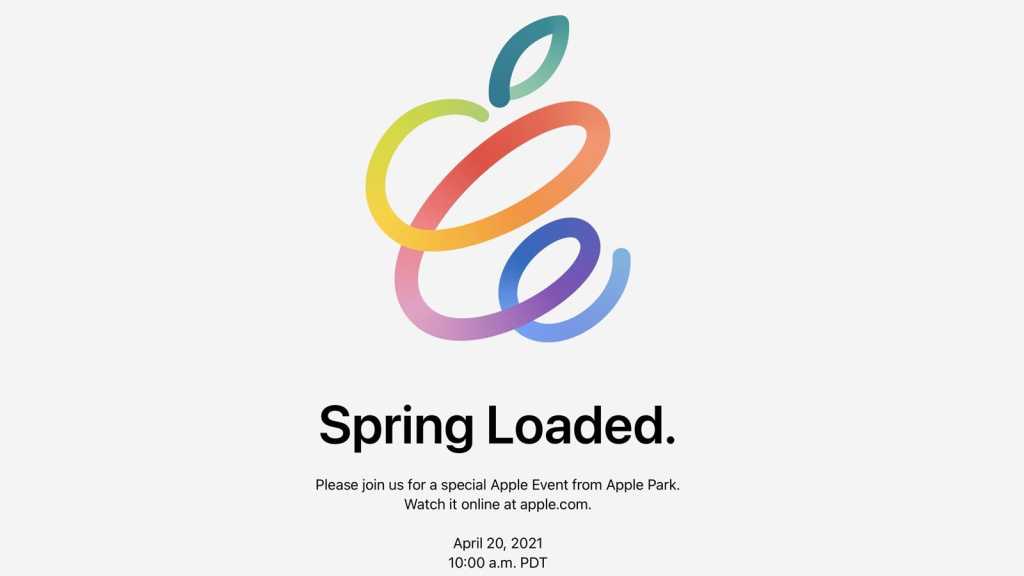 Just hours after Siri ‘leaked’ the date of Apple’s next special event, the company has sent out official invites confirming it’s happening on 20 April.

It has used Spring Forward for its event back in 2015, but this time around it’s Spring Loaded.

Rumours about a new iPad Pro have been virtually unstoppable, with a mini-LED display on at least one model. Mini-LED seems to be the thing to shout about in 2021, as TV makers have been announcing the tech in their new ranges just recently.

Beyond this, Apple could well launch the much-talked-about AirTag tracker and an updated Apple TV (possibly even a mash-up of an Apple TV and HomePod if rumours are to be believed).

Less likely is new AirPods, but there’s not long to wait to find out the details of what’s in store.

As ever, you’ll be able to watch the launch on Apple.com at 10am PDT, which is 6pm BST in the UK.

Until then, you can read in more detail about those iPad Pro rumours and find out more about the other rumoured gadgets on our sister site Macworld.