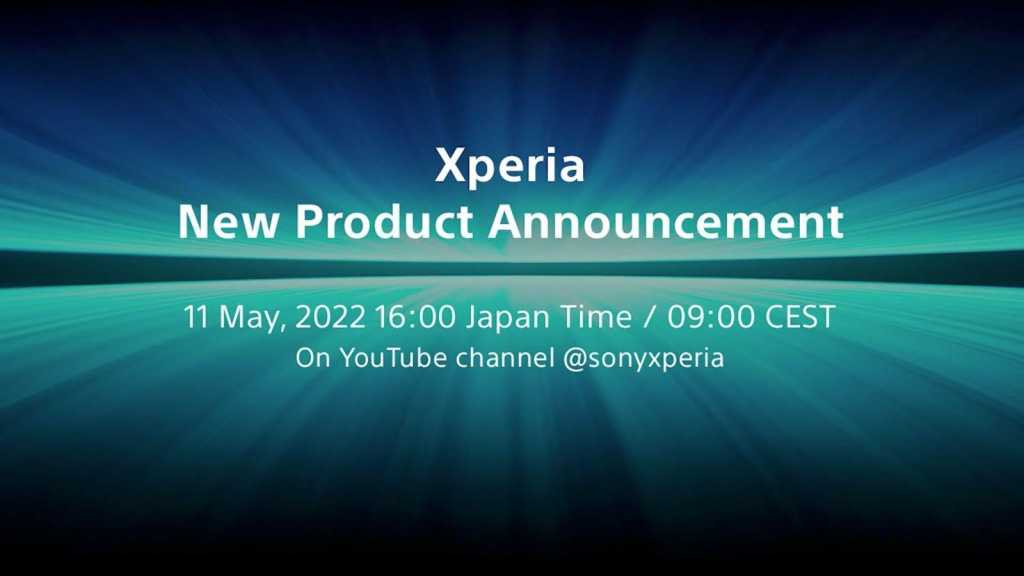 Sony is one of the leading makers of TVs, cameras and games consoles, but it’s struggled to make an impression when it comes to smartphones.

The Japanese company accounts for a tiny percentage of the global smartphone market, while market research from IDC and other companies continues to bundle it into the ‘Others’ category.

However, there are no signs Sony has any plans to stop making phones. The company still has a core group of loyal fans, while simplified product lines have allowed it to focus on fewer products of (hopefully) higher quality.

Sony launched four phones in 2021, with the Xperia 1 III, Xperia 5 III and Xperia 10 III joined by the camera-focused Xperia Pro-I later in the year. We’re yet to see any new handsets in 2022 so far, but it looks like that’s about to change.

The next Xperia event is just a few hours away, with one of the phones we’ll see all but confirmed by Sony. Here’s everything you need to know.

When is the Sony Xperia launch?

Sony has confirmed that the Xperia launch will take place tomorrow – Wednesday, 11 May 2022:

Here’s how that translates to other key locations around the world:

It’s not clear exactly how long the event will last, but it’s likely to be relatively brief. Sony launched three Xperia handsets in around 35 minutes last year.

How to watch the Sony Xperia launch live

Sony is livestreaming the event around the world on its official Xperia YouTube channel. We’ve embedded the video above, or head straight to YouTube if you’d prefer.

There’s no indication it’ll be available to watch elsewhere, but the stream may be embedded into other websites.

What to expect from the Sony Xperia launch

Unlike many other phone makers, Sony only releases a few phones each year. That makes predicting which will be announced at its May event much easier.

But the company has also released a trailer for the event, which all but confirms we’ll be seeing the Xperia 1 IV (Mark 4):

Sony might give it a new name, but make no mistake: this will be a successor to the Xperia 1 III. Rumours suggest it’ll stick with the same core design and features, with upgrades including the Snapdragon 8 Gen 1 chip, more RAM, a bigger battery and faster charging.

Plenty of other key specs remain a mystery, but Sony advertises its suitability for content creation, music creation and mobile gaming in other trailers on its YouTube channel.

The whole event may be dedicated to the Xperia 1 IV, but a more likely scenario is that Sony’s more affordable handsets will also be unveiled. Specifically, we’re talking the Xperia 5 IV and Xperia 10 IV. A smattering of rumours gives a rough idea of what to expect from both phones.

It’s also possible we’ll see a follow-up to the budget Xperia L4 from 2020. However, with no successor in 2021, it may have been cancelled entirely. One device we aren’t expecting to see is a new version of the Xperia Pro-I, which only became available late last year.

However, there may be a significant delay between announcement and release once again. Sony’s main phones from last year didn’t go on sale for several months after the April event.