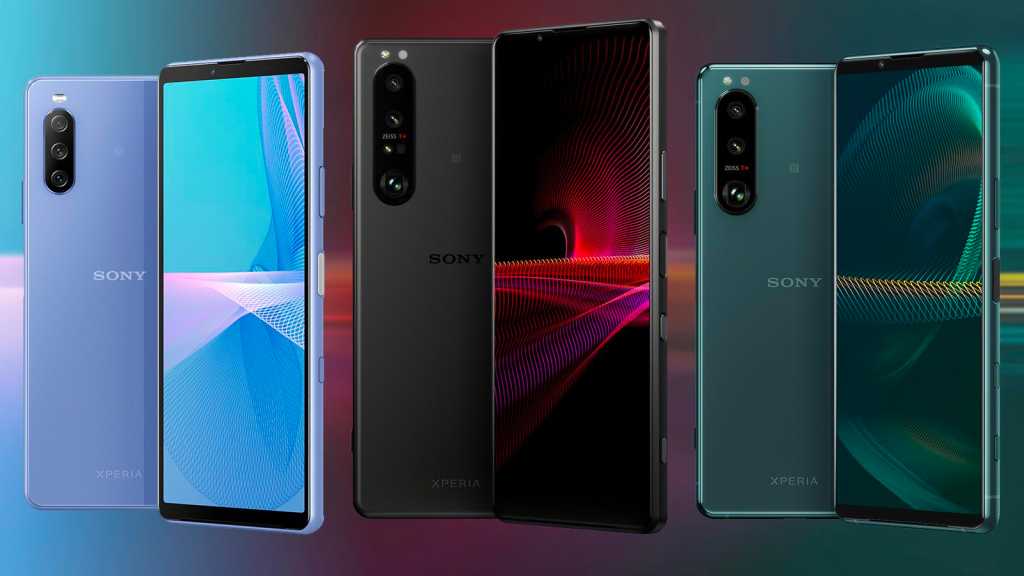 Sony has managed to keep a relatively tight lid on the leaks surrounding its next swath of smartphones but on 14 April the company officially pulled the wraps off of its new flagship – the Xperia 1 III, its first 5G mid-ranger – the Xperia 10 III – and perhaps most surprisingly of all, the Xperia 5 III.

The Xperia 1 III was the most talked-about entry in Sony’s 2021 Xperia portfolio prior to launch, with numerous leaks letting slide what sort of camera and display hardware it would be bringing to the table; the Xperia 5 III, meanwhile, distils down a lot of the technology that the 1 III offers into a more compact form factor (despite not being branded an Xperia Compact device), while the Xperia 10 III leverages a Qualcomm Snapdragon 690 chipset to bring Sony’s mid-rangers into the 5G era.

Let’s start with Sony’s new mobile top-dog. At a glance, it sports a near-identical design to its predecessor; an offset triple camera arrangement on the rear, a narrow sandwich of glass surrounded by a metal frame and bezels that allow for a front-facing camera without the need for a notch or a hole-punch, but look a little harder and there are hints that this phone brings more to the table than last year’s model.

It – and the Xperia 5 III – are still designed to appeal to the same target consumers that Sony has gone after for the past few years (photographers, cinephiles, mobile gamers, cinematographers and audiophiles) and that’s evident in the areas that both devices focus on.

The two headline features of the Xperia 1 III are its display and its camera. Sony is the only big name doling out smartphones with 4K displays right now and while that alone is a feat in itself, the company continues to push the envelope, addressing one of the Xperia 1 II’s biggest shortcomings by gracing the Mark III with a 6.5in ‘CinemaWide’ 4K HDR OLED panel that boasts a 120Hz high refresh rate.

Last year, Sony had consumers choose between the 4K goodness of the Xperia 1 II or the high 120Hz refresh rate of the Xperia 5 II, this year, you only have to decide on display size and resolution.

While there are a wealth of technologies on offer from the Xperia 1 III, its camera is another area of promising innovation, with a triple 12Mp rear sensor setup, supported by a ‘3D iToF’ sensor for depth perception and to assist in focusing.

While last year’s triple camera setup allowed for an ultrawide and a 3x telephoto zoom, alongside the main snapper, this year Sony has upgraded the tele sensor to a periscopic module but not only that, given it the ability to switch between a 70mm and a 105mm focal range, meaning greater versatility than many of its competitors, without compromising on image quality.

Being a flagship, the phone is unsurprisingly powered by a Qualcomm Snapdragon 888 chip, 12GB RAM, packs in 5G, a 30W fast-charging 4500mAh battery (that’s larger than either of its predecessors) and a pair of stereo speakers that are “40% more powerful than its predecessor” thanks to a new speaker box structure and there’s also 3.5mm a headphone jack.

For a full rundown of the phone’s new specs and features, check out our dedicated Xperia 1 III feature for more info.

While the Xperia 1 III and 10 III’s arrival fall within the expected launch window the company has established, based on previous entries in its annual mobile refresh, the Xperia 5 III has seemingly jumped the gun – debuting only six months after its predecessor went on sale.

While the rumoured Xperia Compact has yet to materialise in any official capacity, the Xperia 5 III competently distils down much of the Xperia 1 III’s DNA into a more palm and pocket-friendly footprint that will appeal to those who favour a smaller handset that doesn’t compromise on quality, capabilities or performance (think iPhone 12 Mini or Samsung Galaxy S21).

You get the same triple rear camera setup, with its variable 70mm/105mm telephoto sensor, the same flagship-tier Snapdragon 888 chip at its core, super-smooth 120Hz visuals, a 4500mAh battery with 30W fast charging and 5G.

The smaller 6.1in 21:9 display shrugs off 4K resolution for a more conservative Full HD+ viewing experience, the 3D iToF sensor is absent from the phone’s back – downgrading the Xperia 1 III’s real-time autofocus to simply ‘continuous’ on the 5 III and that’s about everything that you sacrifice moving from the 1 III to the 5 III.

Last year’s Xperia 10 II carved out a niche for itself in the crowded mid-range market by offering a unique combination of features that rivals simply didn’t. A 21:9 OLED display, IP65/68 dust and water resistance, and a 3.5mm headphone jack were (and still are) a unique subset of features, especially for a mid-range device.

With this in mind, it’s of little surprise that for all intents and purposes, Sony has simply swapped out the chipset to a Qualcomm Snapdragon 690 SoC – which brings with it 5G support – and added HDR support to the viewing experience. Beyond that, on paper, the Xperia 10 III appears to be near enough a doppelganger for its 2020 precursor.

Sony has, of course, improved the software experience with audio enhancements and the like, as well as adding in new camera features, previously only found on the company’s flagships to sweeten the pot. Like last year’s Xperia 10 and the Mark III’s launch siblings, the phone also sports a 3.5mm headphone jack.

Rather frustratingly, although the company’s 14 April announcement has given fans a wealth of Xperia smartphone to drool over, there’s little else we can tell you right now regarding when consumers can get hands-on these devices beyond ‘early Summer’; with pricing also still unknown.

For more on all three devices, we discussed the Sony’s launch of the Xperia 1 III, 5 III and 10 III in more detail as part of our weekly podcast, Fast Charge: