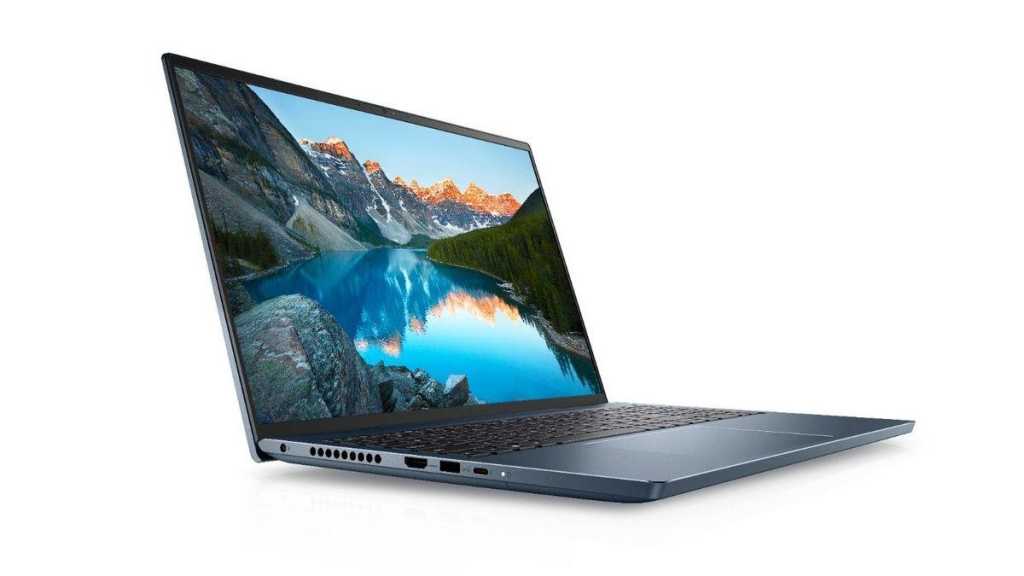 For all the talk of the premium XPS line or gaming focused Alienware lineup, it’s easy to forget just how good Dell’s everyday consumer laptops are. The Inspiron branding groups them together under one name, with prices ranging from under £300 to over £1,100. Dell has now updated many of the PCs in this range for 2021, with a refreshed Inspiron 13, 14, 15 and 14 2-in-1 joined by a brand new device in the Inspiron 16 Plus.

As the name suggests, the latter is a high-end PC designed to be capable of both everyday productivity tasks and gaming. It’s powered by Intel’s 11th-gen Core H-Series, processors that are specifically designed for gaming. There’s also an option for Nvidia GTX or RTX discrete graphics, but Dell didn’t reveal any specific GPUs.

Overheating is often a problem while gaming, but Dell is advertising a ‘robust thermal management system’ that aims to keep things in check. However, with no details given on how it works, judgement will have to be reserved. You also get a choice between a 56Wh or 86Wh battery, although the former might leave you reaching for the charger relatively often.

That 16in display is 3K (3072 x 1920) touchscreen panel, making it the largest screen on an Inspiron laptop to date. It takes advantage of Dell’s ComfortView Plus technology, which aims to reduce blue light emissions without sacrificing on colour accuracy – without having one to hand, it’s impossible to verify these claims.

The Inspiron 15 is already available in a ‘Plus’ variant, but it’s the first time we’ve seen the branding come to this larger form factor. Compared to that device, Dell says the Inspiron 16 Plus has 11% more ‘active area’ within a body that’s only 5% larger.

The Inspiron 16 Plus will start at US$949.99. UK pricing is yet to be confirmed, but it will be available in Europe and North America from 3 June.

As alluded to above, it’s far from the only new Inspiron laptop to launch. Dell has also updated the Inspiron 13, 14 and 15 with Intel 11th-gen chips. They also all have the option for Nvidia GTX or MX graphics, a rarity on devices at this price point.

Aside from the screen sizes, all three offer the same core experience. Highlights include adaptive thermals to help manage power consumption, rapid wake from sleep and an optional fingerprint reader. There’s also ExpressCharge fast charging, which Dell says can recharge all the devices by up to 80% in 60 minutes.

All three devices are traditional clamshell laptops, but if you’d like the extra functionality of a convertible there’s also the Inspiron 14 2-in-1. It offers a choice between the latest Intel and AMD processors, as well as a 14in Full HD (1920×1080) display with 360-degree hinge.

The focus of the latest announcements was Dell’s more affordable hardware, but the company couldn’t resist teasing us about the next generation of XPS. The XPS 13 9310 arrived late last year, complete with 11th-gen Intel processors and choice between Full HD or 4K display.

That model limited you to an LCD panel, but Dell has now introduced a new OLED version of the 13in laptop. The screen was already a highlight, but the introduction of OLED could take it to the next level.

It’s clear Dell wants you to make the upgrade, with the company offering the new OLED model for US$300 when you trade in the LCD model. Pricing for a standalone purchase is yet to be revealed, but it’s available to buy straight away.

Head to the Dell website to buy all the new hardware once it goes on sale.

This news comes hot on the heels of the Alienware m15 R5, the first ever laptop from the Dell-owned brand to include AMD Ryzen processors.