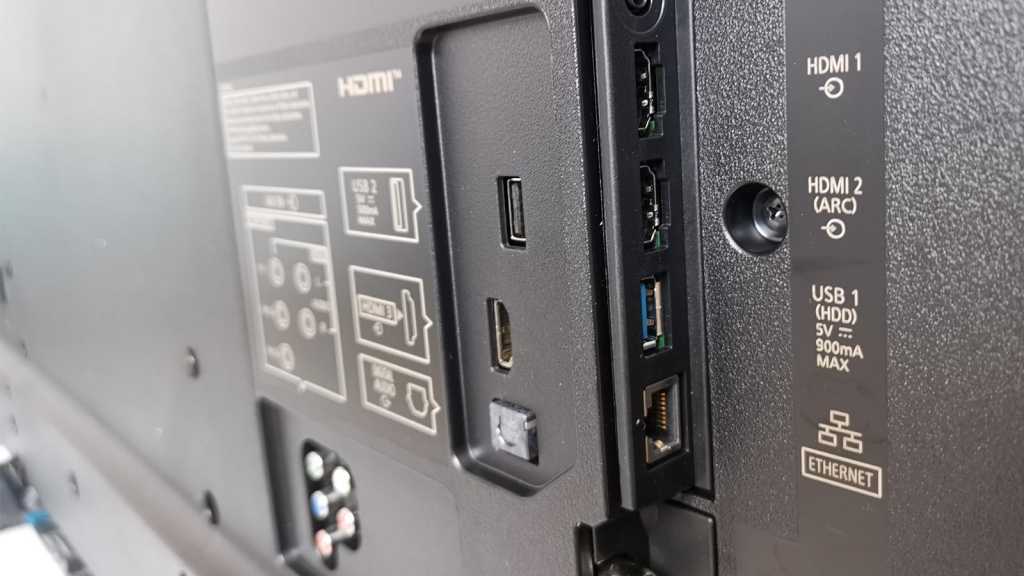 HDMI ports are a staple of TVs, laptops, set-top boxes, consoles, soundbars and more. However, as there are so many variations, it’s sometimes hard to translate exactly what all the terms, version numbers and specs mean for your viewing experience.

Let’s start with the basics – what is HDMI?

HDMI stands for High Definition Multimedia Interface. It is an HD signal that is most frequently used to transfer audio and visual content from one device to another. There are different sized HDMI ports, including mini-HDMI and micro-HDMI. However, the majority of the time, the port will be the standard full size.

You’ll find that devices often have either an output (HDMI out) or an input (HDMI in). The basic differences between these two are that outputs are designed to feed the audio and visual signals, whilst an input is designed to receive them. So, for example, you’d feed data from your console (HDMI out) to your TV or monitor (HDMI in).

Your port should be labelled. If it’s not, it should be fairly intuitive as to which one it is, but check your product manual or the manufacturer’s website if you’re not sure. The cable is normally identical at both ends so it shouldn’t matter too much. As you can see below on the picture of the Xbox Series X, the HDMI out port is clearly labelled as such.

Most modern TVs will have multiple HDMI ports. If you have an older TV or lots of devices, you may have more devices than ports. You can however get around this by using an HDMI splitter and/or an HDMI switcher.

You can also read about the differences between DisplayPort and HDMI. If you want a TV with a good range of ports, then you can find options in our roundups of the best TVs and best budget TVs.

What the different HDMI versions mean

There are different versions of HDMI ports, which usually varies depending on how old your model is. And it’s not very obvious because they’re rarely labelled and use no colour-coding system as USB has done in the past.

The type of HDMI port is indicated by the number that follows it. To break this down into the simplest terms, this number mainly translates to the highest video resolution which it can support, as well as the refresh rate.

There are other differences but it starts to get complicated and typically won’t make a difference to the average user.

Here’s a breakdown of the key specs of HDMI versions:

Most tech products with HDMI have been at least HDMI 1.4 for many years. If your device has HDMI 1.4, you’ll still be able to get 4K content, but not at the highest refresh rate.

Keep in mind also that to get the highest resolution and refresh rate, both your devices need to have the same HDMI port. For example, if you have a PS5 (which can output 4K at 120Hz via HDMI 2.1), but your TV only has HDMI 1.4, you’ll only be able to get the maximum resolution available on HDMI 1.4.

The console will still work, but you won’t get the crazy resolution figures that PlayStation advertises. You can find out more in our console combability guide.

Some TVs also have HDMI ARC ports. These are designed for use with soundbars (ARC stands for ‘Audio Return Channel) and are used in place of an optical cable. You can read more about these in our HDMI ARC explainer article.

What HDMI port do I have?

If your port isn’t labelled on your TV the only way to know your exact port is either by consulting the product manual, which will have either come with the packaging, or can likely be found on the manufacturer’s website.

The specs sheet may also be found on the website that you bought the item from. The example below shows that it can handle 4K at 60Hz rather than the HDMI version number.

What HDMI cable do I need?

The final thing you’ll need to get the highest resolution you want from your TV is the correct HDMI cable. There’s lots of different types of cables floating around, from the standard HDMI cable to the 8K Ultra High Speed HDMI cable. Don’t let the marketing or naming confuse you – the most important things you need to know are what resolution, Hz and speeds it can handle.

For example, if you want 4K resolution at 120Hz, the product listing for the cable must list this. You’ll also need a minimum speed of 18Gbs to keep up with 4K. Sellers on Amazon usually list these specs in the title for the product, but otherwise you should be able to find it on the listing. The bog ‘standard’ HDMI cable won’t be enough if you have a high-spec screen and want the best resolution from it.

Your TV will likely come with the correct cable that you need, and many connecting devices like consoles also will. However, if you misplace this or don’t have the one you need, all of these cables should be available from most tech retailers such as Amazon UK, Currys, Argos and more.

If you want to know more about HDMI cables work and need some recommendations, then take a look at our roundup of the best HDMI cables you can buy right now.