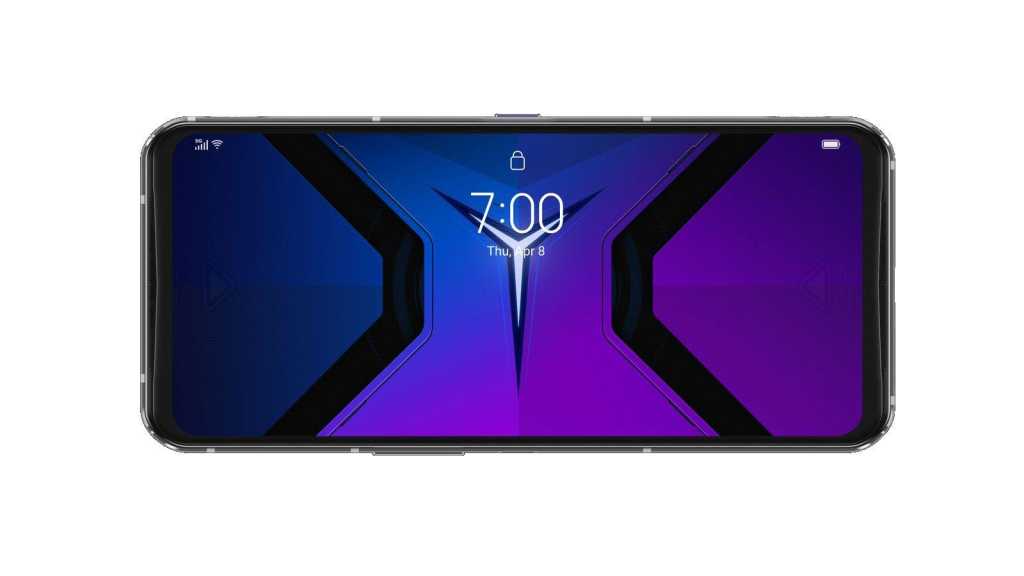 March was the month for new gaming phones, with the the Red Magic 6, Asus ROG Phone 5 and Black Shark 4 all launching within a few days of each other. It looks like that trend is continuing into April, with Lenovo launching the Legion Phone Duel 2 at an event in China.

It’s arguably the most eye-catching of the lot, with a number of features you simply won’t find on other handsets. The most notable of these is a pop-up selfie camera built-in to the side of the device – returning from the first Legion Phone Duel, it’s now 44Mp, complete with an 84° field of view. This allows for wide-angle selfies and footage to be captured while using the phone horizontally for gaming.

The ‘Duel’ branding is in reference to the phone’s two batteries, both 2,750mAh cells which combine to provide a total 5,500mAh capacity. 90W wired charging will get you a full charge in just 30 minutes, although you’ll need to purchase a separate adapter and connect to both USB-C ports at the same time. Lenovo says it’s been designed in this way in order to manage heat distribution and prevent the area around the CPU from overheating. That’s helped by an advanced cooling system, which includes a built-in twin-turbo fan. Crucially, this doesn’t get any louder than 27dB.

This is all housed within a central panel of glass, where you’ll also where you’ll find the unusually-positioned rear cameras. A 64Mp main sensor (capable of 8K video) is joined by 16Mp ultrawide, although it’s strange to only two lenses these days. As this is a gaming phone, there’s also some RGB lighting going on here.

The Legion Phone Duel 2 is powered by Qualcomm’s flagship Snapdragon 888 chipset, which offers top-of-the-line performance and offers 5G connectivity. It combines with 12/16GB of RAM and 256/512GB of storage across two configurations. This central panel of glass is also where you’ll find the unusually-positioned rear cameras, with a 64Mp main sensor (capable of 8K video) and 16Mp ultrawide. As this is a gaming phone, there’s also some RGB lighting going on here.

That’s without even mentioning the display, the area which has arguably seen the most notable upgrade. The Legion Phone Duel 2 is now packing a 6.92in, Full HD (2460×1080) AMOLED display, up from 6.6in on its predecessor. It sticks with the silky smooth 144Hz refresh rate, although the 165Hz Red Magic 6 and 6 Pro are now the market leaders in this regard. One area Lenovo does have the upper hand is touch sampling rate, offering an impressive 720Hz.

There are also a few features specifically designed with gamers in mind. They include a total of eight virtual keys dotted around the device, aiming to provide a controller-like experience from your phone. This combines with a new haptic feedback system for more realistic touch feedback and, hopefully, a more immersive gaming experience. Elsewhere, you also get dual front-facing speakers (complete with Dolby Atmos support) and four microphones with noise-reduction technology.

Check out our round-up of the best gaming phones to see what it’ll be up against.