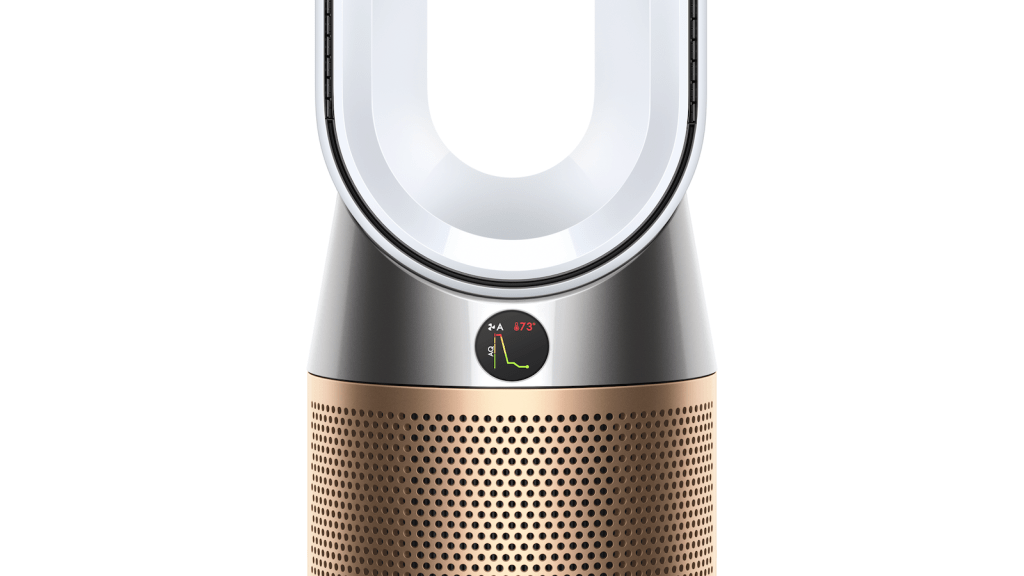 Even before the pandemic, people spent 90% of their time indoors. A good chunk of it was in public buildings, like pubs, cinemas, offices and restaurants. But over the last year, much of that indoor time has been transferred chez vous.

As we’re spending so much time at home, we have more time to worry about indoor air quality and to think about what we’re breathing in while we’re working from home, relaxing at home, eating at home, being bored at home. Hence the new Dyson launch.

I’m not saying that Dyson is capitalising on our fears – exactly. It’s just one of a number of brands that has refocused its attention on the things that may or may not be lurking around us in our homes. And the lurking menace of the day is formaldehyde.

Formaldehyde is one of a group of volatile organic compounds (VOCs) that are present in the air in our homes, given off by common household items. Other VOCs include benzene, ethylene glycol, toluene and methylene chloride. VOCs are gases that can have long-term chronic health effects.

In the United States, the Environmental Protection Agency found that levels of about a dozen common organic pollutants of this kind were two to five times higher inside the home than outside of it – regardless of whether homes were in urban or rural areas.

Where does formaldehyde come from?

You’re most likely to come into contact with formaldehyde via tobacco smoke. But it’s also commonly used to make household items, so it’s given off by manufactured wood products such as furniture and flooring and wrinkle-free fabrics such as curtains. It’s also in carpets, paint and other DIY items.

If you have a lot of new furniture that includes plywood, particleboard, laminate flooring and cabinets, the formaldehyde levels in your home are likely to be higher than normal.

If you have a high level of formaldehyde in your home, you’ll probably already know about it – because you’ll be able to smell it. The chemical smell from new paint, industrial glue and flooring is likely to indicate high levels of VOCs, particularly formaldehyde, which has a strong odour.

Cleaning the air at home

If you’ve recently painted, remodelled your home or laid new flooring, it’s a good idea to make sure you’re not breathing in the chemicals these products emit. If your house smells of chemicals, you’re breathing in chemicals and you can be sure that cheap wood glue is not doing your lungs any good.

But there’s a simple fix. Open your windows. This is the fastest and best way to improve the air quality at home.

However, this isn’t always possible because of the cold, rain and – depending where you live – the outdoor air pollution from traffic and more. So, the other option is to invest in an air purifier with an activated carbon filter.

Air purifiers are a product in which engineering and high-quality construction makes a huge difference. In poorly made purifiers, air will be sucked through gaps in the appliance and won’t be filtered. This means that to get a really effective air purifier, you’re going to have to invest.

To find out more about which air purifier is right for you, have a look at our article on choosing an air purifier. But if you’re ready to buy, Philips has a range of air purifiers that start at £279.99.

Handheld formaldehyde detectors are available for about £100 upwards, but they’re not always very good at distinguishing between different chemicals and we wouldn’t recommend relying on one.

If you have the budget for it and want to invest in a high-quality air purifier with an inbuilt formaldehyde detector, Dyson’s new Purifier Hot + Cool Formaldehyde is available to buy from Dyson for £599.

We think that most people won’t need dedicated formaldehyde detection. However, given Dyson’s engineering pedigree, if you want one, this is the one to get.

Unlike competing products that have a gel-based formaldehyde detector which deteriorates over time, Dyson’s new machine has a solid state detector. The appliance is also equipped with a screen, so you’ll get information about the formaldehyde levels in your home.

But obviously it doesn’t just detect. It also has a fully sealed HEPA 13 filtration system that will remove 99.95% of particles as small as 0.1 microns from the air. Dyson says the filter’s construction will ensure that no unfiltered air is leaked out.

It’s also 20% quieter than the previous Dyson air purifier, which we’ve tested. To see what we thought of the Dyson Pure Hot + Cool, check out our full review.