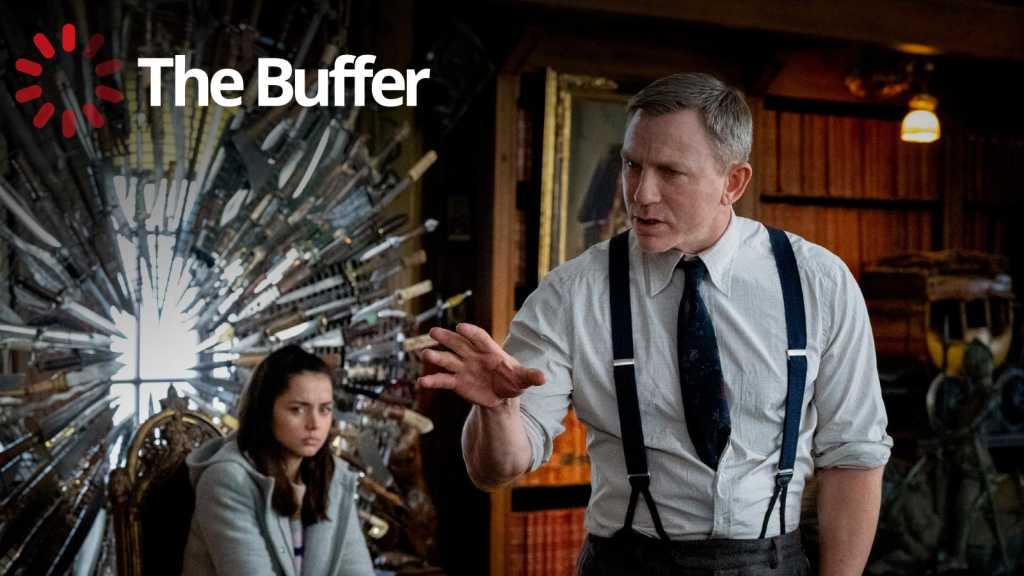 Last Thursday the internet collectively rejoiced as Rian Johnson’s murder mystery hit Knives Out was confirmed to get not one, but two sequels. But what makes this story interesting (and perhaps a little worrying) is that the deal was made with the king of streaming services – Netflix.

Variety revealed that Netflix paid a whopping sum of $450 million for the rights to both films. It is currently unclear whether Knives Out 2 and 3 will get theatrical releases as well – but Netflix typically keeps its titles exclusive to the platform.

Whilst it’s easy to assume that Netflix simply outbid the competition, it’s a little more complex than that. The cinematic landscape in 2021 is more unstable than it’s ever been – with many theatres completely closed at the time of writing. Even when they do open, attendance will all depend on how comfortable audiences feel leaving their homes – which is a combination of whether they’re vaccinated, and personal preference.

Streaming services meanwhile are showing no signs of slowing down anytime soon. In the last year alone, three major streaming services have launched: HBO Max, Paramount Plus, and Peacock. In addition, the Disney+ show The Falcon and The Winter Soldier had the biggest debut of any series on a streaming platform ever. More audiences are turning to streaming, making it a consistent money maker, and in turn a more reliable platform to host new movie releases.

Netflix especially sits at the top of the subscriber list. In 2020 the platform achieved over 200 million global subscribers in total (via Variety) – higher than the original target for the year. The first quarter of 2020 in particular was one of the biggest ever  – with months of record-breaking growth due to worldwide lockdowns (via Forbes). It also helped that several shows went viral, including the bizarre documentary Tiger King and the swoon-inducing romantic period drama, Bridgerton.

The first Knives Out also did incredibly well at the box office. According to Deadline, the film made a net profit of $83 million, and became the second highest grossing original IP (AKA not a movie in a franchise) that year, beating Quentin Tarantino’s Once Upon a Time in Hollywood.

According to The Jakarta Post, creator Rian Johnson had always had follow-up films in mind had the first movie done well, and the studio Lionsgate had backed him. Lionsgate does already own its own streaming service called StarzPlay – which hosts shows from the US premium cable channel Starz.

However, StarzPlay is predominantly a US-based service. It’s available elsewhere as an extra channel through Amazon Prime Video, but it’s nowhere near as much of a global player as Netflix is.

Despite all the positive news, there is a unsettling undertone here. Knives Out is a huge title now and the sequels could have been one of the biggest draws at the box office had they been theatrical only. What we know now is that this deal from Netflix is pulling big franchises away from film distributors towards streaming platforms, and that could be a huge problem.

The financial impact of the last year simply cannot be shaken off. Every single studio has had to make a choice: turn to streaming services to get existing films out into the world – like Godzilla Vs. Kong and Black Widow; or continue to delay movies like upcoming Bond film No Time to Die, resulting in a loss of money from marketing materials such as continued changes to trailers, posters and promotional assets.

Even when vaccinations are widespread worldwide, film studios have a long way to go before they can expect the kinds of profits that they were making before COVID. This deal with Netflix for Knives Out is one of the most expensive acquisitions of a film franchise ever seen, and no doubt it’s going to raise some interest from production companies, distributors and other streaming services who are looking to cut similar deals.

But if streaming services play a prominent role in blockbuster releases, what does that mean for the cinemas? If they don’t get films first, it could be catastrophic. According to The Economist, AMC reported a 77% fall in revenues last year, and a net loss of $4.6 billion. The article claims that the biggest loss was down to the loss of Marvel films, which were one of the biggest drivers in getting bums in seats.

Of course, some studios have expressed an interest in helping preserve future of cinema. Despite the bonkers deal inked with HBO Max earlier this year, Warner Bros. is now putting a 45-day release cap on all its films releasing in 2022, meaning that movies will have to stay in theatres for this amount of time before they can hit any other streaming services.

Whether other studios will commit to deals such as this remains to be seen. The reliable money in streaming services will no doubt be tempting, especially as a full return to cinema visits still seems a long way off.

Nonetheless, dual cinematic and streaming releases may be helping revitalise the world of cinemas. Godzilla Vs. Kong earned $385m (£205m) in its first few weeks at the global box office (via BBC News). This figure includes $32m from the US – a promising attendance considering that the film was available on HBO Max, and that cinemas there are operating at a limited capacity.

According to Bloomberg, Comcast is considering pulling future NBCUniversal films from Netflix and HBO Max and putting them exclusively on the streaming service Peacock to help boost the subscriber base. Whilst we don’t know whether this includes new movie releases, it could pull in the upcoming Fast and Furious title, F9.

In addition, Disney Plus has been testing the Premiere Access feature, and will introduce the first MCU film to this model with Black Widow. This is currently set for a summer release date, around the time that both the US and UK are predicting to have most first vaccination doses offered to the public.

This could be a good indicator of what audience habits are going to be like in the next few years. Marvel has a loyal fan base – but just how willing are they to see this film on the big screen, rather than from the comfort and safety of home?

There’s no denying that this Knives Out acquisition by Netflix could be the start of a new trend in the movie landscape. Studios will be continuing to claw back lost revenue, and streaming services could be a way of helping that. However, I think that when it comes to deals such as this, the smartest and fairest option to all parties is to give films a limited cinema run first before rolling them out to streaming platforms.

This would give a window for that opening weekend box office hype (where most movies typically make the bulk of their money) and would draw some streaming customers away from waiting for it to release at home so they can avoid spoilers and have the exclusivity of seeing it first. Godzilla Vs. Kong is the perfect case study for this – as it hit international cinemas before it was released on streaming platforms.

It is also worth pointing out that in order for films to be eligible for many awards like the Oscars, they must have some form of a theatrical run. Unless these guidelines change, I don’t think that all studios and directors will be moving their future franchises exclusively over to the likes of Netlfix and Amazon Prime Video.

Despite me having a keen interest in streaming services, I don’t want to see the death of cinema in the next few years. No matter how big of a screen you have at home, it just can’t replicate the shared experience and atmosphere of turning up to a theatre on opening day with the smell of popcorn and the buzz in the air. I just hope that the streaming companies are just as keen as I am to preserve this pastime.

As someone who has watched all of The Thick Of It but none of Veep, In The Loop is the perfect bridge between the two. Better yet, the film is available to stream right now on BBC iPlayer for the first time in ages, meaning it’s completely free to watch for UK TV licence holders.

This satire movie stars the potty-mouthed Malcolm Tucker (played by Peter Capaldi) as he works his spin-doctor magic in the world of politics both here in the UK and across the pond in the White House. Some familiar actors from both shows are also in the film, but are playing different characters from the respective series. Nonetheless, it’s just as hilarious and cringe-inducing.