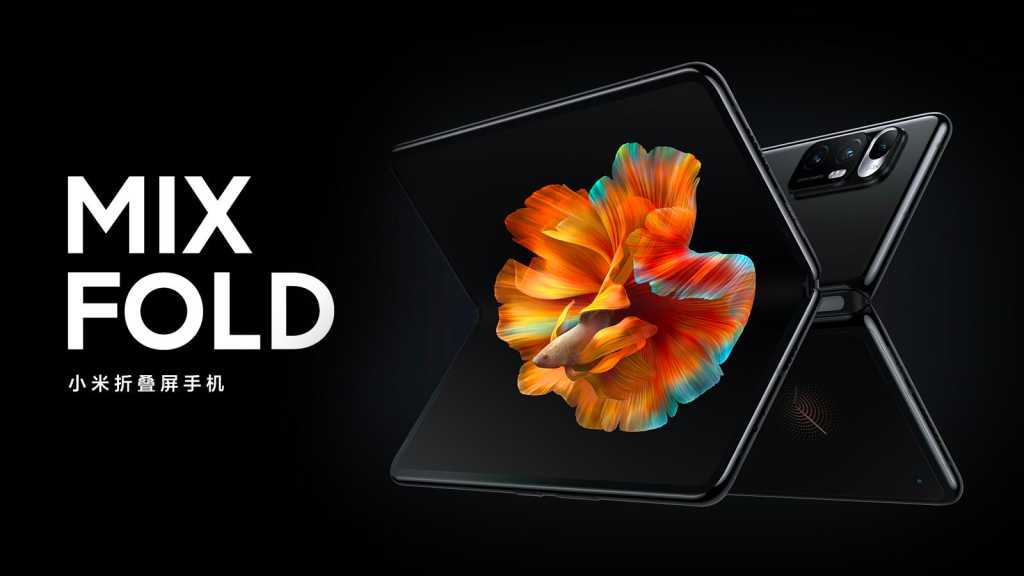 Xiaomi made fans wait until day two of its March ‘Mega Launch’ before it pulled the wraps off its newest Mi Mix entry, but the device was arguably worth the wait, with the Mix Fold serving as the company’s first official foldable phone.

We’ve seen a variety of unusual foldable concepts teased by Xiaomi over the past few years, but the Mi Mix Fold opts for a familiar form, similar to what we’ve already seen from Samsung’s Galaxy Fold series and Huawei’s recent Mate X2.

Based on the imagery Xiaomi has released so far, the bezels of the outer display look marginally thicker than what Huawei’s Mate X2 brings to the table, but the design is still undeniably elegant, especially thanks to that expansive internal screen.

A pair of steel plates joined by the folding hinge system form the structural skeleton of the Mix Fold, with Xiaomi claiming hinge durability that should be able to withstand 200,000 folds without issue.

The two halves of this foldable share more than just the display, with a split 5020mAh battery that supports the same rapid 67W fast wired charging found on the recently-announced Xiaomi Mi 11 Pro and Ultra. The phone’s media chops are also bolstered by two pairs of stereo speakers, tuned by Harman Kardon – a feature that we’ve only ever really seen on media-centric tablets, up until now.

The larger display looks ideal for both multimedia and productivity, with Xiaomi showcasing a specialised MIUI user experience with a dedicated desktop-like mode that can be activated by a simple three-finger swipe; letting users drag windowed apps around for advanced multitasking.

Even without this specialised mode, Xiaomi’s also worked with developers to allow for more robust split-screen experiences that better leverage the additional screen real-estate the Mix Fold affords users. Chinese social media platform Weibo was one example, with the app appearing in two discreet columns: one featuring the platform’s main feed, while the other displayed a focused media view.

It’s unclear at this stage which other companies Xiaomi may have approached to capitalise on the functionality the Mix Fold’s main display facilitates, or how easy it will be for developers to include support for this larger screen off their own backs.

It should come as no surprise that the Mix Fold relies on flagship-class internals to power its dual displays and triple rear camera system; fronted by a Snapdragon 888 chipset and accompanied by a minimum 12GB of RAM, while a special edition ceramic-bodied version of the Mix Fold boasts a whopping 16GB of RAM (the most in a Xiaomi phone to date), along with 512GB of storage.

As for the camera system, it’s led by a 108Mp sensor (which based on its specs looks to be Samsung’s ISOCELL HM2), accompanied by a 13Mp ultrawide and a 3x to 30x ‘telemacro’ sensor that debut ‘liquid lens’ technology – a flexible lens ‘membrane’ that can be distorted to adjust focal length by being pulled on within the camera module.

Xiaomi has included telemacro sensors on a number of its recent releases but this is the first phone in the world to showcase a liquid lens setup – something we initially expected to see on Huawei’s long-awaited P50 series.

While there’s still no international release information regarding the Xiaomi Mi Mix Fold as of yet, locally the phone was made available for pre-order following launch and goes on general sale on 16 April. Xiaomi priced the base model of the Mix Fold, complete with 12GB of RAM and 256GB of storage for just CNY¥9,999 (approximately £1,110/€1,300/US$1,520), undercutting Chinese pricing for both Samsung’s Galaxy Z Fold 2 (¥16,999) and the Huawei Mate X2 (¥17,999).