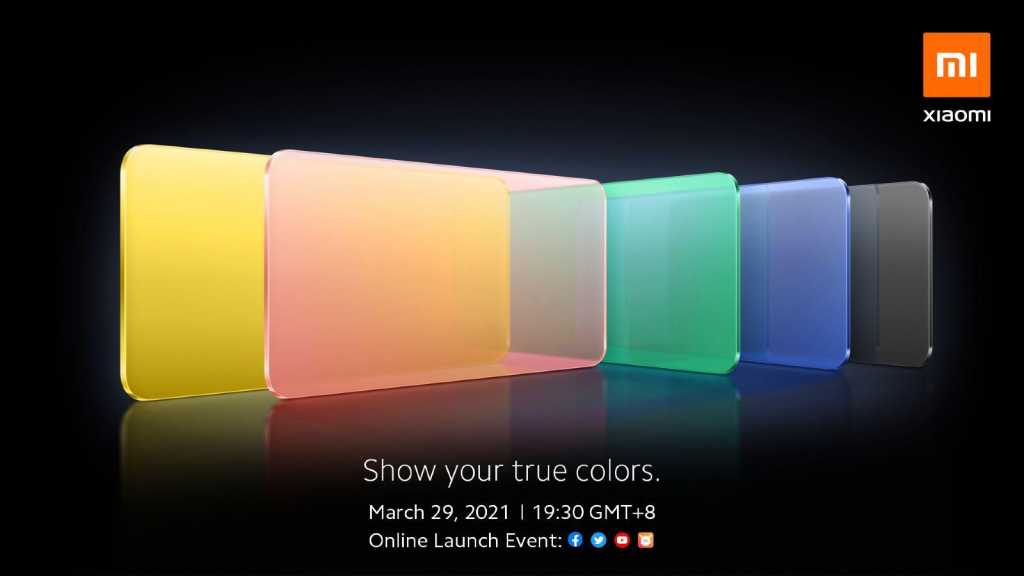 Xiaomi is one of the most celebrated and popular smartphone manufacturers worldwide, but these days the Chinese company makes plenty more than just Android handsets.

A cursory glance at the official website shows that Xiaomi also makes its own fitness trackers, TVs and even electric scooters. We’re expecting the former to see a new addition at the company’s so-called ‘Mega Launch’ today, although the nature of the event suggests there will be plenty more new Xiaomi hardware on show.

When is the Xiaomi Mega Launch?

The Xiaomi Mega Launch will take place today, 29 March 2021. Specifically, it’ll be at 7.30pm in China, or 12.30pm UK time. It’s not clear how long we’ll have to wait for the new products to become available to buy, but Xiaomi usually offers a quick turnaround.

How to watch the Xiaomi Mega Launch live?

The event will be livestreamed to Xiaomi’s official YouTube channel. We’ve embedded the relevant video above, or you can watch via the company’s Facebook and Twitter pages if you’d prefer.

What to expect from the Xiaomi Mega Launch

Since announcing details of the Mega Launch, Xiaomi has been extensively teasing what we can expect from the event. The first one comes from the company’s official Twitter account, hinting at a new smartphone with a vivid display:

A smartphone with a brand new style is coming your way! Don’t miss the #XiaomiMegaLaunch at 19:30 (GMT+8) on March 29th! pic.twitter.com/cnn0naq9Xt

Oppo claims its new Find X3 Pro phone is capable of displaying over 1 billion colours, and it looks like Xiaomi will be doing something similar with its next handset. This is almost certain to be the Mi 11 Pro and Ultra, following a tweet from Xiaomi Senior Product Marketing Manager Daniel D:

Super pleased to be 1st to announce a new star product. Tonight is about a lot of things, one of the most important to me is that we’re going to be rounding off our flagship #Mi11 series. Mi 11i, The Star Performer. Premieres tonight! Tune into our #XiaomiMegaLaunch pic.twitter.com/QXyZFmibUn

The company’s Head of Product Marketing, Abi Go, has also all but confirmed that the Mi Band 6 fitness tracker will be among the devices debuted:

Further tweets from Abi Go and Xiaomi itself have confirmed that at least one of the new smartphones will come with Qualcomm’s new 5G-enabled Snapdragon 780G chipset and an IP68 water and dust resistance rating. It may also have a high refresh rate display, as suggested by another Xiaomi tweet.

With regards to further products arriving today, it’s anyone’s guess. Describing it as a ‘Mega Launch’ suggests the company will be showing off plenty of new hardware, but the only way to know for sure is by tuning in to the event live.