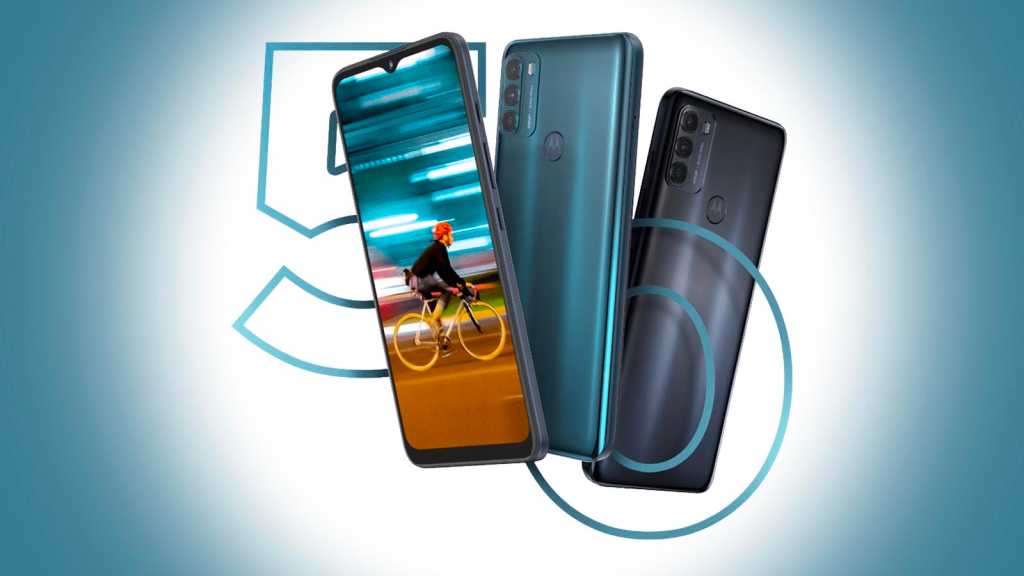 While Motorola dedicated 25 March to the launch of its most powerful 2021 smartphone so far – the Moto G100 – the company also quietly introduced a far more affordable 5G offering, in the Moto G50.

One of the first devices to sport the Qualcomm Snapdragon 480 – the first 400 series chipset with 5G capabilities – the Moto G50 otherwise splits the difference in terms of functionality, compared to the other affordable entries in the tenth-generation Moto G lineup – the Moto G10 and G30.

On the (plastic) back, sits a camera module, similar in design to the G10 and G30 but with one fewer sensor. It’s led by a 48Mp f/1.7 snapper, accompanied by a 5Mp macro camera and a 2Mp depth sensor.

Beyond 5G, one of the most appealing aspects of the G50 for many will likely be its sizeable 5000mAh battery, which should deliver great longevity, considering the phone’s modest hardware. It also supports up to 15W fast charging but Motorola only bundles a 10W charge in-box.

In true Motorola fashion, while there’s no formal IP rating, the phone is listed as “water repellant,” so should be able to withstand a light sprinkle of rain without giving up the ghost.

The rest of the phone’s connectivity chops include Bluetooth 5.0, an integrated FM radio (with headphones included in-box) and NFC – for contactless payments and easy pairing with other devices – not always a guarantee on such an affordable smartphone.

In most markets the Android 11-powered Moto G50 comes in one of two SKUs – both with 4GB RAM but either 64GB or 128GB storage SKU (microSD expandable up to 128GB), and is available in Steel Grey and Aqua Green.

Arrival in the UK market has tentatively been labelled as “in the coming weeks,” with retailers and carrier partners including Amazon, Argos, Carphone Warehouse, Tesco, John Lewis, GiffGaff, O2, Vodafone and EE. The phone is priced at £199.99 – making it one of the most affordable 5G phones out there to date.