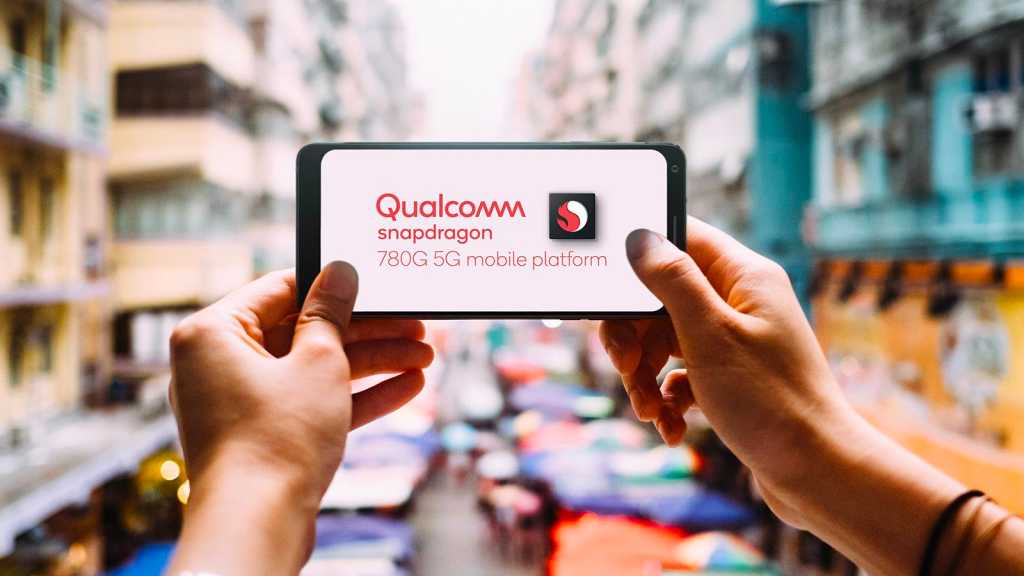 Built on a similar 5nm process to the company’s current flagship chip – the Snapdragon 888, the new Snapdragon 780G looks like it has the stones to serve a new wave of premium mid-rangers, just as the 765G and 768G did last year.

Despite leaking ahead of time, Qualcomm officially pulled the wraps off the Snapdragon 780G on 25 March. Alongside an integrated 5G modem – one of the big advantages that the 765G lorded over the 865 and 865+ last year – the biggest selling points for OEMs are the 780G’s Spectra 570 triple ISP (image signal processor) and Hexagon 770 processor, dedicated to powering through AI-based tasks.

The benefit of a triple ISP setup is that the 780G can handle multiple camera sensor inputs simultaneously (for example, 25Mp stills from a phone’s main, zoom and ultrawide cameras at the same time), as well as improving low-light performance, and facilitating HDR10+-compatible and 4K HDR video capture.

Overall performance falls to a (64-bit) Kryo 670 octa-core CPU architecture clocked at 2.4GHz (the same frequency as last year’s 765G) on its two high-performance Cortex A78 cores and 1.8GHz across its six Cortex A55, with Qualcomm claiming that it delivers a 40% improvement in compute power, compared to its predecessor.

Meanwhile, the sixth generation of what Qualcomm calls its AI Engine relies on the Hexagon 770 to achieve twice the performance of its predecessor when it comes to AI-based tasks, which as Qualcomm states in its release for the 780G, involves practically every facet of modern smartphone usage; from call quality to video quality, virtual assistant interactions and more.

As expected, the 780G won’t leave mobile gamers high and dry either, complying to Qualcomm’s Snapdragon Elite Gaming framework; with a GPU that promises to support ‘ultra-smooth’ gameplay and true 10-bit HDR visuals.

With regards to its integrated 5G modem, the 780G utilises a Snapdragon X53, which supports peak download speeds of 3.3Gbps, over sub-6 networks. As with the top-tier 888, the 780G also boasts Wi-Fi 6E and Bluetooth audio functionality, so it’s well and truly future-proofed from a networking standpoint.

We’re yet to know which will be the first devices to sport a Snapdragon 780G but we likely won’t have too long to wait, with devices rocking Qualcomm’s Snapdragon 888 releasing in the same month as the chip was announced.