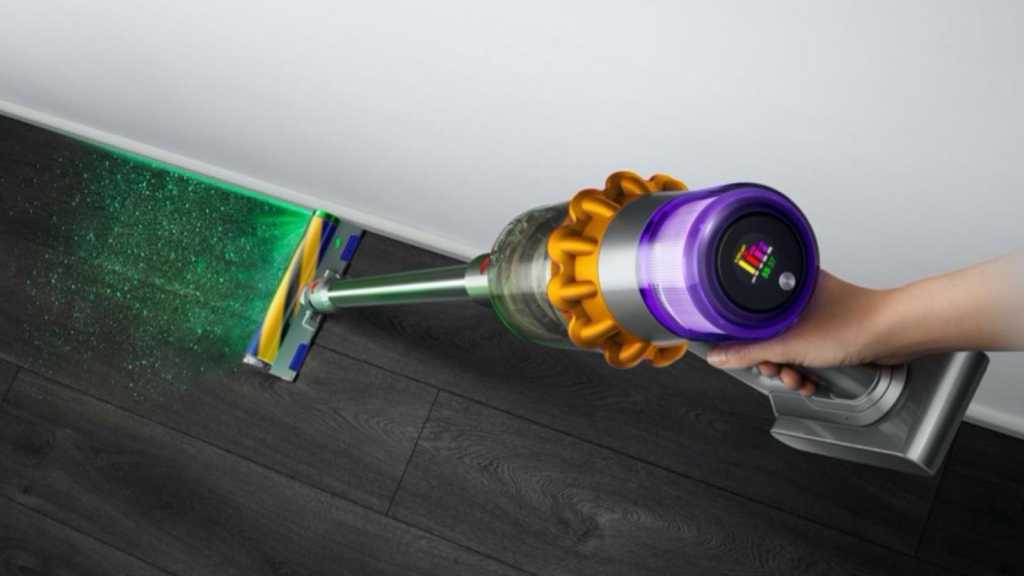 It looks as though 2021 will see a bumper crop of new Dyson cordless vacuum cleaners released, rather than just the expected V12. Following on from the launch of the massive V11 Outsize in the UK, the Dyson US site has announced two new cordless cleaners: the V15 Detect and the Omni-glide.

The V15 is Dyson’s most powerful cleaner yet, with 230AW of suction against the V11 Outsize’s 220. But rather than representing another incremental improvement, this new cordless cleaner features totally new tech.

The Detect in the name refers to the vacuum cleaner’s acoustic and laser technology.

The V15 comes with the rather sweetly named ‘Laser Slim Fluffy Head’, which features a green laser diode. The diode will illuminate dust, making dust particles that were previously invisible to the naked eye glow visibly. So, if you can see more dust, you can get rid of more dust.

But the V15 doesn’t just see dust, it hears it as well. It’s equipped with an acoustic piezo sensor that sizes and counts the dust particles it encounters. Information on the amount and size of dust particles is delivered to the LCD screen, so the user can see how effective their cleaning process is.

What’s more, in Auto mode, the suction will be responsive, automatically increasing and decreasing depending on the volume of dust it encounters.

There will also be two redesigned cleaning heads, designed to deal with everyone’s most hated aspect of vacuuming: gross hair tangled up in the roller. The anti-tangle Hair Screw is an angled, cone-shaped brush bar that spirals hair off and into the dustbin.

The High Torque cleaning head will also feature anti-tangle tech. It has a polycarbonate comb that catches the hair and prevents it from tangling around the bristles.

The filter on the V15 has been improved beyond the industry-standard Hepa quality, to pick up and contain not just 99.7% of particles 0.3 microns or larger but 99.99%. The other newly released vacuum cleaner, the Omni-glide, has the same improved filter capability.

These innovations are designed in response to people’s increased concern over hygiene in the post-pandemic world. They’re meant to give users more confidence in the success of their cleaning. But we’ll be interested to see whether it reassures or creates more worries.

The V15 Detect is now available from Dyson US for $699.99. The UK release date has not yet been confirmed but the UK price will be £599. You can sign up with your email address on the Dyson website and you’ll be contacted when it becomes available.

The Omni-glide is another all-new cordless Dyson vacuum cleaner, specifically designed for hard flooring. As the name suggests, this slim little cleaner is all about manoeuvrability. It can move in any direction, including sideways, so it’s easy to vacuum around obstacles.

It can also fit into tiny spaces of only 8.15 inches. It’s in many ways the opposite of the Outsize, which is a huge, highly powered vacuum cleaner, with a dustbin that’s 150% larger than that of the V11 and a 25% wider cleaning head. 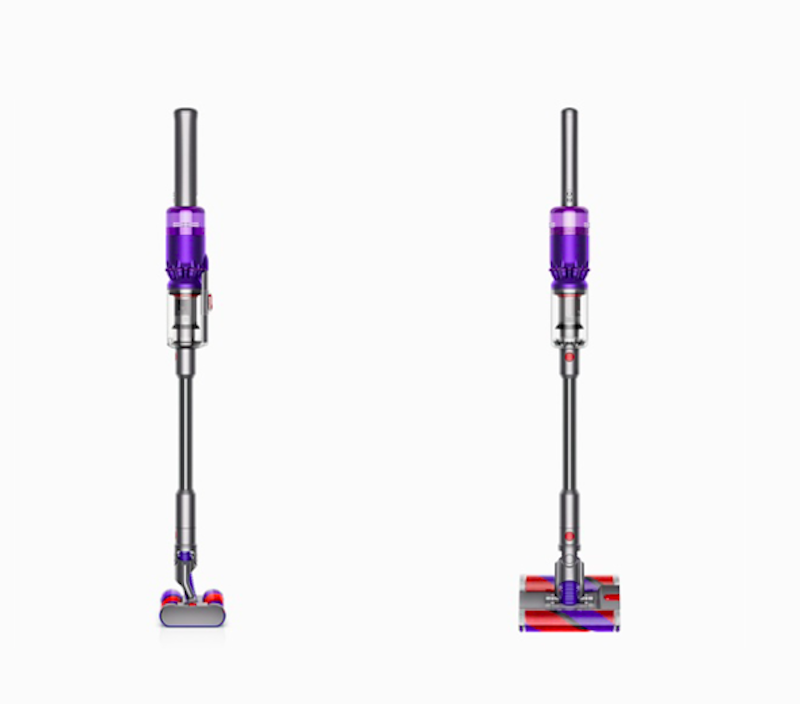 The Omni-glide is the first Dyson cordless cleaner that isn’t just bigger and better but designed specifically for people who live in flats or smaller modern homes with wood flooring.

It’s available now from the Dyson site in the US for $399.99. A UK release date hasn’t yet been confirmed, nor has the UK price.

To see what we thought of Dyson’s latest UK release, check out our review of the monster Dyson V11 Outsize.