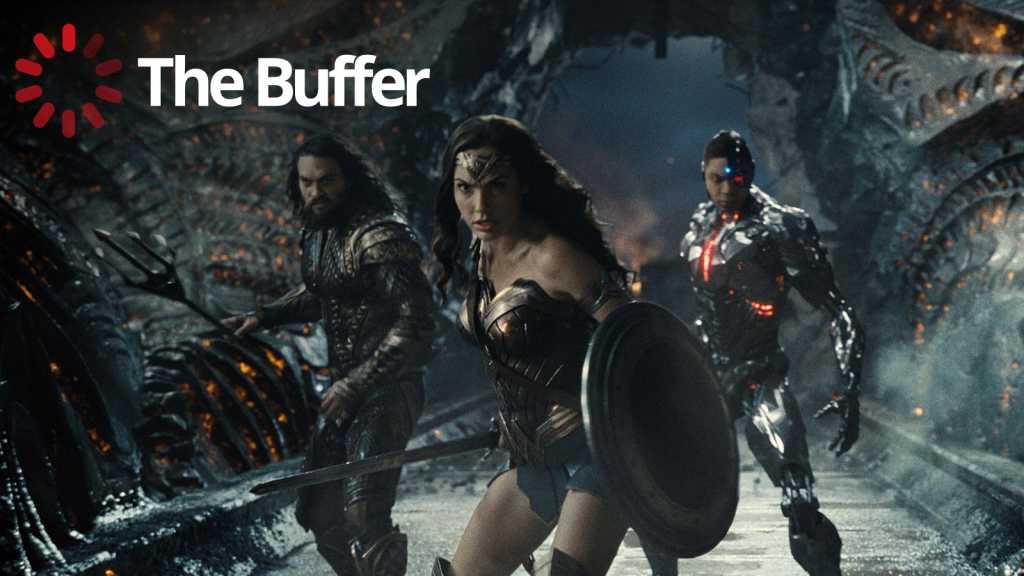 Whilst HBO Max may have made a splash in the headlines for its acquisition of the 2021 Warner Bros. film slate, it has been famous for mainly one thing since its launch back in May 2020: The Justice League Snyder Cut.

The four-hour director’s cut of Justice League is the result of years of fan campaigning and a $70 million financial investment from HBO to restore Zack Snyder’s original vision of the superhero film that was drastically changed by Joss Whedon and the studio when it first released in 2017.

This is a film that could only really exist on a streaming service. The sheer length of it is unsuitable for cinemas, and the grittier tone is more daring and riskier than what Warner Bros. originally released. Not to mention the decision to release it in the divisive 4:3 aspect ratio.

Since its release, the Snyder Cut has received favourable reviews, with Rotten Tomatoes giving a critics’ score of 73% and an audience score of 96% – both improvements over the original critics’ score of 40% and audience score of 71%. The hype for the movie is also suspected to be a huge revenue driver for HBO Max – IndieWire suspects that it could inch the platform towards 150 million subscribers, a goal originally set for 2025.

With the Snyder Cut a rousing success story, does this mean that there’s room for more films like this to come in the future? Well, that all depends on the studios and their relationships with streaming platforms.

For director’s cuts to be worth the extra money and time spent on them, they must already have a cult fanbase that is large enough to make a return on the investment spent on re-shoots, editing, and marketing for a film that technically already exists. It’s certainly a risk for investors and studios to put their money behind.

Warner Bros. has already taken a leap with Snyder Cut, and is even releasing a black and white version for yet another take on the film, so there is scope for other HBO Max DC director’s cuts. The most obvious candidate here is David Ayer’s original cut of Suicide Squad.

The director himself confirmed that an original cut of the film exists, and that Warner’s edits significantly changed a lot of the original vision – especially when it came to Jared Leto’s Joker. As the first film was panned even harder than the original Justice League, it seems like the natural choice to be next in line for a HBO Max release.

I took the hits like a good soldier when the studio cut hit the streets. It’s who I am.
I watched my cut for the first time since it was abandoned.
It is f*cking amazing. On God.

Of course, it would face competition. The sequel to the first film, directed by Marvel’s James Gunn and confusingly called The Suicide Squad, will get a dual cinematic and HBO Max release this summer. It would seem counterintuitive to release two Suicide Squad films close together. Plus, WarnerMedia Studios CEO Ann Sarnoff has now dashed the hopes of an Ayer Cut in an interview with Variety.

These director’s cuts will typically take place outside of a main universe continuity, meaning that the producers and showrunners must be comfortable in breaking linear storytelling. DC has been doing this for a while now and has no such issues in creating alternative narratives for fans to enjoy.

However, that doesn’t mean that every studio and streaming service feels the same. Another big movie that has been campaigned to get a director’s release is Solo: A Star Wars Story. Dubbed the ‘Lord and Miller cut’, this is the vision of the two original directors of the Solo movie before they were let go by Lucasfilm over creative differences and replaced by Ron Howard.

According to Variety, the original cut of Solo was a ‘gritty, grimy palette reflective of the seedy underbelly of conniving crooks, battle-weary war deserters and ruthless criminal syndicates on display.’ It’s a darker tone than what we saw in the final edit, and many fans are wondering how it might have played out.

However, the might of the Disney empire and the Star Wars universe relies on stories interconnecting. The Mandalorian and all future shows and films on Disney Plus are designed to interweave with one another – including animated series such as The Clone Wars.

Plus, with so much new Star Wars content on the way – and so much money spent on these films and shows – Disney probably won’t see the value in a rehashed version of a story that’s already been told. The same goes for any Marvel content, which has already found a way to break away from a main storyline using the concept of the multiverse.

As for other streaming services, Netflix is also another unlikely candidate to be home to experimental director’s cuts. For one, Netflix’s licensing of film franchises varies by region and is ever-changing. Plus, the main focus for Netflix is (and always will be) original content – where it’s strategy is to play the numbers game, throwing out huge number of films but rarely letting any individual one build up the hype required to make a new cut worthwhile.

However, the recently launched Paramount Plus could have a shot at dabbling in director’s cuts. With IPs like Star Trek and Transformers under its belt and first dibs on these films having a streaming home in the future, it’s a natural candidate to alternative cuts of existing films.

Director of Terminator Salvation McG has also claimed that there’s a McG cut of the movie out there in an interview to CBR – but it would require a strong fan drive behind it to make it work – and can you imagine anyone that desperate to see more Terminator Salvation?

If I’m really stretching it, one thing that could make headlines could be an original cut of Sonic the Hedgehog before the studio completely redesigned the hedgehog to look much-less terrifying. Sure, it may not be what fans asked for, but many might be morbidly curious to see what a version of that film could’ve looked like (no, just me?).

Of course, some streaming platforms already host existing director’s cuts. Now features Ridley Scott’s cut of Alien, whilst Amazon Prime Video US has the director’s cut of Donnie Darko. Plus, HBO Max is the first ever streaming service in the US to offer the extended version of The Lord of the Rings: The Return of The King (via We Got This Covered). However, none of these films were created with the secondary goal of driving streaming subscriptions.

In addition, director Chris Columbus has confirmed that an R-rated director’s cut of the Robin Williams classic Mrs Doubtfire does exist (via Entertainment Weekly), though he has no plans to release it. If theoretically this were to get a streaming release, it would be on Hulu in the US and the Star section of Disney Plus internationally, as the film is owned by 20th Century Studios. It’s unlikely of course, but a girl can dream.

The Justice League Snyder Cut is a unique case in the sense that it’s one of the most ambitious director’s cuts we’ve ever seen in modern cinema – love it or hate it. Whilst the official financial return has yet to be revealed officially, we already know it caused a massive stir, and not just in the DC fandom.

HBO Max was also criticised on its initial release for its lack of original content compared to other streaming giants – as have other platforms such as Peacock and Paramount Plus. Director’s cuts could be the unique spin for these steaming services to continue to thrive against mounting competition – but I doubt the likes of Netflix and Disney will be taking this road anytime soon.

The second of the MCU Disney Plus shows – The Falcon and The Winter Soldier – has now premiered its first episode. This show is for those who love classic Marvel action with cinematic fight scenes but want to dig deeper into the motivations and backstories of Sam Wilson and Bucky Barnes.

It’s also more closely aligned with classic superhero fare than its predecessor WandaVision. Episode two drops this Friday, and you can read more about my thoughts in my review of episode one of The Falcon and The Winter Soldier.