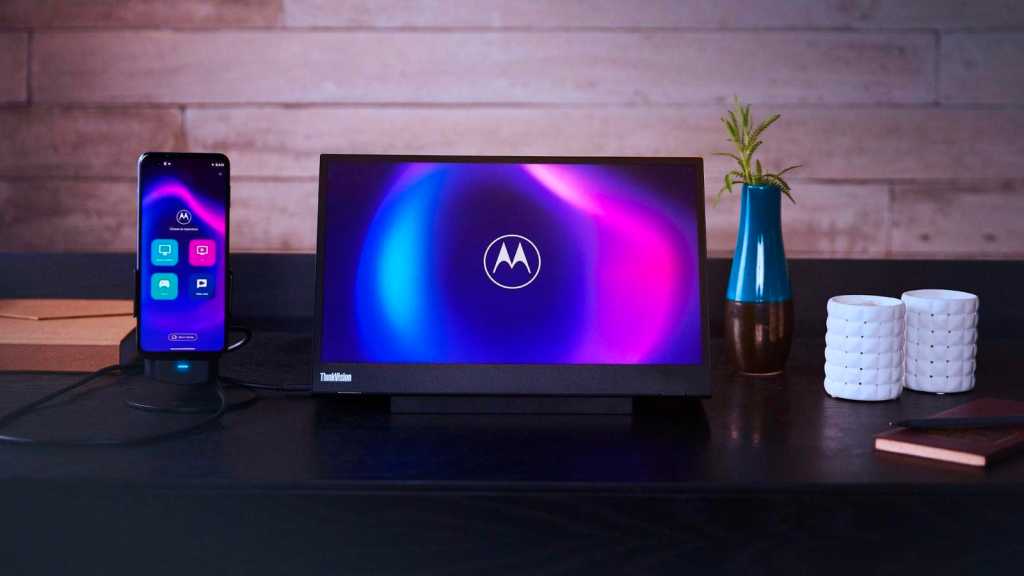 The long-rumoured Moto G100 finally touches down, bringing with it one of the first examples of a phone powered by Qualcomm’s Snapdragon 870 chipset and the debut of Motorola’s ‘Ready For’ desktop-like functionality.

While rumours of the Moto G100 have been floating around since late last year, the phone itself has been on sale in China under another name – the Motorola Edge S – since February 2021. In all but name, the Moto G100 is the same device, but in making that very change, it also marks a milestone for the Moto G brand.

Motorola’s Moto G series was long regarded as the go-to name in the affordable phone market, however, the brand’s success has meant that, over the generations, the company has extended its reach further up into the mid-range and now, with the Moto G100, towards flagship territory.

This is most evident in the phone’s use of Qualcomm’s powerful new Snapdragon 870 chipset; a reworking of the company’s 2020 flagship silicon – the Snapdragon 865 – which features a higher base clock speed that should equate to greater performance over last year’s top phones.

In the case of the Moto G100, along with improved gaming and the like, that clout is used to deliver the company’s new ‘Ready For’ desktop-like user experience.

In a not dissimilar fashion to Samsung’s DeX, Huawei’s desktop mode or indeed Motorola’s own Webtop mode from the early 2010s, by connecting an external display, mouse and keyboard to the G100 (via a dedicated dock), users can use a more robust desktop-like user experience that supports windowed apps, gaming and more.

Motorola will be bundling the Moto G100 with the dock (pictured above) so that owners can leverage the full functionality of the phone, including Ready For, from the get-go. In the UK, the G100 is slated to cost £449.99 (which includes with dock) and the phone will be on sale from both Motorola and Amazon.