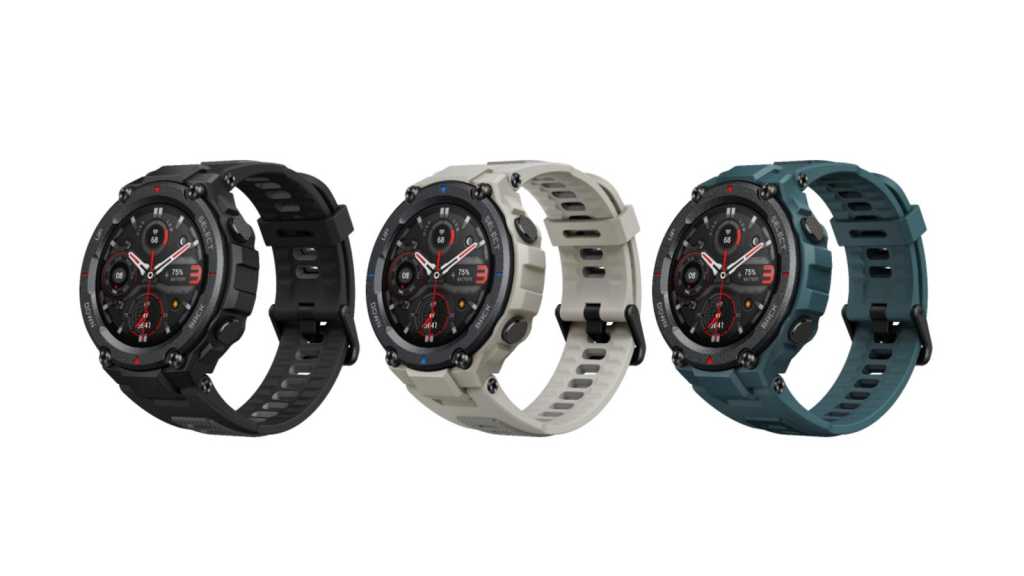 After releasing its first rugged smartwatch last year with the T-Rex, Chinese wearable brand Amazfit is releasing a more advanced version called the Amazfit T-Rex Pro. The watch is releasing in the US and Europe today, priced at US$179.99/€169.90. It will be available in the UK on 31 March for £139.

The watch is designed for outdoor enthusiasts, built for extreme weather conditions with 15 military certificates – three more than the standard T-Rex – and an IPX8 rating with shock resistance. The watch comes with over 100 exercise modes, more sensors and measurement tools, plus 10 ATM water resistance.

The Amazfit T-Rex Pro sports a round HD AMOLED always-on display, measuring 1.3in. The face is surrounded by an angular metal-sprayed bezel and comes with a rugged silicone strap. You can get the watch in a choice of three colours: black, blue and grey.

The latter is designed for users climbing mountains, allowing people to record how high they’ve climbed. The watch can also measure bloody oxygen saturation levels (SpO2), though this data isn’t backed up by a professional certification. 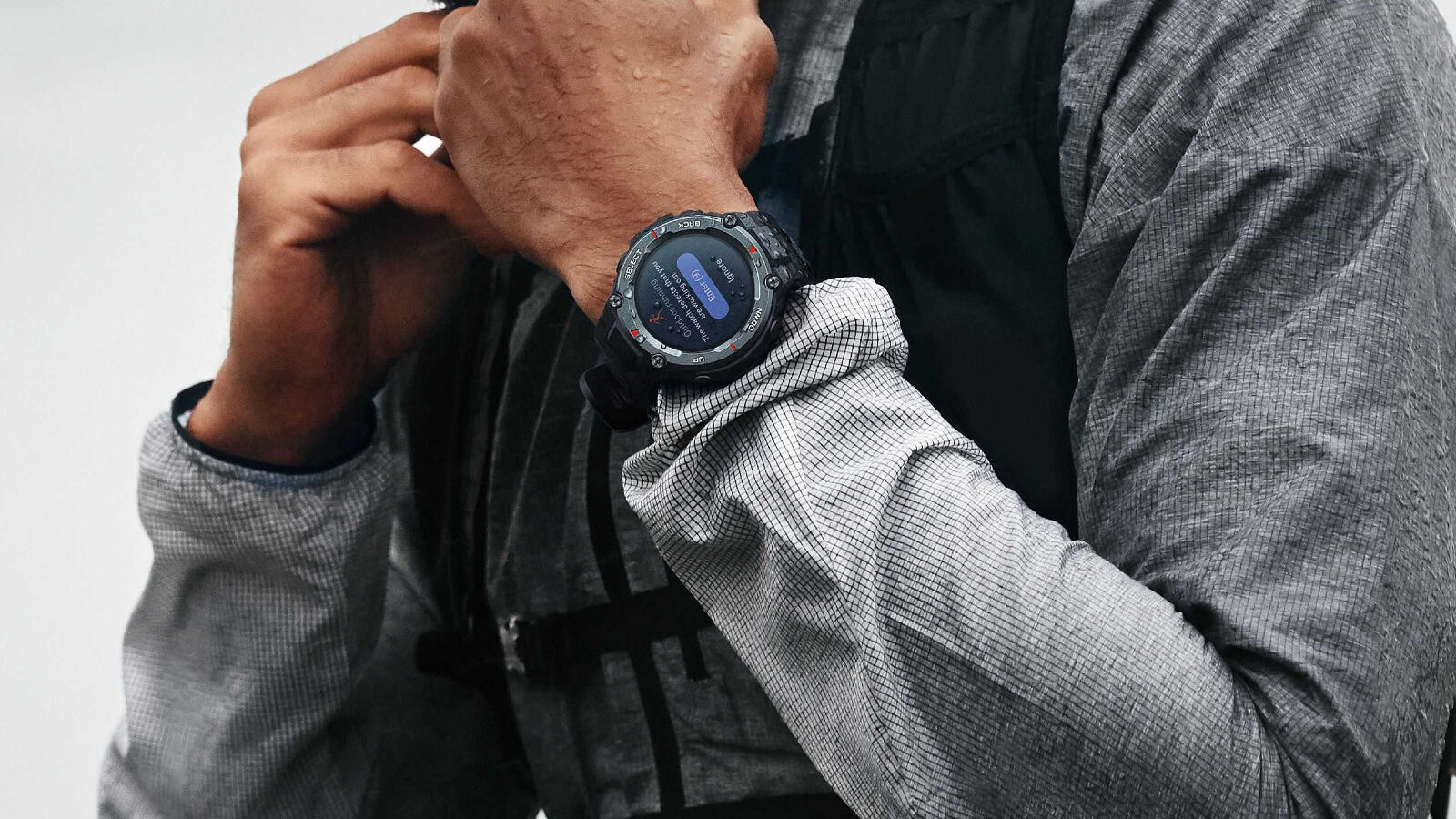 The exercise modes on the watch include hiking, skiing, snowboarding, kayaking, and more common sports such as running, swimming and cycling. There’s also an ‘ExerSense’ feature, which allegedly recognises when the user is exercising across eight core sports modes. All data will be recorded in the accompanying Zepp app.

Whilst all these added features are bonuses, the T-Rex Pro has an average battery life of 18-days – two days shorter than the standard T-Rex. That being said, the T-Rex retails for £129/€139.99/$139.99, and only features 14 sports modes for tracking. Therefore you’re only getting a small bump in price in return for more features and sensors geared towards outdoor activities with the T-Rex Pro.

Like most other Amazfit wearables, this device can also track your sleep, monitor your stress levels, be used for calendars and timers and store notifications from your phone. There is however no support for Amazon Alexa like there is on the Amazfit Bip U Pro. 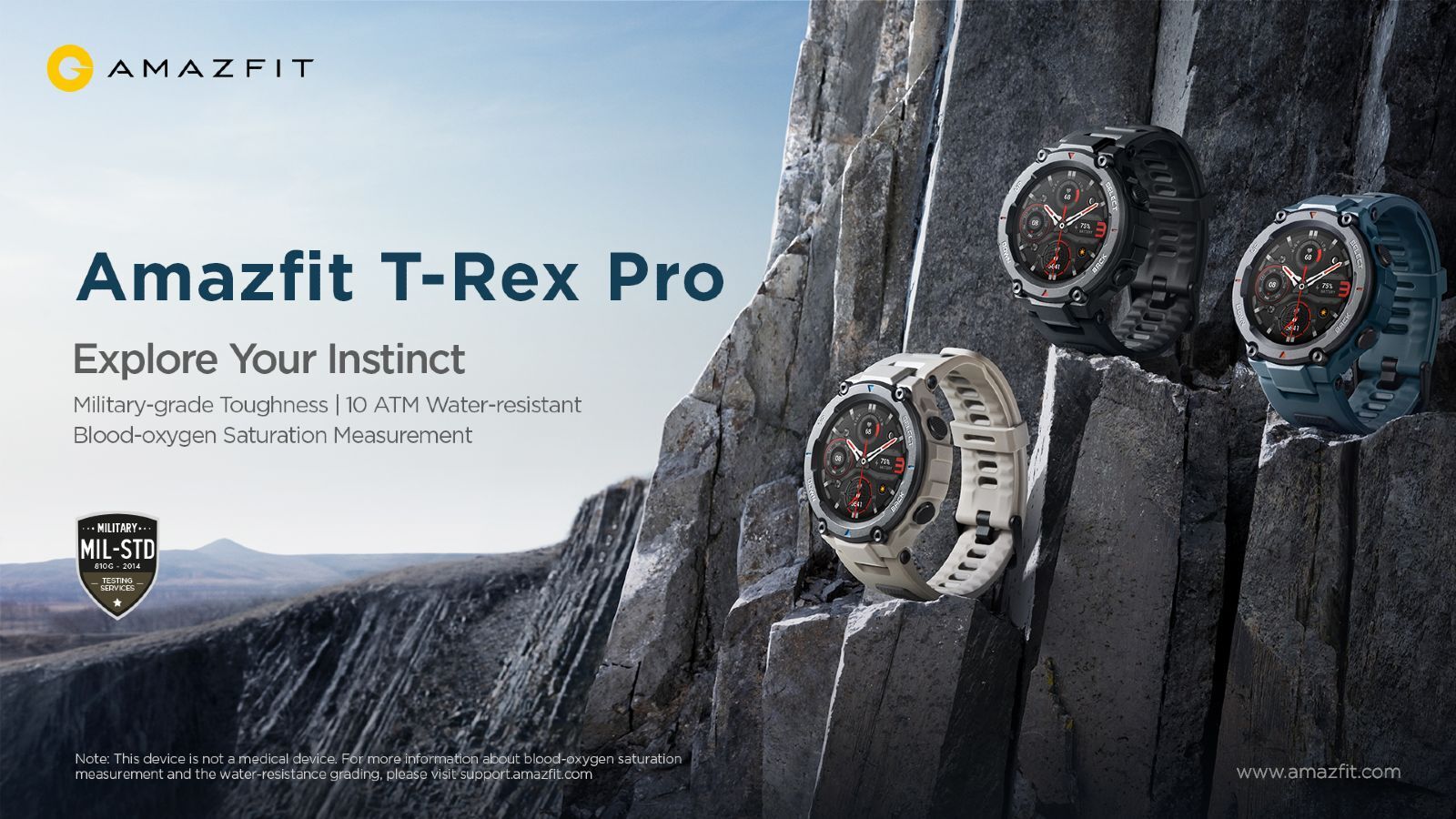 If you’re in the US and other parts of Europe, you can purchase the Amazfit T-Rex Pro today from the Amazfit US and EU stores. UK readers meanwhile can buy the watch from Amazon and Argos when it goes on sale on 31 March. You can also check out our picks of the best fitness trackers and smartwatches.