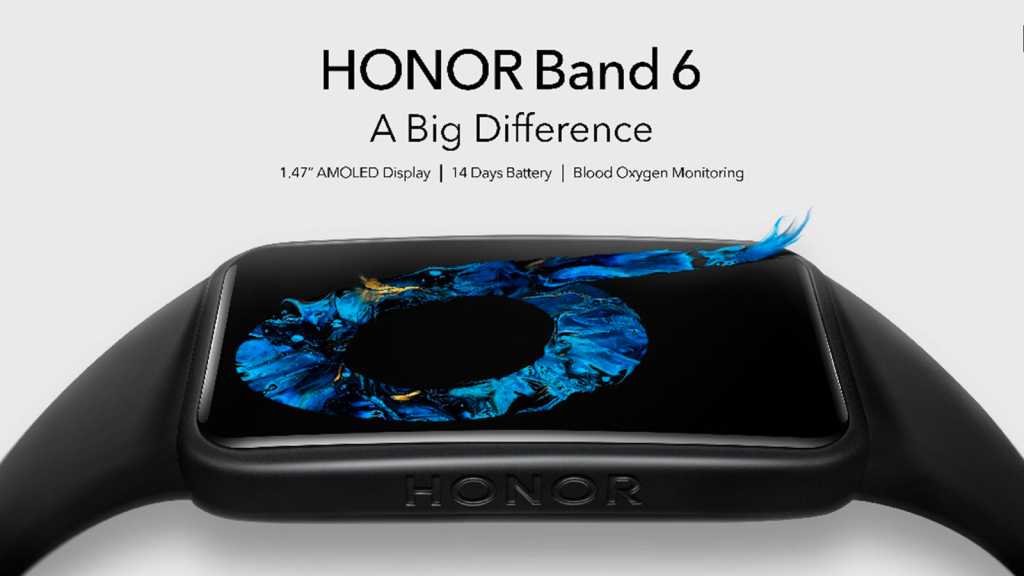 Honor originally launched the latest in its popular Band fitness tracker line – the Honor Band 6 – in China, back in November, last year. After promise of a global launch during CES 2021, the Band 6 is only now coming to markets internationally.

The Honor Band line has managed to muscle into the competitive fitness-tracker market with an enticing value-for-money proposition, taking on the likes of Xiaomi’s Mi Band trackers, among many other notable rivals.

The Honor Band 5 Sport proved to be a surprisingly versatile tracker when we reviewed it, despite retaining a relatively barebones feature set. With the Band 6, Honor has enhanced functionality across the board and given the design a complete overhaul.

A new, larger 1.47in AMOLED display – closer in style to that of the company’s Honor Watch ES – is the Band 6’s most obvious upgrade, but it also includes SpO2 monitoring, continuous heart rate monitoring and the promise of up-to 14-day battery life, with fast charging.

There’s also support for ten workout modes, including swim tracking, stress tracking, sleep tracking and a wealth of watch faces. While the Band 6 doesn’t appear to rewrite the rulebook, the larger display’s ability to convey more information at a glance seems like a great user benefit.

Perhaps the most unusual thing about the Honor Band 6 has been its launch, with the company promising an international release back in January 2021, that hasn’t manifested in an official capacity until now; despite the tracker (albeit what’s thought to be the Chinese variant) already being available to buy via retailers like Amazon (priced at £52 in the UK).

Honor says the Band 6 will be available for €49.90 in Europe, purchasable from AliExpress starting 28 March (which is when it’ll also be back in stock on Amazon) and Honor’s own HiHonor web store, starting April 2021.