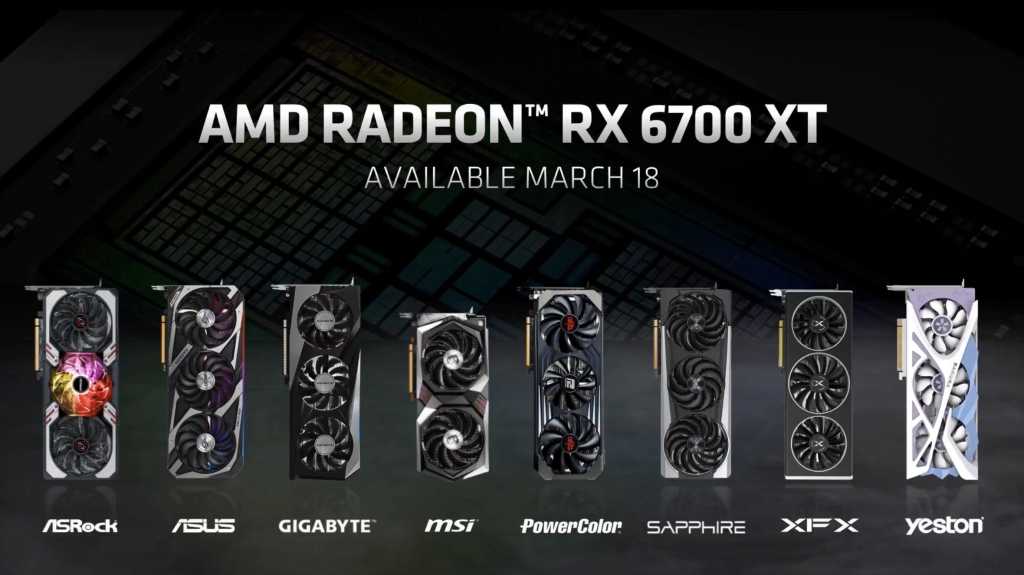 AMD’s answer to Nvidia’s RTX 3070, the Radeon RX 6700 XT, is set to launch today, and as we know from recent GPU releases, it’ll likely sell out incredibly quickly. With such a high demand for GPUs right now, what are 1440p gamers looking to upgrade their rigs to do?

The good news is that we’ve scoured the internet and found all the retailers likely stocking the AMD Radeon RX 6700 XT in the UK at launch and listed them right here, making it easy to check multiple sites at once at launch later today.

When will the AMD Radeon RX 6700 XT be released?

As confirmed by AMD at the announcement of the Radeon RX 6700 XT at the beginning of March, the GPU is set to go on sale today, 18 March 2021, at 1pm GMT, and given the state of previous AMD and Nvidia GPU launches, it’s likely that it’ll be sold out within seconds despite AMD’s best efforts to get stock out to retailers ahead of release.

AMD’s official recommended retail price for the Radeon RX 6700 XT is £419/$479, although it’ll depend on the specification of the card as custom versions from other partners may be overclocked, offer an alternative form of cooling or other premium features.

However, with the current demand for GPUs of any shape and size, it’s likely that they’ll sell for much, much more – especially with a ‘healthy’ resale market.

It’s no secret that pretty much every GPU being released in 2021 disappears within seconds of stock going live, so retailers are keeping quiet on whether they’ll be stocking the RX 6700 XT at launch later today. The surge of bots snapping up orders mean that listings pages aren’t even going live until 1pm.

With that said, we’ve curated a list of UK retailers expected to stock the RX 6700 XT with links to the appropriate search pages. Based on previous AMD GPU launches, we expect the RX 6700 XT to be available at the following retailers:

We’ll update this section with specific links as we get them, but it’ll likely sell out extremely quickly, so if you see the GPU listed, don’t hesitate.