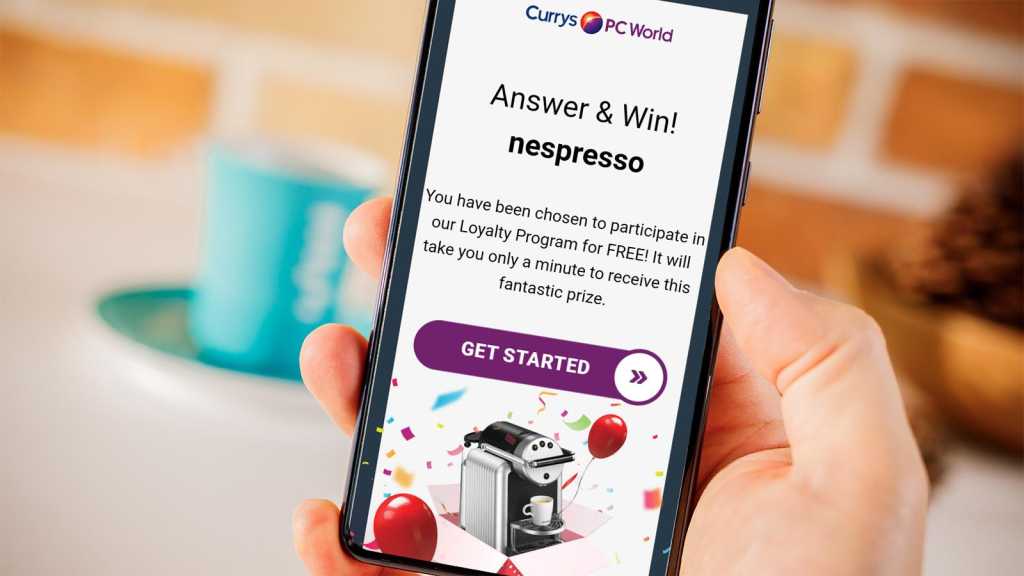 Recently, UK residents have been receiving emails claiming to be from well-known electrical retailer Currys PC World. They congratulate you on having won a competition, with prizes varying from a MacBook Pro to a Nespresso coffee machine or a Dyson vacuum cleaner.

If you’ve shopped at Currys PC World, there’s a good chance you might click the ‘Get Started’ button to try to redeem the prize.

Of course, it’s all a scam, with the aim of stealing your personal information. Some versions also ask for £1 (or another small amount) for delivery, and ask you to enter your card details.

This should be a major red flag, as it’s a classic way to steal your payment information and since winning a competition shouldn’t cost you money. It’s the same goal of the similar and also recent Royal Mail scam which asks for a redelivery or customs fee in order to deliver your parcel.

In both cases, the scam is effective if you recently purchased from the company in question or are expecting a package from Royal Mail.

But even if not, the temptation of the prize is usually enough to persuade you to click through and see if you can claim it.

As ever, look for the tell-tale signs that the message isn’t genuine: 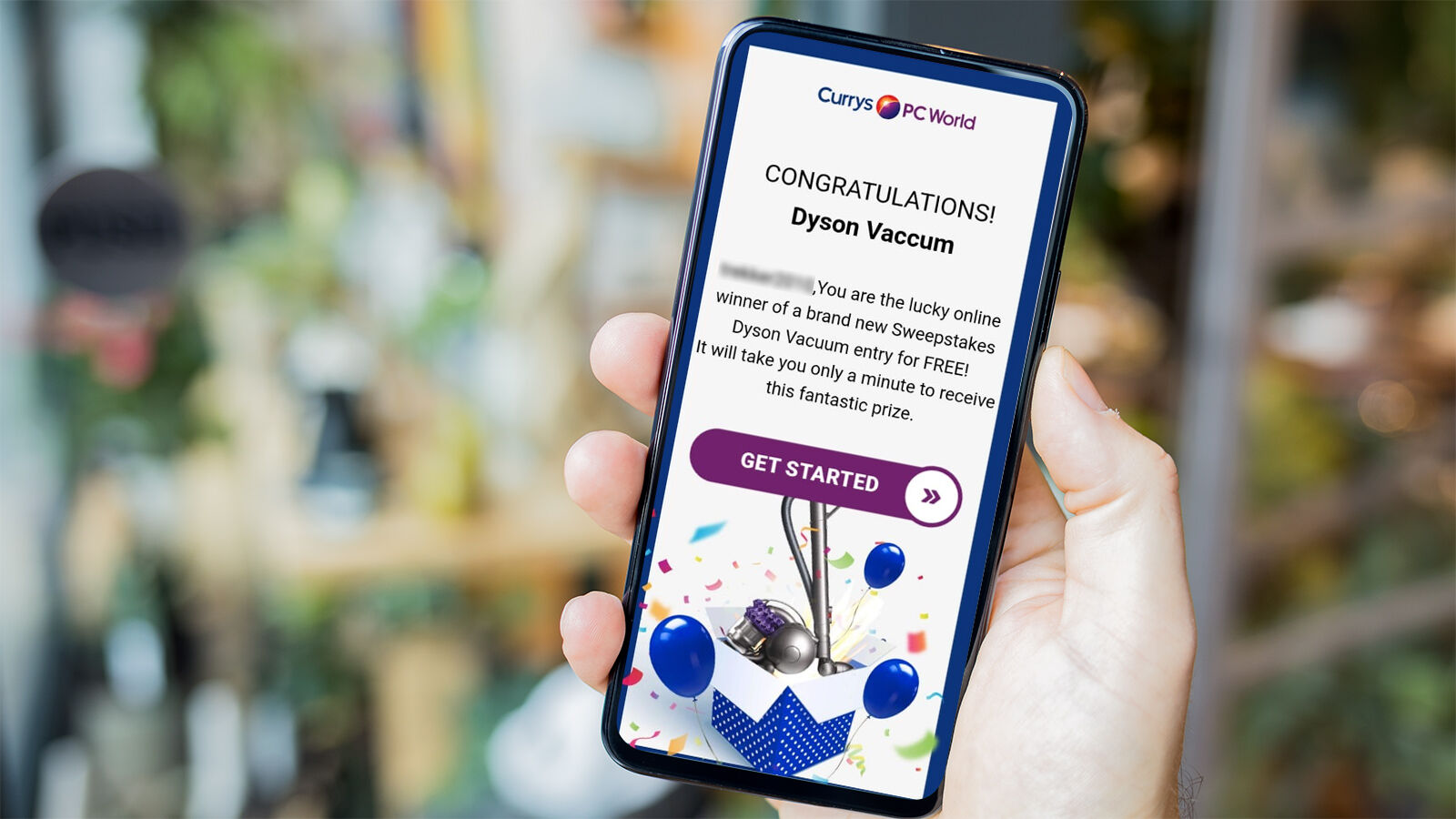 In the example above, if you read the text carefully you’ll also spot it doesn’t add up: “You are the lucky online winner of a brand new Sweepstakes Dyson Vacuum entry for FREE! It will only take a minute to receive this fantastic prize”.

You’re the winner of an entry into a sweepstake? Yet it goes on to tell you how to claim the prize, which is previously identified as an unspecified Dyson. Using a capital V for Vacuum is also incorrect.

Naturally, the most obvious sign that a message like this isn’t genuine is if you never entered a competition or sweepstake in the first place. Companies never randomly select customers to win prizes that you’re not aware of, so be extremely suspicious whenever you’re told you’ve won something despite never actively signing up for anything.

Suffolk and Hertfordshire Trading Standards have both issued warnings to local residents about the emails, which seem to be targeted on those specific regions.

The most classic version of this scam is the ‘You’ve won an iPhone’ pop-up which used to appear in your web browser, simply because you were the 100,000th visitor to that website, or something similar.

Cybercriminals are getting better at creating convincing scams, but if you know how to spot one, you’ll always stay one step ahead. It’s also well worth installing antivirus software which can help to warn you of dangerous links and phishing websites.

If you’ve inadvertently handed over your card or bank details and later realised it was probably a scam, get in touch with your bank as soon as possible. They may be able to help prevent your account being misused.

And if you do see a competition you want to enter in an email, check the same things and make sure you’re on the official social media pages for that brand, or the genuine website before handing over your details.