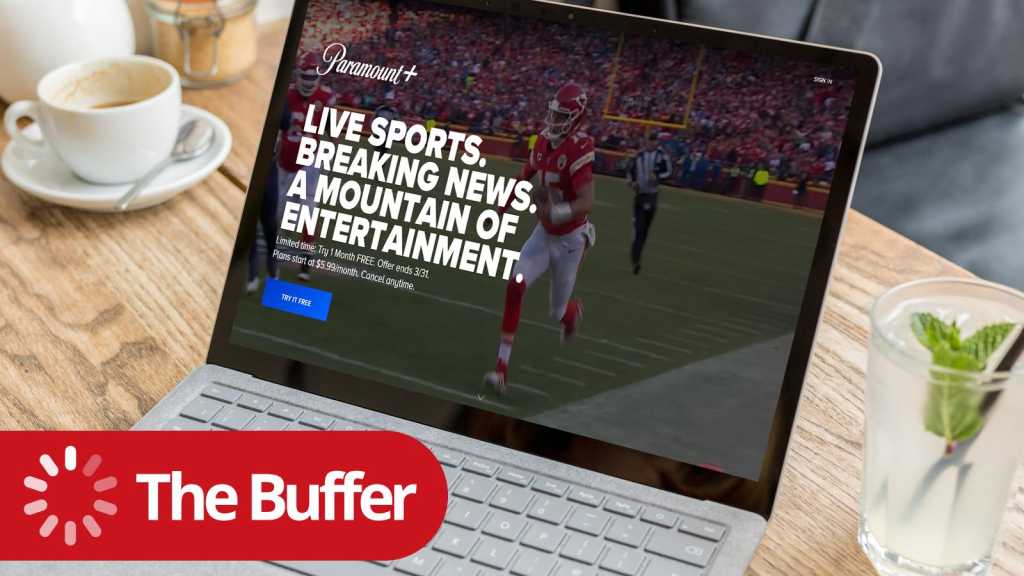 The Buffer is a new column about the latest industry news in the world of streaming services for film and television. From Netflix to HBO Max, entertainment specialist Hannah Cowton (me!) is here to delve deep into the biggest scoops in the streaming wars.

On the surface, Paramount Plus is yet another streaming service joining an already saturated market with no new original exclusives to its name. However, the platform is taking a slightly new approach, with a focus on access to live TV, news and sports – something that even big players like Netflix and Disney Plus don’t offer.

For context, Paramount Plus (or Paramount+ if you prefer the snappier option) is a re-brand and international expansion of the existing US streaming service CBS All Access that launched on 4 March 2021.

It’s simple: Paramount Plus is primarily a vehicle for what airs on its live TV channels. The service launched on 4 March, three days before the infamous Oprah interview with Prince Harry and Meghan Markle debuted on CBS.

This is no coincidence. According to The Trade Desk, 27% of Americans plan to cancel their cable TV plans (also known as cord-cutting) by the end of 2021. One of the ways to access CBS live is via Paramount Plus – and as it offers a generous month-long free trial it’s all the more compelling.

Considering the explosion both on social media and in news outlets, this interview has already resulted in lots of people tuning in live, resulting in more subscriptions and, ergo, more money for ViacomCBS.

But eye-opening interviews with ex-royals don’t happen often – so what else does Paramount Plus bring to the table? Sports.

In all the advertisement material and presentations for Paramount Plus, ViacomCBS put sports at the forefront of the campaign. It’s not just a bonus addition to its entertainment coverage, it is a key driver in what will sell subscriptions according to Fast Company.

Paramount Plus is the home of some NFL games, making it a perfect service for American Football fans who are moving away from traditional TV. The platform also hosts UEFA soccer, meaning it airs matches from the Champion’s League, the Europa League, and National Women’s Soccer. The makes sense considering that service also launched in Latin America where soccer is more of a draw.

That’s not to say that Paramount Plus is the sole provider of sports content in the streaming wars. Peacock hosts NBC Sports content and will be the streaming home of the WWE Network later this month, whilst Amazon Prime Video boasts programming from the NBA, MLB and Thursday-night NFL games. The latter is also hosted on the live broadcast platform Twitch, which is also owned by Amazon.

Disney Plus has a bundle deal with ESPN+, which is a dedicated streaming service for just sports content that airs on the ESPN channels. However, with just 12 million subscribers to its name (via Reuters), ESPN+ is nowhere near as popular as the main streaming service from the mouse house, with properties from Star Wars and Marvel.

Whilst news is easy to overlook in the streaming wars, it’s clear to see what Paramount Plus is trying to achieve. ViacomCBS is positioning the streaming platform as a viable alternative for viewers who want to move away from cable and traditional broadcast television.

The existing on-demand entertainment content of Paramount Plus is also appealing. CBS All Access originals such as The Good Fight and Why Women Kill are a draw, and it will also pull in a loyal fanbase of Trekkies with exclusivity on Star Trek: Lower Decks, Star Trek Discovery and Star Trek: Picard in the US.

Further down the line, it will also host Paramount films one month after their theatrical releases, including A Quiet Place Part 2 and Top Gun: Maverick, and it will also have streaming rights to films from MGM, which includes the upcoming Bond film No Time To Die.

However, it’s not all coming up roses, and the streaming service missed out on some big wins for its debut. Paramount outsourced the new Eddie Murphy film, Coming 2 America, to Amazon Prime Video, missing an easy chance for extra launch buzz. In addition, though the Meghan and Harry interview was available on Paramount Plus during the live broadcast, it is currently only available to stream on-demand through the CBS website.

The pricing strategy is also not entirely competitive. NBC’s Peacock is the closest rival, and that offers a free (albeit limited) tier for account holders that Paramount Plus doesn’t. Granted the 30-day free trial is generous, but this will phase out after March and become a seven-day free trial which is a much less tempting offer.

With all that in mind I must question: is Paramount Plus worth it right now? Unless you are a big sports fan, the answer is no. The re-brand from CBS All Access didn’t bring anything new and exciting for the launch, just promises of what’s to come.

The aims of Paramount Plus for the future are clear. Streaming services will continue to swerve viewers away from broadcast TV, and once the originals start to roll out and big films are exclusive to the platform, it hopes to be a credible alternative for these customers by offering a combination of live sports, news and entertainment, plus exciting on-demand shows and films and original exclusives.

However, with the number of streaming platforms out there offering such stellar content, Paramount Plus still has a long hill to climb before it can stand on its own as a one-stop-shop for the streaming home of live content.

Netflix UK has acquired the rights to The Bold Type, a comedy-drama series about three young women who are finding both their feet and voices at a top glossy magazine called Scarlet. The show is produced by the former editor-in-chief of Cosmopolitan, and it’s not afraid to comment on relevant social issues and showcase how female empowerment can take many different forms.

If you’re looking for a show that you can simply switch off to with a glass of wine and a slice of pizza that’s not your fiftieth re-watch of Friends (I’m guilty), then this is it.