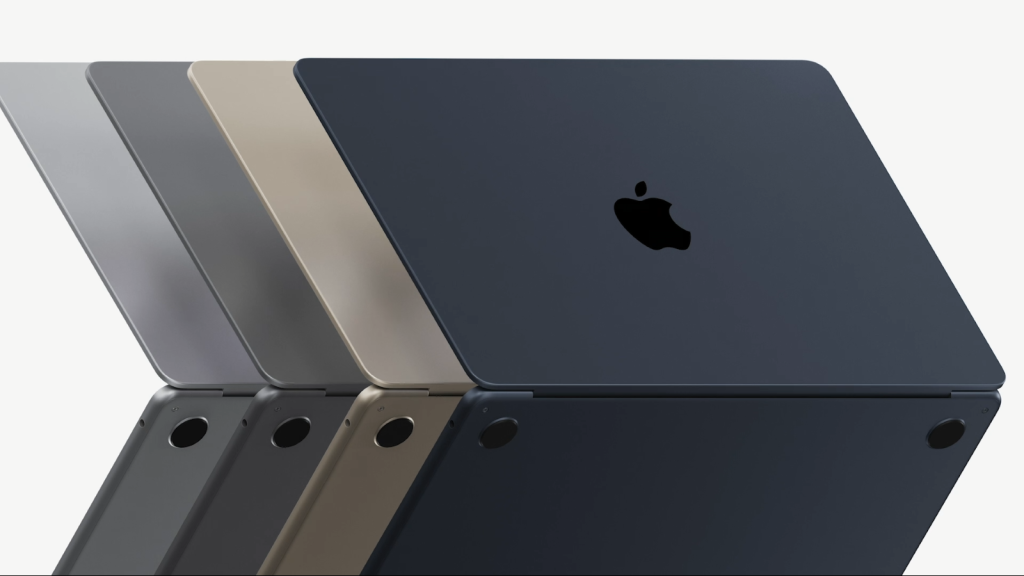 The new laptop was rumoured to be a possible announcement for the event is here it is, complete with a new design in four colours, a brand new M2 processor, larger screen and the return of MagSafe.

Here’s everything you need to know about the latest MacBook Air model.

When will the new MacBook Air 2022 be released?

During WWDC, Apple simply said that the 2022 MacBook Air will be released in July. So, we’ll update this as soon as there’s a specific date.

How much does the next MacBook Air 2022 cost?

Here are the MacBook Air 2022 models (without customisation):

What are the MacBook Air 2022 specs and new features?

A thinner and lighter design was rumoured and in true Apple fashion, that’s the case. The MacBook Air for 2022 is just 11.3mm thick and 1.2kg (2.7lb) in weight and the laptop’s all-aluminum unibody is 20% smaller in volume.

The new design sees the return of the much loved MagSafe charging port, which is not only extremely handy but also frees up the two USB-C Thunderbolt ports. On the opposite side is an audio jack which supports high impedance headphones.

A Liquid Retina display moves to 13.6in, giving space for the menu bar around the camera notch. The screen has thinner bezels, goes to 500 nits (25% brighter than the last model) and supports 1 billion colours.

Inside that camera notch is a 1080p FaceTime camera which has 2x the resolution and low light performance compared to its predecessor.

The thin chassis sees the audio system integrated between the keyboard and display. There’s a three mic array and a quad-speaker sound system with Spatial Audio support for music and movies with Dolby Atmos.

Apple’s usual Magic Keyboard features a full-height row of function keys and a Touch ID fingerprint scanner for biometric login. Of course, you get a Force Touch trackpad, too.

Powering the MacBook Air 2022 is the freshly announced up to 8-core CPU and 10-core GPU M2 chip providing a 20% increase in performance based on the previous model and 5x over the older Core i5 8th-generation Air.

The design is fanless and Apple says the laptop can last for 18 hours of video playback. When you do need to charge, optional 67W fast charging ($59 adapter) will get you 50% charge in 30 minutes and there’s also a new $59 35W charger with two USB-C ports meaning you can charge another device from the same adapter.

If you don’t want to wait for the new MacBook Air to arrive, you can check out the current best MacBook Air deals as well as our guide to the best laptops currently available.