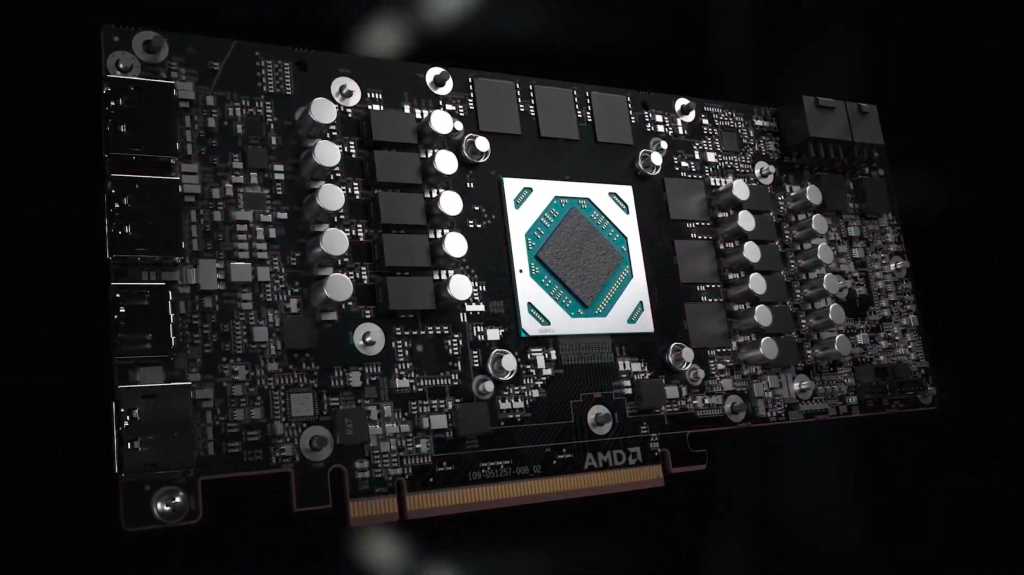 Following weeks of rumours, AMD has finally revealed the latest addition to the RX 6000 Series, the Radeon RX 6700 XT. While the rest of AMD’s recent GPU range is focused on 4K gaming, the 6700 XT instead caters to those with 1440p monitors that don’t need the extra oomph from the high-end cards.

However, don’t let the entry-level nature of the Radeon RX 6700 XT fool you – there’s some serious power under the hood if AMD’s claims ring true.

Sporting impressive internals and a custom design, the Radeon RX 6700 XT is framed as the perfect upgrade for 1440p gamers, with AMD claiming that it can handle 1440p@165Hz gaming with maximum graphics enabled on recent titles including DiRT 5 and Call of Duty: Black Ops Cold War with a whopping 12GB of GDDR6 VRAM onboard.

The 12GB offering, which AMD calls the ‘sweet spot for 1440p gaming’, beats the 8GB offering from the competing Nvidia RTX 3060 and RTX 3070 not only on paper but in real life too, with AMD showcasing just how capable its new GPU is with benchmarks during the pre-recorded livestream. 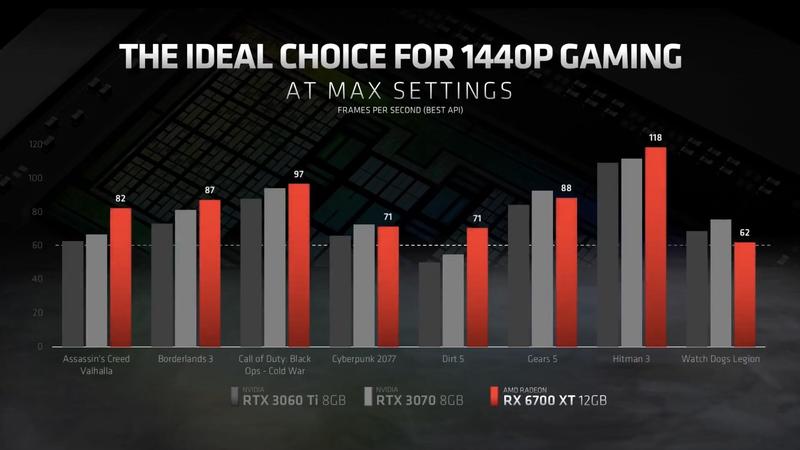 With the exception of ray-traced titles Cyberpunk 2077 and Watch Dogs: Legion, games appear to run better at 1440p on the RX 6700 XT than Nvidia’s options.

Of course, thermals and sound play a huge part when it comes to picking the right GPU for your needs. The 6700 XT is “designed to handle large workloads” so cooling is important, which is why the GPU sports a custom dual axial fan design to sustain performance over longer periods while also offering the same Zero RPM fan mode as the rest of the RX 6000 Series for whisper-quiet performance when that power isn’t required.

Raytracing is a huge part of the RX 6000 Series in general, so it shouldn’t come as a surprise that the RDNA 2-enabled 6700 XT also offers support for raytracing across more than 40 titles, with the upcoming Resident Evil Village set to offer day-one support for both raytracing and AMD’s FidelityFX technology to upgrade the visual experience without added strain on your GPU. 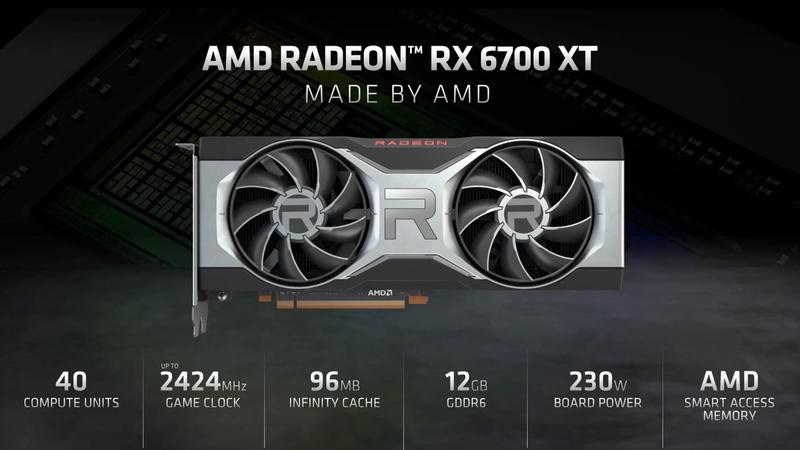 On the software side of things, AMD announced an update to its Radeon Anti-lag technology, introducing support for DirectX 12 and making the tech available on most popular games right now.

It also confirmed that older Ryzen 3000 Series CPUs will soon be able to take advantage of the same Smart Access Memory tech as the 5000 Series when paired with an RX 6000 Series GPU, helping gamers squeeze every last drop of performance from the GPU.

AMD has confirmed that the RX 6700 XT is set to go on sale around the world on 18 March 2021 with an MSRP of $479 at AMD.com in the US, with UK pricing yet to be confirmed. That comes in $20 less than the competing Nvidia RTX 3070’s $499 MSRP (although, in reality, it’s selling for much more) while offering a boost in VRAM and performance, making it a tempting option for those wanting to upgrade right now. 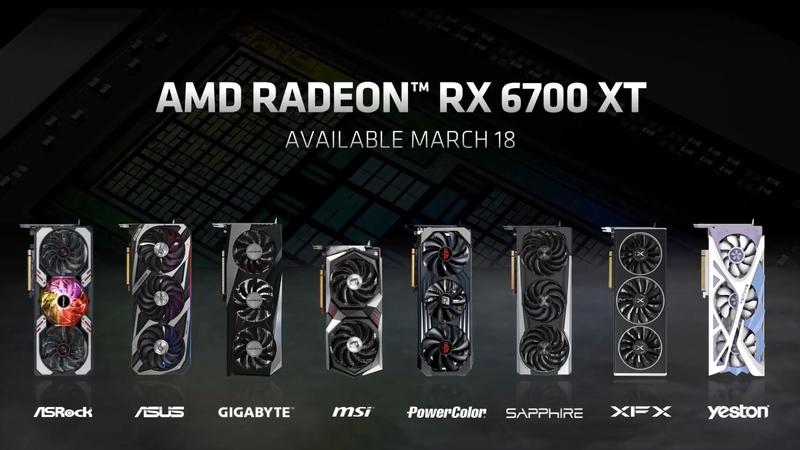 The company also directly addressed the high demand for GPUs at the moment, promising to release both reference GPUs and third-party GPUs on AMD.com and global retail partners on launch day to try and ensure anyone who wants the 6700 XT can get their hands on one -but with such interest from scalpers and crypto miners, we’ll have to wait and see how that goes.

For more on the range, take a look at the latest AMD Radeon RX 6000 Series news.