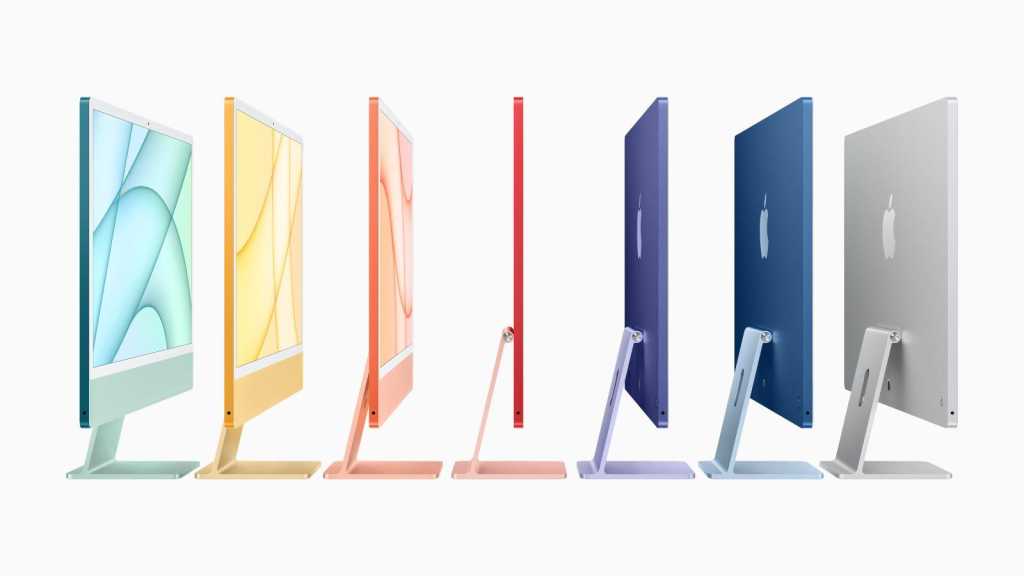 When Apple first revealed the new Apple Silicon-based processors back at WWDC 2020, it teased that it’d ship new Macs with the new processors in the same year. As we now know, Apple proceeded to launch a new MacBook Air, MacBook Pro and Mac Mini with the new blistering fast M1 chipset, but nothing was said about the iMac range.

That’s until the new 24in iMac was launched at Apple’s ‘Spring Loaded’ event in April 2021. The move to Apple Silicon coincides with the iMac’s biggest redesign in years, offering a new thin and light design language and range of vibrant colours. Here’s everything you need to know.

The new 24in iMac was officially launched at Apple’s ‘Spring Loaded’ event on 20 April 2021. It was just one of a host of new products announced at the event, which also included a  new iPad Pro range and the much-rumoured AirTags.

The M1 iMac will be available to pre-order on the Apple website from 30 April, before going on sale in the ‘second half of May‘ 2021.  We’re separately looking at where you can buy the M1 iMacs in this article.

How much will the new iMac cost?

Alongside the announcement of the new 24in iMac, Apple also revealed full pricing information for the new M1 model:

This still leaves the door open for other sizes of M1-powered iMac. For context, here’s how much you’ll pay for the current-gen Intel models: 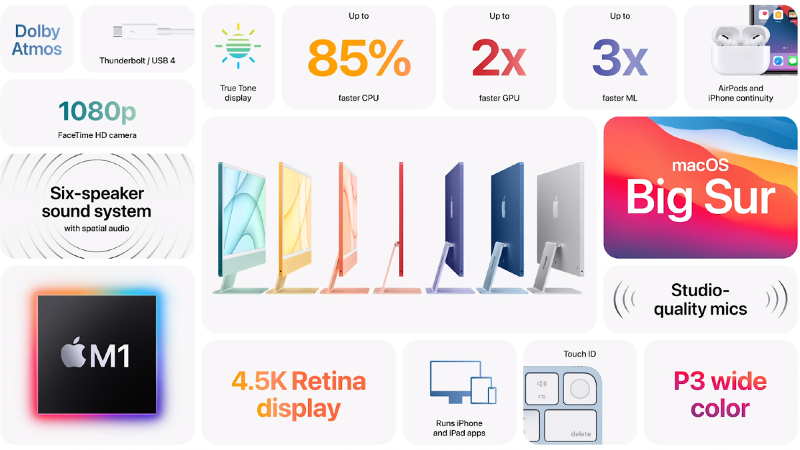 Alongside the move to Apple Silicon, the new M1-powered 24in iMac comes with its biggest redesign in over a decade. A significant slimming of bezels has transformed the look and feel of the device. There’s still a fairly sizeable chin, but the design now feels much more in-keeping with other modern 2-in-1s. Unlike the new MacBook Air, there are built-in fans, but Apple says they won’t get any louder than 10dB in volume.

However, the more eye-catching change is a new range of colours. Apple clearly thinks it’s important for iMac owners to stand out from the crowd, with green, yellow, orange, pink, purple, blue and silver to choose from. Compared to the standard silver in previous models, it’s a big change. The new colour options extend to the Magic Mouse and Magic Trackpad, which can now be colour-match for a consistent aesthetic. 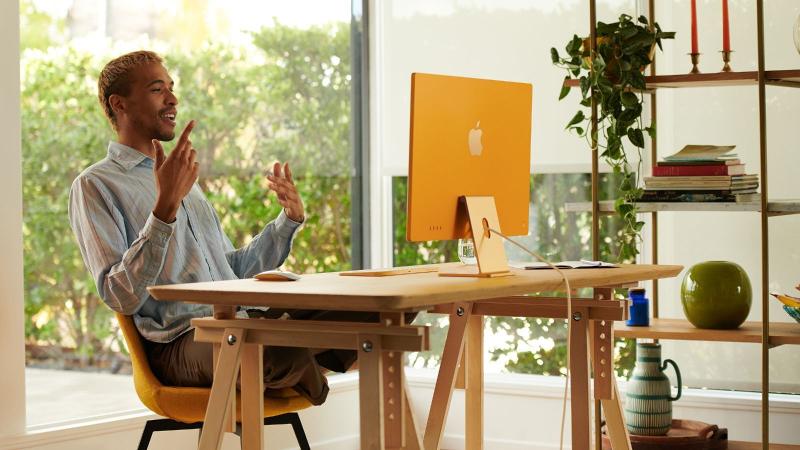 The iMac itself isn’t the only area to be redesigned – the Magic Keyboard accessory also now comes with Touch ID. In addition to unlocking the device or authenticating payments, Apple says the fingerprint sensor can be used to quickly switch between multiple users.

That redesign has even extended to the power brick, which now has an ethernet port built-in. This is presumably to reduce the unsightly mess of cables that are often visible around desktop PCs.

Let’s start with that display, then. Apple markets it as a 24in ‘4.5K Retina display with 11.3 million pixels’, but the more relevant spec here is a 4480×2520 resolution. This isn’t a particularly common aspect ratio for all-in-ones, but should deliver the crystal-clear viewing experience Apple prides itself on. The display can also reach up to 500 nits of brightness, making it easy to use in bright environments. It’s still not touchscreen, but we aren’t expecting that to come to the Mac anytime soon. 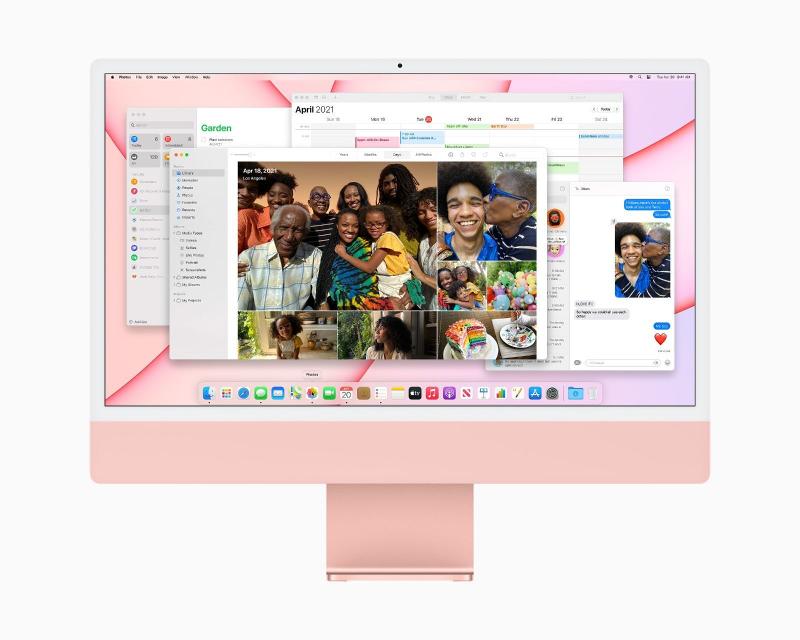 The other big news is the move to the new M1 chip, joining the Mac range from late 2020 and new iPad Pro in the Apple Silicon family. The processor has had a dramatic positive effect on performance and battery life across the MacBook Pro and Air, so it will be interesting to see if Apple can replicate this success here. The company seems to think so, claiming the new 24in iMac is up to 85% faster than previous 21in models.

You can find out more about the performance on offer in our review of the MacBook Air M1 (2020).

The M1 chip is designed to work in tandem with macOS Big Sur to deliver a range of experiences designed with the new iMac in mind. Apple specifically mentions editing software such Adobe Photoshop and DaVinci resolve, as well as Microsoft Office and Affinity Publisher.

Apple has also made video calling a priority on the M1 iMac. The front-facing ‘FaceTime HD’ camera now supports 1080p resolution, a big step up from previous models. Apple specifically mentioned its suitability for low light conditions, but it doesn’t support Face ID. On the audio side, there are also three microphones built-in to the device, as well as six speakers and Dolby Atmos support.