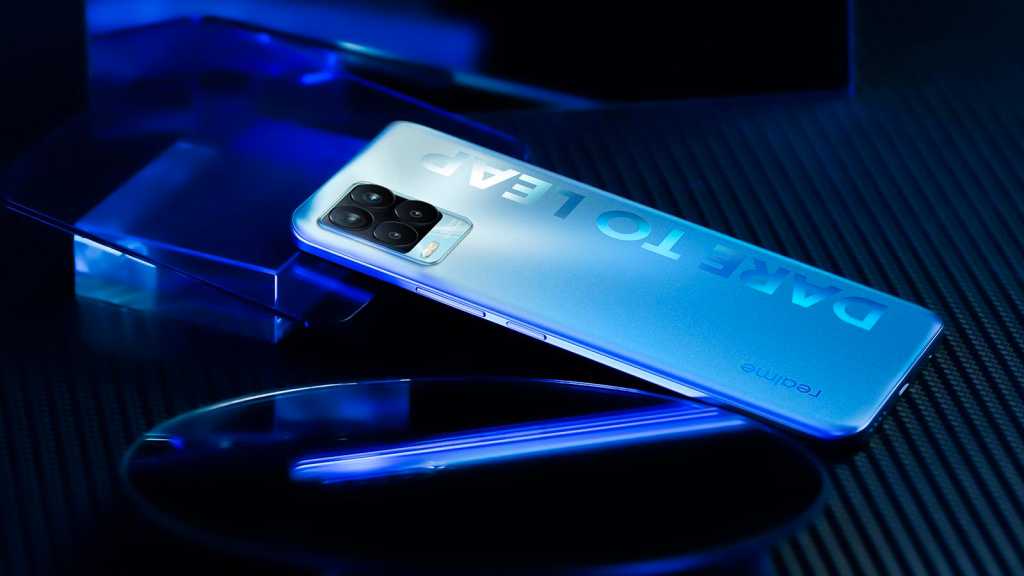 Since its launch in 2018, Realme has joined the ranks of younger brands from the Chinese market that are causing more established names to look over their shoulders. Its blend of solid components and low pricing has already seen Realme phones sell in impressive quantities, especially in markets like India.

We were very impressed with the Realme 6 and Realme 7 when we reviewed them in 2020, and now the Realme 8 series is here.

When does the Realme 8 launch?

Realme half-announced the range in early March, with an event specifically focussed on the photography features of the Realme 8 Pro – which boasts the company’s first 108Mp-led camera system.

It then held an official launch for the series on 24 March that saw the official unveiling of the Realme 8, 8 Pro, Watch S Pro and Buds Air 2, although not all products are coming to all markets.

How much will the Realme 8 cost?

Pricing has always been aggressive in this sector of the smartphone market, with Realme delivering some real bargains with its past offerings. You can see how much they cost in the list below:

In the UK, the Realme 8 Pro – which hit the market first – clocks in at £279 for the 8GB RAM/128GB model, which seems reasonable, considering the hardware exchanges and upgrades Realme has made, compared to last year’s 7 Pro.

Related: Where to buy the Realme 8 Pro in the UK?

What specs and features does the Realme 8 offer?

The biggest talking point with this series is the 8 Pro’s 108Mp camera. It’s the first time the company has pushed past 64Mp on any of its devices and the phone leverages the respectable 1/1.52in Samsung ISOCELL HM2 also found in devices like the recently-released Xiaomi Redmi Note 10 Pro.

More pixels means the promise of higher quality snaps and superior low light performance but Realme has also thrown in some fun photography features too, like a tilt-shift mode and an AI-enhanced 3x (digital) zoom.

While 50W wired charging is still impressive – giving the phone a full charge in 47 minutes – rather curiously, this is actually a downgrade from the 65W charging seen in last year’s Realme 7 Pro.

Despite sporting the same size display, the standard Realme 8 features a more conventional (for the brand, at least) 64Mp main camera and swaps out a Snapdragon processor for MediaTek’s Helio G95, along with a larger 5000mAh battery but slightly slower 30W fast charging

That’s the same chipset, battery and charging speed as the Realme 7, though the camera has clearly been boosted from 48Mp to 64Mp. The display is more complex; the Realme 7 had a 90Hz LCD, but the 8 offers a 60Hz AMOLED screen; so while colour quality and battery life should be improved, refresh rate, and thus visual fluidity, aren’t as impressive.

What about the Realme 8 5G?

Sorely absent from the Realme 8 Series’ initial launch event was a 5G-capable entry in the line. The company did confirm during the presentation, however, that one was to be expected in the near future, with the device eventually hitting pre-order in Thailand a day ahead of its global launch.

Realme later announced the Realme 8 5G for India and Europe, as part of its 22 April streamed event.

As GSMArena pointed out ahead of the phone’s launch – the phone bears a strong resemblance to the China-exclusive Realme V13 5G and, sure enough, now that we have the specs, it’s clear that the V13 5G served as the foundation for the Realme 8 5G’s design and hardware.

Both phones weigh, measure and look the same, with Realme also ditching the ‘Dare to Leap’ slogan found across the back of numerous other phones on its portfolio, including the other entries in the Realme 8 family.

The 8 5G benefits from NFC, more RAM and storage SKUs, and a higher resolution front-facing camera but beyond that, supports a practically identical feature set to the V13 5G.

Following the ‘All in 5G’ event in April, we learnt that European pricing sets the 8 5G at €199, which makes sense considering – specs-wise, at least – the phone looks to be a step down compared to its predecessor, the Realme 7 5G (which launched at €279).

It drops a whole camera sensor compared to its siblings and charges more slowly, to boot. It also comes with a lower 90Hz refresh rate compared to the 7 5G’s 120Hz display and uses LCD tech, unlike the Realme 8’s AMOLED screen.

If you’re after an affordable, thin handset though, the Realme 8 5G doesn’t look like a terrible option.

Look out for our full reviews of each of these devices, and in the meantime, read our best budget smartphone and best budget Chinese smartphone roundups to see what the Realme 8/8 Pro/8 5G are up against – or check out our round-up of all the latest Realme GT news on the company’s new flagship.