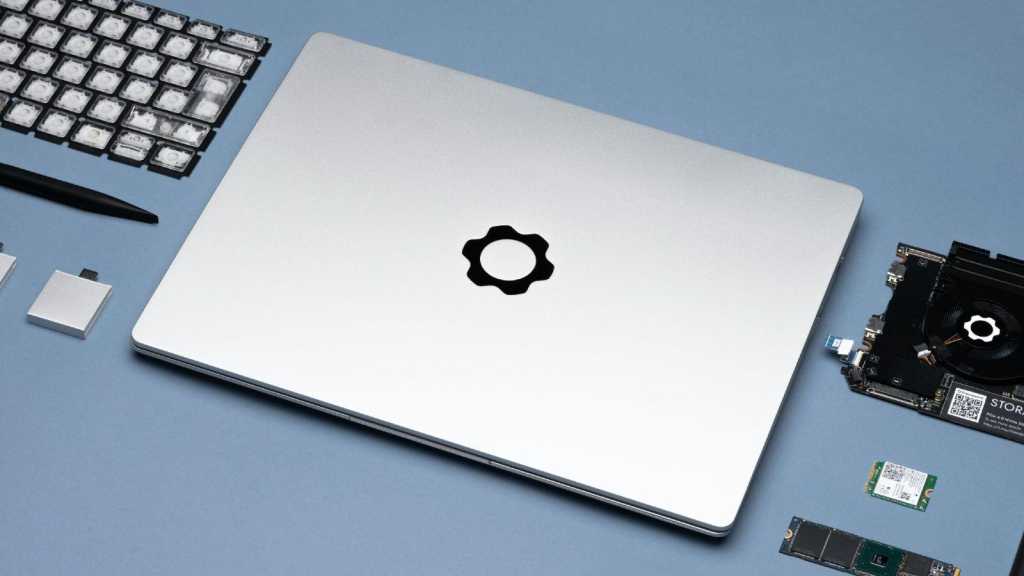 In the age-old laptop vs desktop debate, those who prefer a permanent workstation often highlight one of its key advantages: upgradability. Most desktop PCs let you swap out the processor, RAM and hard drive as and when they need replacing, allowing you to fine-tune your setup.

You simply don’t get that sort of functionality on the majority of laptops, where the component parts are often locked way and inaccessible to most consumers. When laptop performance slows significantly or you’re running extremely low on storage space, it’s common practice to upgrade to a device which better suits your needs.

But what if you didn’t have to compromise on portability in order to get the benefits of upgradability? That’s something San Francisco-based startup Framework is exploring, claiming that its first laptop can be easily customised, upgraded and repaired.

The key word there is ‘easily’, suggesting the Framework Laptop doesn’t require extensive technical knowledge in order to swap out internal parts. It’s not the first upgradeable laptop – many gaming devices have experimented with the idea – but never before have we seen a company focus solely on hardware like this.

With mounting concerns over e-waste and the sustainability of tech, it could be a great way to prolong the lifespan of devices. But after a few false starts, will the idea take off this time around? Here are some key pros and cons to consider.

For: It will extend the lifespan of devices

The Framework Laptop has been pitched with sustainability in mind, with the ability to replace internal parts clearly extending a device’s lifespan. Many people can go a decade or more before replacing their desktop PC, simply updating components as and when needed. By comparison, many people recommend upgrading your laptop every five years or so. Even if you are able to use it longer, it’s likely some software you use will no longer be supported. The ability to update this components means you never have to be behind the times.

Against: New parts may be expensive to source

You might not have to buy a whole new device, but the individual components don’t necessarily come cheap. CPUs like the AMD Ryzen 5000 series can cost over £700 alone, while adding new RAM SSD and battery can easily mean the total upgrade cost hits four figures. This would likely be more expensive in a laptop, but the strength of the budget laptop market would make this a difficult sell – it may be reserved for enthusiasts, as is currently the case with desktop PCs.

For: It will let people create a ‘frankenstein’ laptop

However, for the aforementioned enthusiasts, a modular laptop would provide the perfect opportunity to specifically tailor a laptop to their needs. Fancy a top-of-the-line Intel Core i9 processor and 2TB SSD? You can do it. Need more RAM and a high-end Nvidia GPU for gaming? That’s possible too. A device like the Framework Laptop might not be best suited to this sort of thing, but it’s definitely possible if other companies make similar commitments to upgradability.

Against: Some technical knowledge will still be required

Although Framework has advertised its laptop as being easy to upgrade, repair and customise, it’s not like people can start swapping out CPUs and SSDs without any expertise. Some prior knowledge is important, even if this can be acquired relatively quickly.

Compare this to a traditional laptop, which requires almost no hardware knowledge in order to start using. With this in mind, it’s unlikely you’ll get people who aren’t interested in PC hardware from upgrading their laptops all that often.

For most people, an upgradeable laptop won’t make much sense. Especially during the pandemic, the idea of having a device that just works has been emphasised. Laptops can create an e-waste problem, but holding on to the same device for a few years makes them significantly better for the environment than an annual smartphone upgrade, for example.

However, if you’re keen to have more of the benefits of a desktop PC within a portable, an upgradeable laptop could be for you. You’ll likely be able to hold on to one device for many years at a time, with the display perhaps becoming the main limiting factor. It can also help improve the sustainability of the device, although it’s worth baring the resources that go into making individual new components.

The Framework Laptop itself represents an encouraging first step into the world of portable, upgradeable PCs. It sounds extremely impressive on paper, with a 13.5in 2256×1504 display, 1080p 60fps webcam and keyboard with 1.5mm travel. The device comes with Intel 11th-gen processors out of the box, alongside a 55Wh battery and Wi-Fi 6. DDR4 RAM can be configured up to 64GB, while a mammoth 4TB of NVMe storage is available.

Replacement parts are all set to be available on the Framework website, while the company will also allow a ‘community of partners’ to sell their wares via its marketplace.

The Framework Laptop is expected to be available from Summer 2021, but hopefully many more companies will release modular laptops in the near future.

Prefer a traditional device? Check out our best laptop chart for some great options. You may also be interested in our article on high refresh rate laptops.