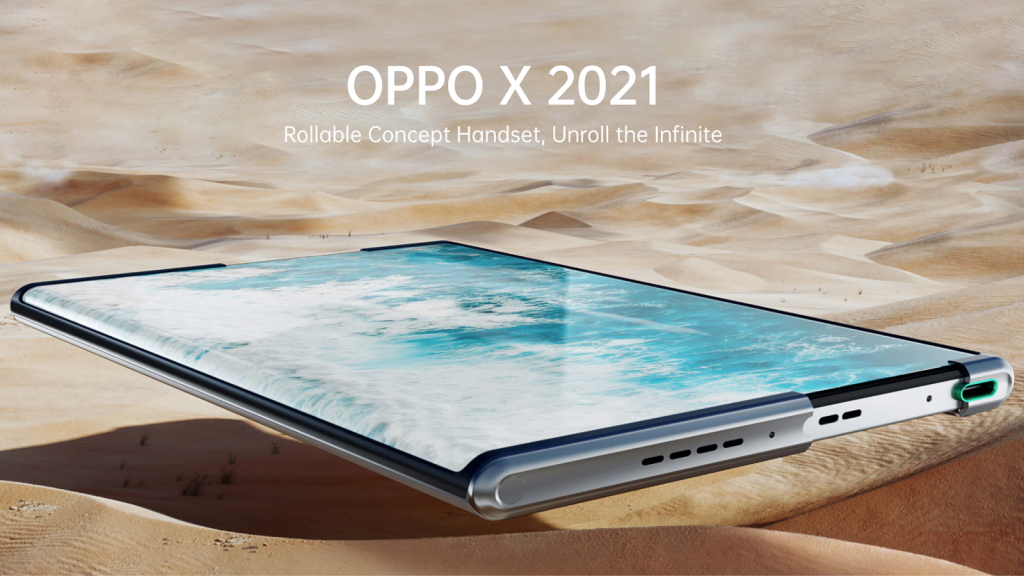 In November 2020, Oppo unveiled to the world a new concept phone that features a scrollable screen.

The Oppo X 2021 seemed to be a proof of concept rather than a viable device that would go on sale anytime soon, but with the handset beginning to show up in various hands-on demonstration videos, could it be that the arrival of the Oppo X 2021 is actually going to be released for the mass market?

We gather together all the news and rumours surrounding Oppo’s first scrollable phone.

There are no confirmed details about when we might see Oppo X 2021, but with the emergence of the aforementioned videos, it does seem that the company has multiple test devices that it is placing in the hands of potential reviewers. This evidence suggests that what first seemed to be merely a concept device could actually be close to maturity.

The most concrete info we have comes from DigiTimes, which cites “industry sources” in reporting that the X 2021 will launch in “the second half of the year.” That seems like a pretty safe bet given the name if nothing else.

On the other hand, a hands-on report on the phone from The Verge in June 2021 reports that before launching the device Oppo wants to make sure that it can handle 200,000 open-and-close cycles, and that the current prototype can survive “just” 100,000.

That still represents over five years of use with 50 cycles a day, but if Oppo is committed to doubling the Oppo X’s durability then it could still be some time before the phone is ready for the mass market.

Again, this is uncharted territory, as there are no comparable models on which to base a price. The closest would undoubtedly be the foldables we’ve seen come onto the market in the last couple of years.

These all came with quite sizeable fees as you can see from the list below:

It’s hard to gauge whether scrollable phone displays will sit closer to the foldable models or those sporting flip screens, but one thing is for certain, you’ll be paying well over a grand for the Oppo X 2021.

What specs and features will we see in the Oppo X 2021?

There’s plenty we know about the Oppo X 2021, at least in regard to the display, as the company has already announced it on stage at Inno Day 2020 last November.

The OLED panel has the ability to go from a standard 6.7in format to a tablet-like 7.4in. This is achieved by impressive technology that allows the additional screen area to be curved under the sliding frame of the phone and then expanded into view via the twin ‘Roll-Motor Powertrain’.

The expansion is controlled by the side-mounted button that also houses a fingerprint sensor used to lock and unlock the device.

Oppo states that it employs linear caterpillar track patterns on the underside of the display to move it in and out, while two interlocking support substrates work together to ensure that the surface remains stable and rigid.

You can see this all in action in a handy video that Oppo put together for MWC Shanghai 2021:

The proposed advantage of this approach, as opposed to the foldable or flappable alternatives currently available, is that it should minimise the creases that can appear in the displays after they’ve been repeatedly folded. Of course, we won’t know if this is the case until we can spend a good deal of time with the Oppo X 2021, but it certainly does make sense in principle.

Of course Oppo wasn’t the first company to tease a ‘scroll’ phone, and we’ve also seen similar tech from the LG Rollable. That phone is no longer set to release following the closure of LG’s mobile business however, so Oppo is likely to be the first to bring the novel tech to market.

The smooth opening and closing of the mechanism was highlighted at the unveiling event, but the recent YouTube videos of tech reviewers using the device only furthers the impressive nature of Oppo’s technology as you can see from the examples below.

First up is from French YouTuber Brandon Le Proktor.

The rollable screen won’t be the only bit of cutting-edge tech in the Oppo X 2021 though. The company also used the phone as the example device to unveil its wireless air charging tech – a shorter range version of Xiaomi’s similar Mi Air Charge that would allow the phone to charge from a compatible charger even when it’s not in physical contact.

We don’t have detailed specs yet on charging speeds or range, but you can see it in action in another official video:

Oppo also announced that the X 2021 will come with a 48MP f/1.7 camera, supported by twin Spot TOF 3D cameras that help with Bokeh effects as well as AR/VR capabilities.

Expect the device to be equipped with the latest Qualcomm Snapdragon processor – most likely the Snapdragon 888+ – along with other top-line components when it finally arrives.

Naturally, we’ll be updating this page as more details become available, but in the meantime, you should also take a look at our guide to the best new phones coming in 2021 to see what the Oppo X 2021 will be up against.