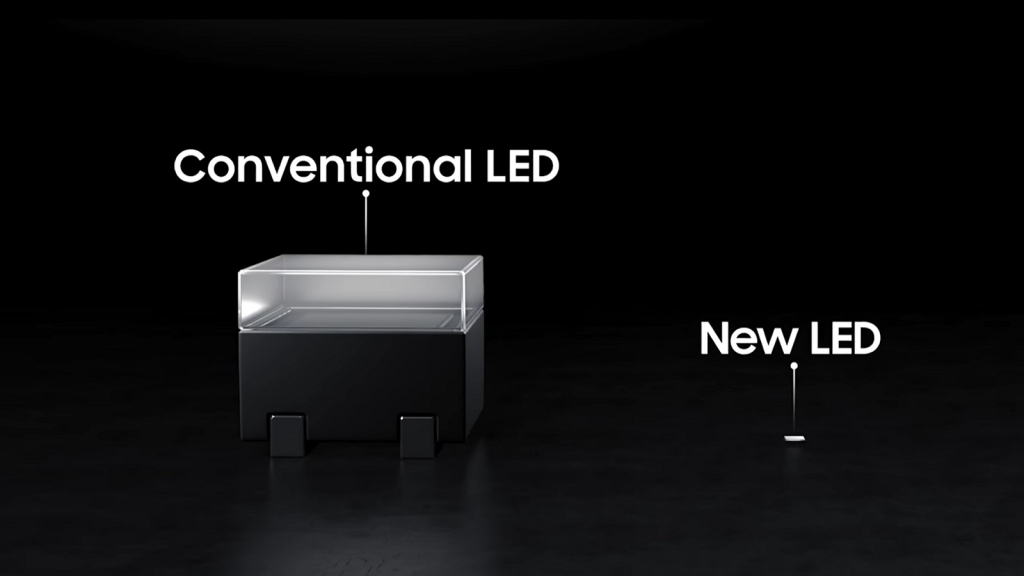 A new year means a new raft of TVs from all the big and small brands. For 2021, Mini-LED is getting a big push so you’re probably wondering what it is. Well, we are here to explain everything you need to know about Mini-LED.

It’s worth noting before we start that Mini-LED isn’t a brand-new piece of innovation for this year. It’s been in a few models for a while with the TCL 8-series being the world’s first, announced back in 2019. Regardless, it’s predicted to be a big deal over the next few years with UBI research predicting it will overtake OLED in 2024.

Normally, an LCD LED TV consists of an LCD (liquid-crystal display) panel which has LEDs backlighting to light up the pixels. Lots of these TVs would have the LEDs at the edges – either side or at the top, too – while more advanced ones have them directly behind.

Mini-LED takes these LEDs and, as you’ve probably guessed, makes them a lot smaller. The result is that you can fit in a many more individual LEDs behind the LCD panel.

You can think of it like resolution: A 4K TV has more pixels than a Full HD set and so Mini-LED TVs have a lot more LEDs than ones without the technology.

More LEDs mean more control over the lighting and better picture quality as a result. You can expect greatly improved contrast as the main factor but possibly better colour performance, too.

Not only are there more LEDs but there are more dimming zones, too (we’ll look at how many below). This means unwanted effects such as blooming are greatly reduced.

While adding many more LEDs is a good thing for LCD TVs, it depends how each manufacture uses and controls it as to how good the resulting image is. A lot will come down to the processing power and algorithms that they use.

Note that OLED is different as each pixel can be turned on and off individually. So, while Mini-LED can’t match this level of control and resulting infinite contrast, it is a lot brighter and therefore better for HDR content and also isn’t susceptible to screen burn like OLED.

How many dimming zones does Mini-LED have?

This is something that some manufacturers are being quite coy about. LG confirmed at CES 2021 that its Mini-LED TVs will have ‘up to 30,000 LED and approximately 2,500 dimming zones’ but bear in mind that this refers to its huge 86in TV.

UBI research says that “mini-LED TVs to be sold this year will have a local dimming zone of 1,000-3,000” but that seems a little optimistic.

TCL’s 8-series we mentioned earlier has 900 zones for the 75in model, for example.

We now know, via Computerbild, that the Samsung’s QN90A/QN95A (the 95 model comes with a One Connect box) Neo QLED flagship 4K TVs have 792 local dimming zones for the 65in model. That’s quite a few short of that 1,000 figure but is a big jump from the 120 zones on its predecessor, the Q90T.

Which TVs have Mini-LED?

This is where things get a little complicated because of the typical nature of the TV market. And by that we mean the way each manufacture manages to come up with its own name for pretty much the same technology.

Samsung has decided to coin the term ‘Neo QLED’ for its Mini-LED TVs with the QN95A, QN90A, and QN85A all being 4K models. The QN900A and QN800A are 8K options. Find the best Samsung TV for you.

LG fans will need to look out for ‘QNED’ models if you want Mini-LED backlighting. The QNED range consists of the QNED99 and QNED95 for 8K and QNED90 for 4K in sizes up to 86in.

Hisense has said several of its ULED TVs in 2021 will have Mini-LED technology, available in 4K and 8K resolutions at 65- or 75in – although just the latter if you’re going for 8K.

TCL is, of course, continuing to push Mini-LED technology and this year you need to look for the 8-series or 6-series models for this tech. They both use QLED and come in sizes up to 75in.

If you’re wondering about Sony Mini-LED TVs and Panasonic Mini-LED TVs then there’s bad news as Sony’s Bravia range for 2021 doesn’t use the technology and Panasonic, so far, is focusing on the flagship OLED JZ2000.

Is Mini-LED just for TVs?

While TVs are the focus of this article, Mini-LED is not limited to the living room. At CES 2020, MSI unveiled its Creator 17 as the world’s first laptop with a Mini-LED screen.

It’s also rumoured that the next Apple iPad Pro will get a Mini-LED display.