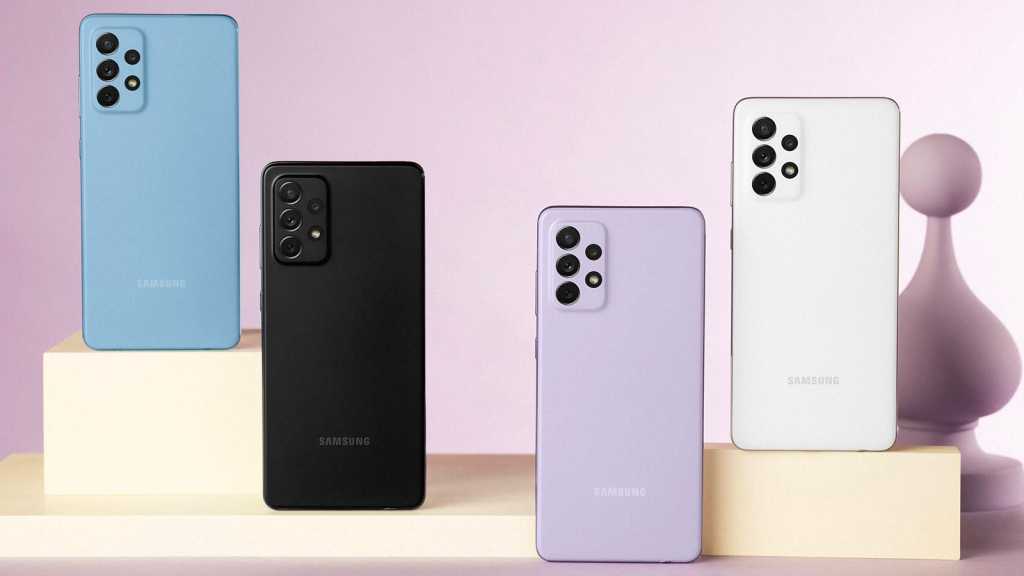 After a deluge of leaks, Samsung has now officially launched three new members of its 2021 Galaxy A Series family, including the Galaxy A72.

Leaks surrounding a successor to the A71 spanned far back into 2020, but a succession of more insightful reveals started cropping up around February 2021, leaving little to the imagination, come the A72’s formal launch.

When does the Samsung Galaxy A72 launch?

March was already thought to be the most likely window for the A72’s arrival, but then Samsung formally set a date for Galaxy Awesome Unpacked on 17 March, which all but confirmed the device.

Awesome Unpacked gave us three new entries in the Galaxy A Series: the A52, the A52 5G and the A72 – with no mention of a 5G-flavour of the larger A72.

Multiple sources have, however, suggested that a 5G version of the A72 may arrive outside of Europe, leaving the Galaxy A52 5G to serve as the company’s principal 5G-toting mid-ranger in European markets.

How much does the Samsung Galaxy A72 cost?

The A72 is available direct from Samsung and its retail partners.

What features does the Samsung Galaxy A72 have?

There’s little to differentiate the A72 from the smaller A52 line visually, with all three devices sporting a clean aesthetic dressed in one of four colours: Awesome Blue, Awesome Black, Awesome Violet or Awesome White.

The camera is the lead aspect of this phone and despite sharing in a number of the A52’s hardware, there is a slight variation in the A72’s fourth rear sensor, which sets it apart and will likely appeal to a different set of users than the camera on its smaller sibling.

Instead of a 5Mp depth sensor, the A72’s camera hardware is punctuated by an 8Mp 3x telephoto sensor, complete with OIS (Optical Image Stabilisation).