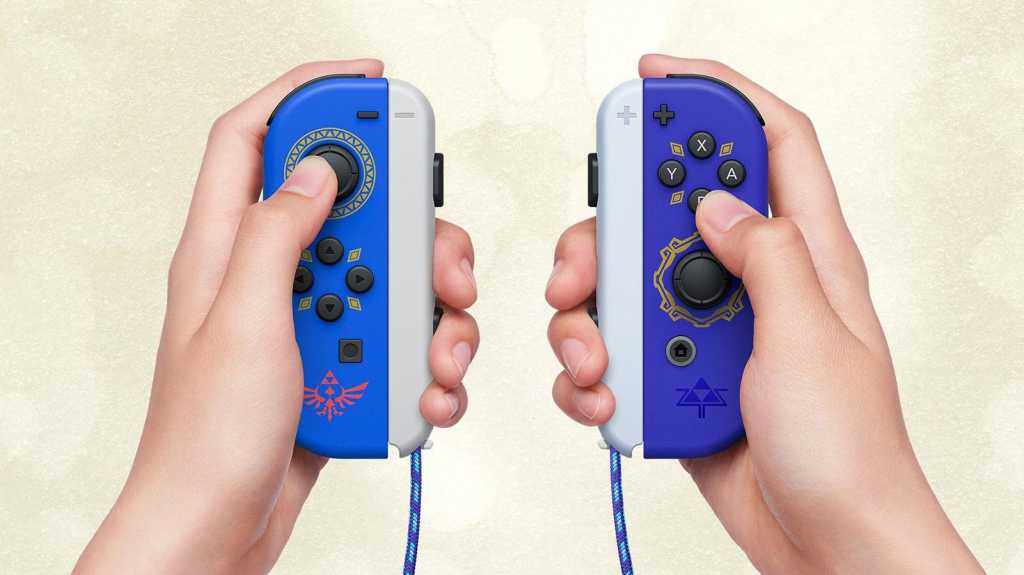 Nintendo has brought an HD remaster of Wii Zelda game Skyward Sword to the Switch this summer, and alongside the game the company has also released a pair of limited edition Joy-Con controllers modelled after Link’s iconic sword and shield.

Special Joy-Con designs have been pretty rare so far, and usually come attached to a console, rather than available on their own – so understandably franchise fans are pretty excited about the new release.

It helps that the design is very slick. The ornate controllers are each modelled after the Master Sword and Hylian Shield from the game, to reflect the way that you’ll be able to use each to control that respective weapon using the new game’s updated motion controls.

Look closely and you’ll also spot a pretty dashing purple and turquoise wrist strap for each, which would probably look pretty great attached to almost any Joy-Con colour.

Nintendo officially released the controllers on 16 July. We’re looking at where you can buy it right here are the best price.

Where can I buy the Zelda Joy-Cons in the UK?

The Skyward Sword Edition is now available to order with an RRP of £69.99. Amazon and Currys PC World Currys have the best prices with £5 off the RRP. See all retailers below:

Every other online store has sold out, but if the Amazon stock goes then it’s worth still checking all of these just in case they manage to re-stock:

You can order the Skyward Sword HD game itself more easily, however. It’s available both from Nintendo eShop and from Amazon, along with most other places that sell games.

We’re also looking at where to pre-order Game and Watch: The Legend of Zelda (out 12 November).

In the meantime, check out our guide to all the best Switch accessories you can buy right now, from other Joy-Con colours to Zelda-branded microSD cards.