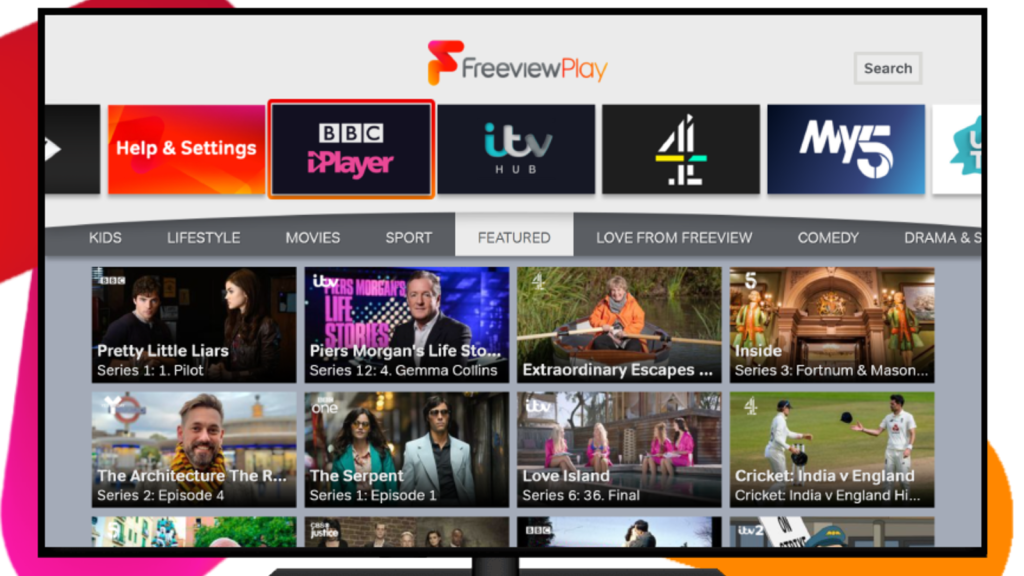 Freeview Play is now offering over 30,000 hours of on-demand TV completely free of charge to users across the UK, with users being able to stream shows dating back to three and a half years ago. In two years the service has expanded its content by over 50%.

TVs and set-top boxes with Freeview Play have ten major catch-up apps that users can explore to stream some of the most popular shows. These are: BBC iPlayer, ITV Hub, All 4, My5, UKTV Play, CBS Catchup Channels UK, Horror Bites, STV Player, POP Player and BBC Sounds.

Viewers can utilise the universal search feature to find the show that want. There’s also a carousel feature which includes recommendations based on the watch history. This can be accessed on Explore Freeview Play via Channel 100. Users with accessibility issues can also explore Freeview via the Accessible TV Guide.

If you’re interested in getting Freeview Play for yourself, then many new TVs come equipped with it ready, including models from Panasonic, Sony, JVC, Humax, Hisense and Hitachi, as well as Amazon Fire TVs and Android TVs. For buying a brand new TV, take a look at our picks of some of the best TV models on the market right now, as well as the best cheap 4K TVs.

You don’t have to buy a whole new TV to get Freeview Play. You can also purchase a set-top box from the likes of Argos, Amazon and John Lewis, with prices starting from £70 as a one-off cost.

The majority of Freeview Play devices also support other popular streaming apps such as Netflix, Amazon Prime and Now TV.