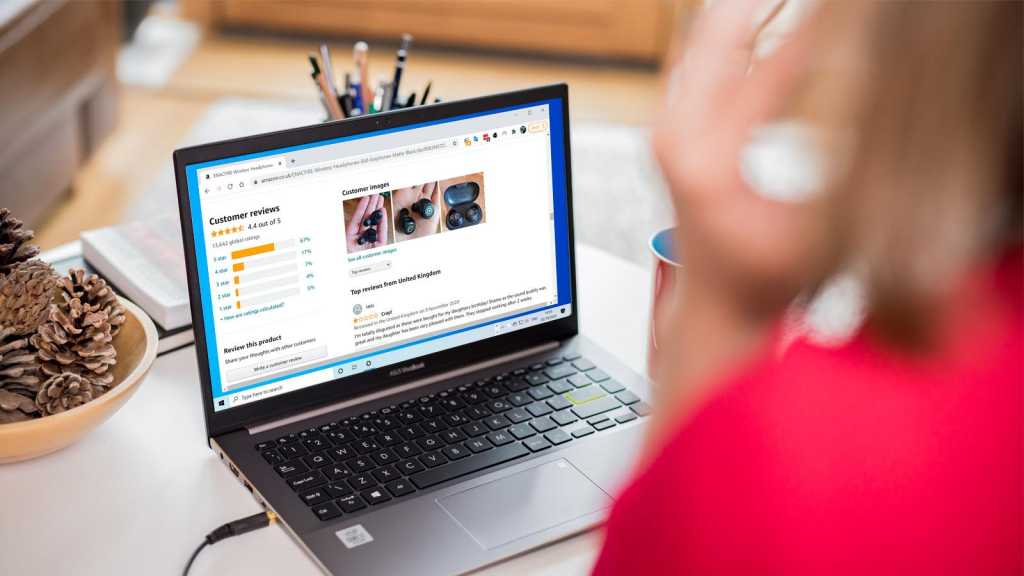 We’ve warned about fake reviews on Amazon in the past, and the problem hasn’t gone away. A new investigation by Which?  has found that there’s a whole industry where reviews packages are sold to Amazon sellers with promises including getting an ‘Amazon’s Choice’ badge on their product in as little as a fortnight.

Amazon customers use these reviews and badges to help them choose which product to buy and an Amazon’s Choice in particular will often sway their decision.

It’s common for sellers to incentivise buyers to leave positive reviews with discount vouchers or free products, but the research has uncovered businesses which are dedicated to selling Amazon reviews in bulk, a service any Amazon seller can purchase.

Some of these businesses had even paid Google to be featured in search results, somehow managing to successfully pass Google’s review system for adverts. They boast of vast networks of verified Amazon shoppers who will write reviews. Just search for ‘buy Amazon reviews’ and you’ll see for yourself. 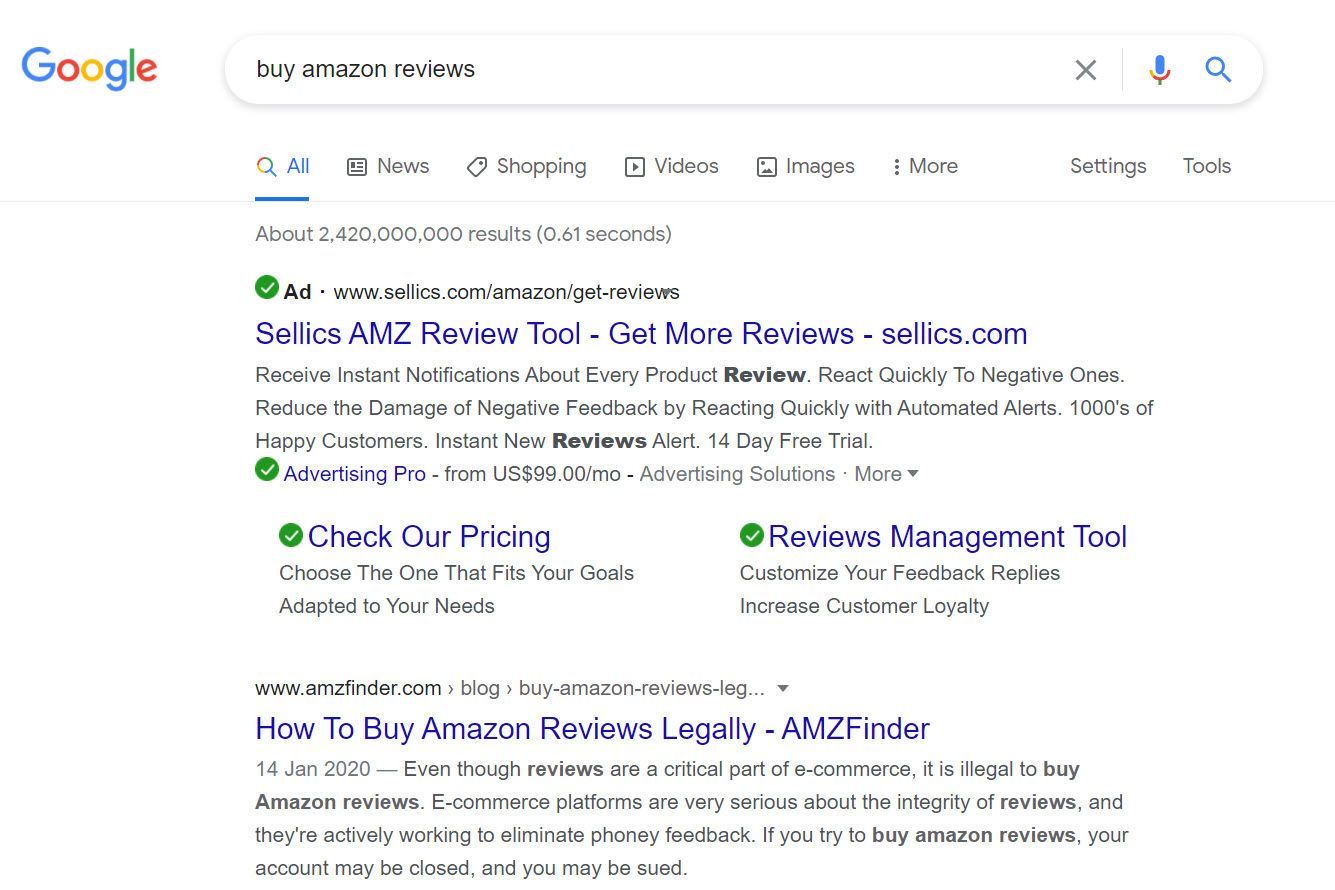 The incentive for these reviewers is that they get to keep the products they review, and may even get a small payment alongside them.

It also found that another business, AMZDiscover, provides a service where Amazon sellers can get contact details for reviewers of a specific product on Amazon so that they can get in contact to offer products in exchange for reviews.

In some cases, simply leaving an honest review is all that’s asked, as with Rebatest. This site claims you’ll get “up to 100% cashback for products in exchange for your honest opinion”. But Which? found negative reviews for some of these businesses on TrustPilot where promised refunds for purchased products hadn’t been sent because the ratings weren’t high enough.

Naturally, Amazon prohibits fake reviews of all descriptions and has won injunctions against many such providers of reviews. A spokesperson for Amazon said, “We remove fake reviews and take action against anyone involved in abuse. Amazon and other online retailers cannot do this alone. Customers need to be able to trust the reviews they see online and the systematic manipulation of reviews needs consistent enforcement and global coordination with stronger enforcement powers given to regulators against bad actors.”

“We continue to work to protect the authenticity of customer reviews. We advise customers who doubt the credibility of a review on a product to click the ‘report abuse’ link available below each review. We will then investigate and take necessary measures.”

The businesses offering reviews packages to sellers know exactly how to get around Amazon’s detection methods. They offer advice to sellers to help them avoid arousing suspicion.

Which?’s Natalie Hitchins said “More people are shopping online than ever before due to the coronavirus crisis – yet our latest research shows that Amazon is facing an uphill struggle against a relentless and widespread fake reviews industry geared towards misleading consumers.”

“Amazon, and other online platforms, must do more to proactively prevent fake reviews infiltrating their sites so that consumers can trust the integrity of their reviews.”

Amazon isn’t the only company facing this problem. App developers have similar services available to them to buy reviews for Apple’s App Store and the Google Play Store, and the number of fake reviews is breathtaking.

One particular genuine developer of a keyboard app for the Apple Watch took to Twitter to  vent about the issue (as reported by TechCrunch).

The App Store has a big problem👇 You: an honest developer, working hard to improve your IAP conversions. Your competitor: a $2M/year scam running rampant. 1/🧵

Not only has his FlickType app been ripped off by other developers (along with promo videos) but they’ve crowded out the search results in the App Store with scores of fake 5-star reviews. This has the effect of making his own, lower-rated (but genuinely rated) app invisible to searchers and there’s little he can do about it.

Like Amazon, Apple strictly forbids the manipulation of ratings. But it’s failing to stop this manipulation, as is Google. The result is that users are duped into installing sub-par apps based on fake ratings and reviews and in some cases getting ripped off in the process:

Fake ratings, and fake reviews. These quickly push the scams to the top of search results, leaving honest & hard-working developers in the dust. An old problem that’s not easy to solve, but one that’s at the core of why App Store app discovery is so problematic.

Clearly, it’s a problem not being able to trust the reviews you’re reading on these platforms. It isn’t always easy to spot the fakes and if you are going to install and app or buy a physical product based on user reviews, it’s worth spending time to read a lot of them and make sure it’s as good as the reviews claim.

Independent reviews, such as those you’ll find on this very website, as well as reviews by Which? and other reputable publications, are the best source of information when you’re trying to decide which Bluetooth headphones or laptop to buy.

Only when a review is unbiased and honest – and written by an expert  – can you trust the verdict and rating.