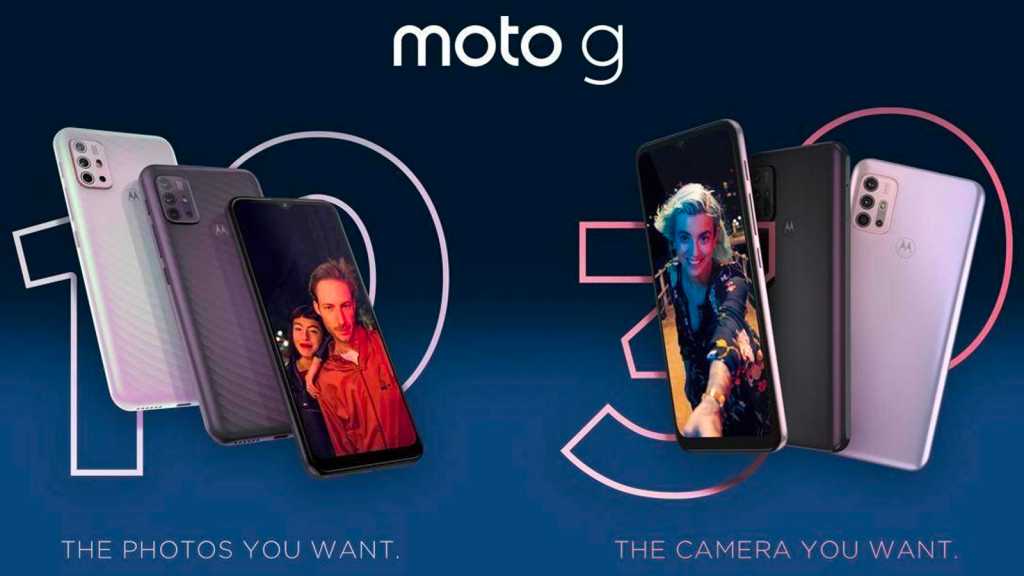 The year may have changed but the flow of Moto G phones shows no signs of slowing, with Motorola having just announced the affordable new Moto G10 and Moto G30.

The branding and the suffixes used on previous Moto G phones – ‘ Moto G Pro‘, ‘ Moto G 5G Plus‘, ‘ Moto G9 Power‘ – have become somewhat convoluted in recent years and as such, Motorola’s hoping to simplify things with this, the tenth generation of Moto G phones, which all appear to adopt double digits.

Motorola says that, with the shift in its release schedule to something of a constant pace, this new double-digit naming convention allows for more transparent positioning; with the higher the number relating to the more capable device. That’s at least the case with the first two entries in the 10th-generation Moto G line.

The Moto G10 and Moto G30 sport near-identical designs, centred around similar 6.5in 20:9 HD+ “Max Vision” IPS LCDs, with the G30 upping the ante in areas like camera, performance and storage.

Despite similar screens, the G30’s panel boasts a higher 90Hz refresh rate (versus the G10’s 60Hz) and despite similar cameras – with the same quad-pixel capture technology, 118-degree ultrawide angle sensor, macro sensor and depth sensor – the G10’s system is lead by a 48Mp snapper, while the G30 moves to a 64Mp unit. The G30’s 13Mp front-facing snapper also trumps the G10’s 8Mp offering.

Following their announcement, we covered the Moto G10 and G30 in episode 53 of our weekly podcast Fast Charge:

For the full lowdown on the Moto G10, check our out dedicate Moto G10 feature, for everything the Moto G30 brings to the table, here’s its full spec sheet:

Both phones sport conveniences like a headphone jack, NFC and a dedicated Google Assistant key but the G30 benefits from a more powerful chipset, twice the storage (in most markets) and faster 20W charging. 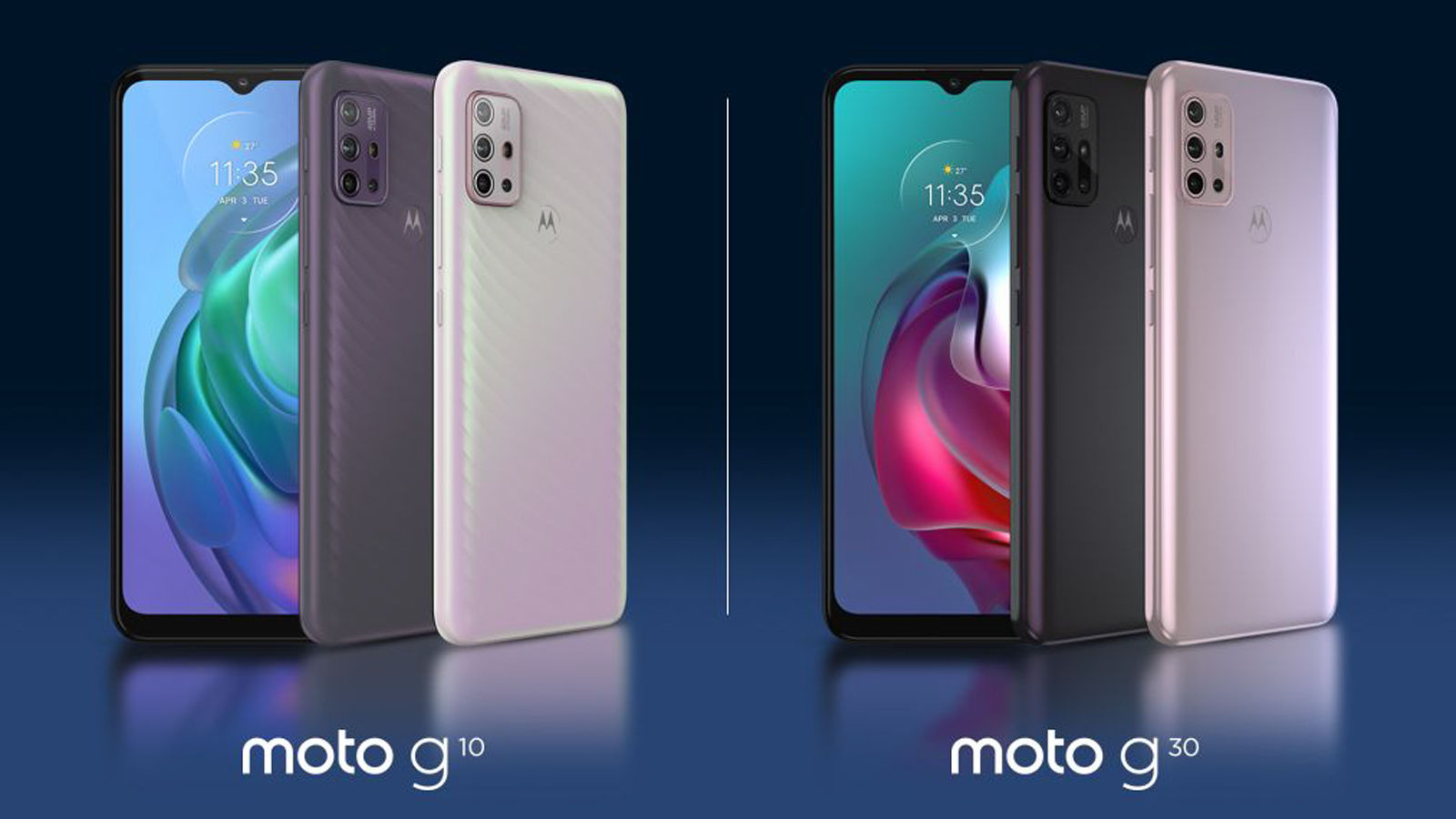 While both phones come running the latest Android 11 out-the-box, only the G30 is slated to receive a major software update in its lifetime, with Motorola instead assuaging concerns by committing to providing new features and ongoing updates to its devices by its services using the Google Play Store.