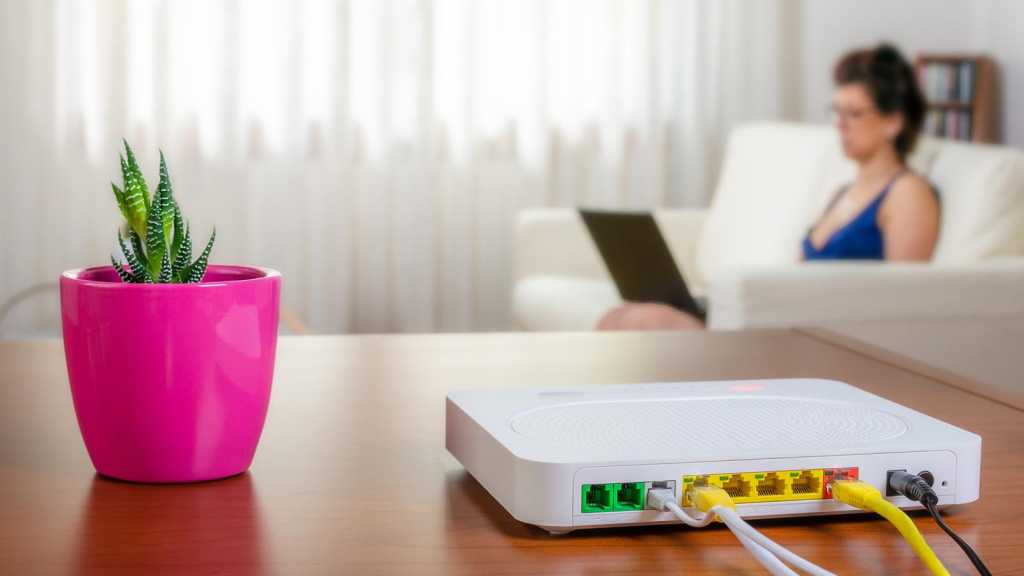 According to data from Statista, the average UK and US household has around 10 smart devices. But that number is set to grow rapidly as more and more products have Wi-Fi built in, from smart speakers and security cameras to washing machines and even kettles.

Naturally, you might wonder how many devices your broadband router can handle and what will happen if you have too many.

The short answer is that it depends upon your router, as some can handle more than others.

Most routers can support 250 (or so) devices

That’s an example address, and your router may issue a different one, but the principle is the same with all home routers. Not all addresses from 0-255 are available though. The router itself needs one for a start, and typically it will be set to hand out a more limited range of IP addresses, reserving some for devices that require a fixed address (which means it gets the same address every time the router or device is restarted, essentially).

The BT Smart Hub offers 189 addresses by default, as shown below.

Things become more complicated if you start talking about the newer IPv6 standard, but for now at least, home routers use IPv4.

What’s the real-world number of devices you can connect to the same router?

So that’s the theory, but in practice you’ll find most routers can handle far fewer connections. Again, you can check with the manufacturer to see if it states a specific number but it can vary from as little as 10 (very unusual) to 150.

Note that mesh Wi-Fi systems still have the same theoretical device limit because they all operate on the same network with the same IP address range. But where a single router might be able to cope with 32 devices, three routers (nodes) in a mesh system can each handle 32, bringing the total to almost 100.

And even the most gadget-filled smart homes is unlikely to have that many for quite a few years to come.

And if you do have over 100 devices that all need an internet connection, there are home routers which will handle them. Linksys says its Wi-Fi 6 Velop mesh system can deal with 50 devices per node, while Amazon’s Eero claims to support 128 per node.

It’s important to understand that the type of Wi-Fi your router and your devices have will also play a part in how nicely they all play together. Newer Wi-Fi generations such as Wi-Fi 5 and Wi-Fi 6 are designed to handle larger number of gadgets all being active at the same time.

In an ideal world, all your devices and router need to support the latest Wi-Fi standard, but in reality you’ll have a mix. So your router has to do the best it can to serve them all and allow them to share the internet connection.

Many routers can prioritise certain devices to ensure a speedy connection. Streaming video and gaming are two examples which need prioritising, as you’ll be unhappy if your video stops or your game lags. But the time taken to download a file or load a web page isn’t so critical.

How many wired devices can I connect to a router?

Most routers operate three different networks: devices connected via Ethernet cables, Wi-Fi devices on the 2.4GHz band and others connected to 5GHz.

There may be specific limits for each of these, but don’t make the mistake of thinking your router only supports four wired devices because there are only four ports!

You can connect an Ethernet hub to any or all of those ports which will give you four or more extra ports per hub. This is a cheap and easy way to connect more wired gadgets when you run out of ports. 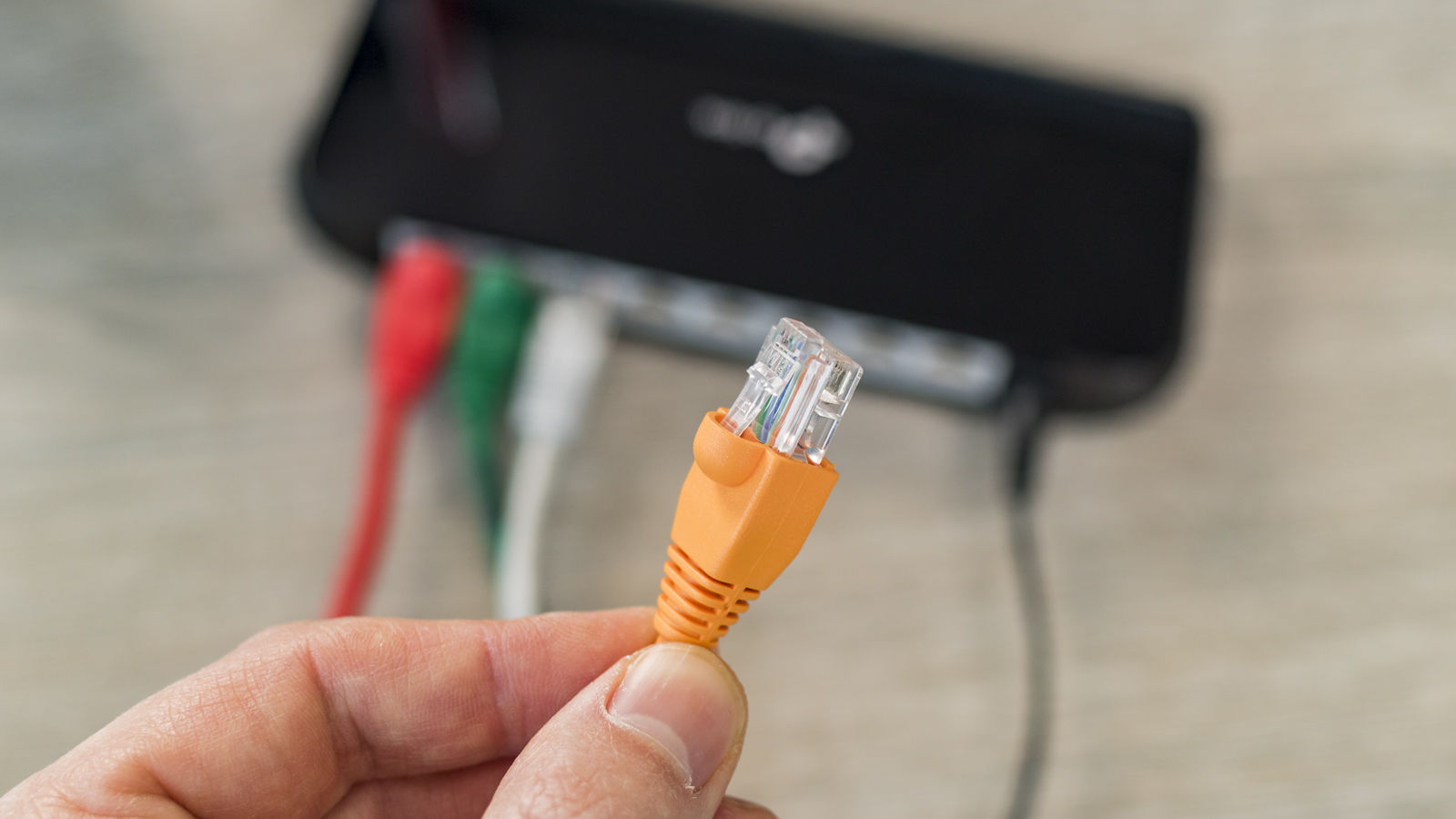 Theoretically, you could connect 250 wired devices to a single router because there would be enough IP addresses to go around.

Does performance degrade with more devices connected to a router?

Yes. And this is why most manufacturers (including Eero) recommend a maximum of 30 devices per router.

The performance hit shouldn’t be that noticeable unless you have a serious number of active devices connected. Active is the operative word there: devices which are connected but not sending or receiving any data don’t have any effect on performance.

It’s not possible to say what performance you’ll see with various numbers of devices because it depends upon which router or mesh system you have, which devices are connected and what they’re doing. Plus, of course, your home’s construction and layout will have an effect on Wi-Fi speeds. See our tips for improving speed if you’re having problems.

Usually, the speed of your home Wi-Fi is a lot faster than your internet speed. All too often these terms are used interchangeably, but that’s incorrect. Running a test using speedtest.net, for example, will tell you how fast your broadband is. But it won’t tell you how fast the connection between your phone and router is, and it could be 10 times faster.

If you are interested in that figure, here’s how to test Wi-Fi speed.

The bottom line here is that virtually any router will be able to handle the number of devices that the average household has. If you have significantly more than that, you’ll probably still be ok, but you’ll only know when things start slowing to a crawl that there’s a problem.

According to the dashboard on my BT Smart Hub I have 65 devices connected and, anecdotally, I don’t have any problems with web pages loading slowly or buffering when streaming Netflix in two separate rooms.

Most of those devices aren’t active at the same time. At most, there’s probably 10-15 which need to share the Wi-Fi (and broadband) simultaneously, including security cameras, a Fire TV Stick, BT Vision box and – because of homeschooling – two laptops and a tablet.

If anything, it’ll be your broadband connection that’s the bottleneck when lots of devices are active, not your router.