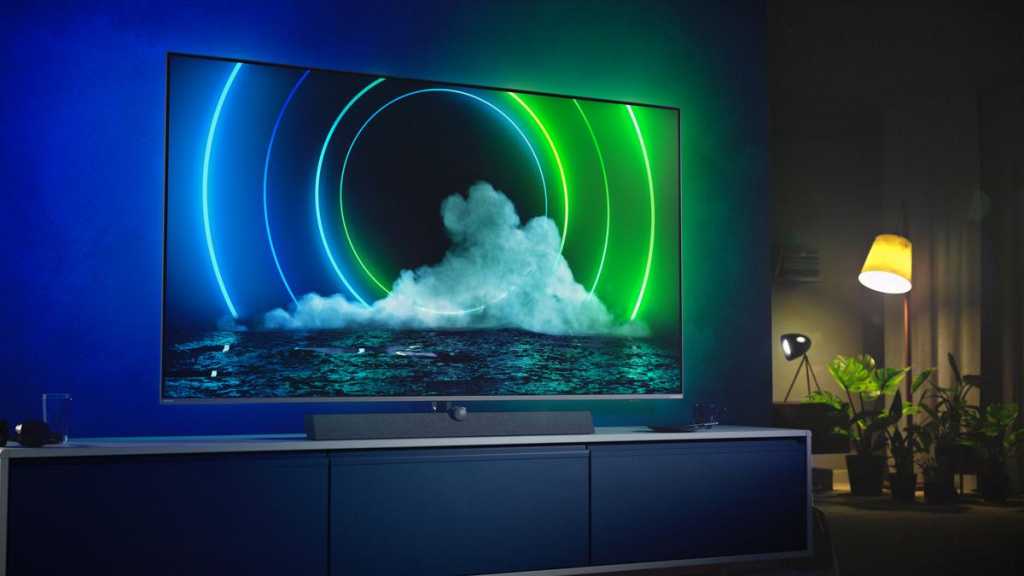 Following in the footsteps of some rivals, although a few weeks after CES, Philips has announced its range of TVs featuring new Mini-LED technology for 2021.

Mini-LED technology is the big talking point for TVs this year and much like Samsung, LG and TCL, the new Philips range includes a number of models. The new 9000 series will arrive this summer in either 65- or 75in sizes.

Philips isn’t saying how many dimming zones there are thanks to the new Mini-LED tech (LG says approximately 2,500 for its sets) but does say that the flagship 9636 (above) “combines a local dimmable backlight with the Philips Micro Dimming Premium system to create local deep blacks and spectacular highlights with an impressive peak light output of 2000 nits.”

Meanwhile, the Philips 9506 (below) is a slight step down to a Micro Dimming Pro system with no mention of local zones and a brightness of 1500 nits.

Both 2021 TVs feature 4-sided Ambilight and use a VA LCD panel offering 95% of the DCI-P3 colour gamut spectrum. There’s also a range of HDR standards including HLG, HDR10+ and HDR10+ Adaptive.

Philips also touts the new 5th-gen P5 AI processor which features Film Detection and an intelligent light sensor. Like rivals, the AI promises to adjust settings like colour, contrast, motion and sharpness based on what you’re watching. 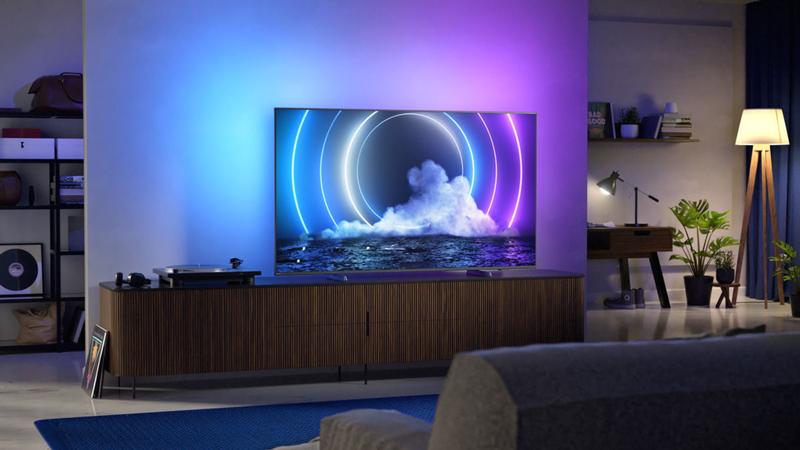 The new Film Detection can “automatically ‘flag’ movies and offer the viewer the option to switch modes – including to a new Home Cinema Mode, Pure Cinema Mode or FMM.”

Gamers are not forgotten about and both the 9636 and 9506 feature HDMI 2.1 with eARC, the standard you need to play next-gen consoles like the PS5 and  Xbox Series X at 4K and 120Hz. There are also new Freesync Premium Pro and Auto Game modes.

Moving onto audio and the 9639 has a 3.1.2 speaker system by Bowers & Wilkins with up-firing Dolby Atmos units and tweeter-on-top. The 9506 has a more standard 2.1 50W system with a rear-mounted subwoofer. 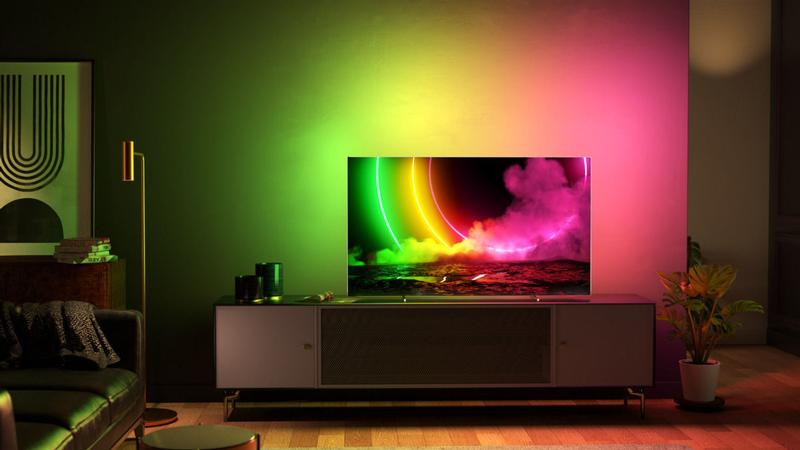 Not bothered about Mini-LED? Well, Philips has also updated its OLED models with the big news, quite literally is that the 800 series is now available in up to 77in with Android 10 TV OS and Google Assistant support.

4-sided Ambilight has also been extended to these mid-range OLED options as well as anti-burn technology which “uses an advanced logo detection function to monitor a grid of zones to accurately detect static content and gradually reduce the intensity of its local light output,”

Like the Mini-LED TVs, pricing is yet to be announced.