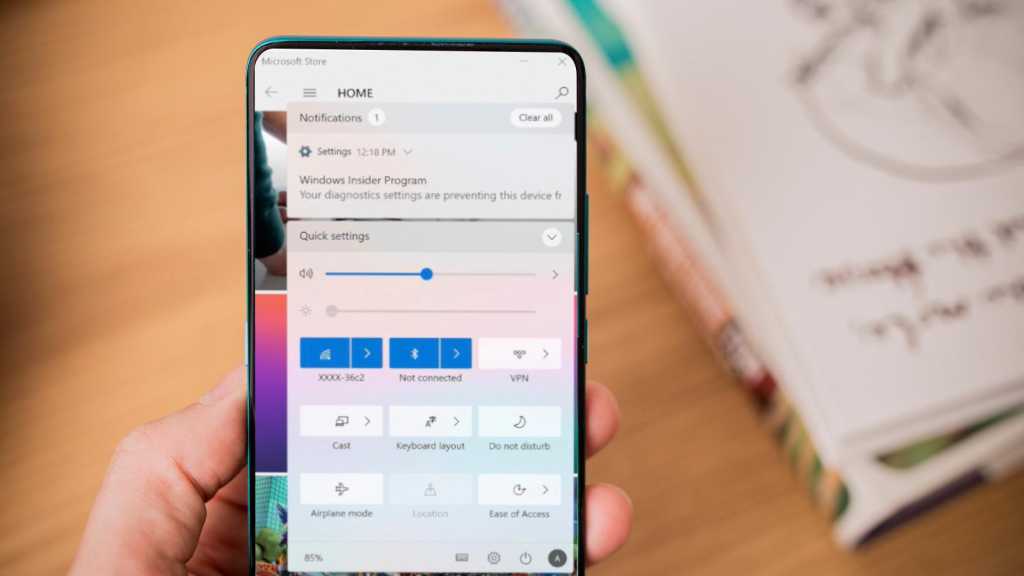 Microsoft has officially been working on Windows 10X for more than 15 months. The Windows 10 spin-off was announced back in October 2019, alongside the first dual-screen device it would run on – the Surface Neo.

The initial late 2020 release date seemed a long way away at the time, but the ensuing coronavirus pandemic set development of the operating system back further. It also led Microsoft to consider other form factors, with the company announcing last May that it would come to single screens first.

While the first Windows 10X-powered laptops are set to be released this Spring, one developer has explored how the software might run on a smartphone. Twitter user Gustav Monce has managed to get an early build of Windows 10X running on Microsoft’s 2015 Lumia 950 XL.

That device originally used Windows 10 Mobile, an operating system that has long since been discontinued. Monce’s results are extremely encouraging, with Windows 10X offering near-full functionality and feeling optimised for the smaller screen.

I did get to take two pictures, looks like the UI is very adaptive to this resolution. Also personally i think it looks lovely. pic.twitter.com/tqhZ51p5xj

Three subsequent videos show many basic operations running without too many issues. Bugs are inevitable with this type of project, but they seem relatively few and far between:

While I wouldn’t recommend you try this at home without specialist knowledge, it raises an interesting question about what the future of Windows 10X will be. Could it ever come to smartphones in an official capacity?

The release of the Android-powered Surface Duo was the biggest indication yet that Microsoft has no immediate plans to make its own phone software. Windows Phone’s rapid demise will have left the company understandably reluctant to go big again with mobile, but it would be great news for consumers.

The duopoly of Android and iOS have dominated phones for more than a decade, with recent estimates suggesting they’re running on around 99.4% of all handsets. Adding a third major player into the mix would give people genuine variety both in terms of hardware and software.

It would also allow Microsoft to strengthen its ecosystem, with the company currently relying on a partnership with Samsung in order for phones to fully integrate with Windows. The Surface Duo takes that a step further, but sales of Microsoft’s dual-screen device account for a tiny fraction of the global smartphone market.

Windows 10X on smartphones still seems like a long shot, but I’m just happy Microsoft is experimenting with alternatives to the tried-and-trusted experience on Windows 10. A more likely immediate destination for Windows 10X is the 2-in-1, and other developers have managed to get the software running on the Surface Pro 7:

Want to read more? Check out our full guide to Windows 10X.