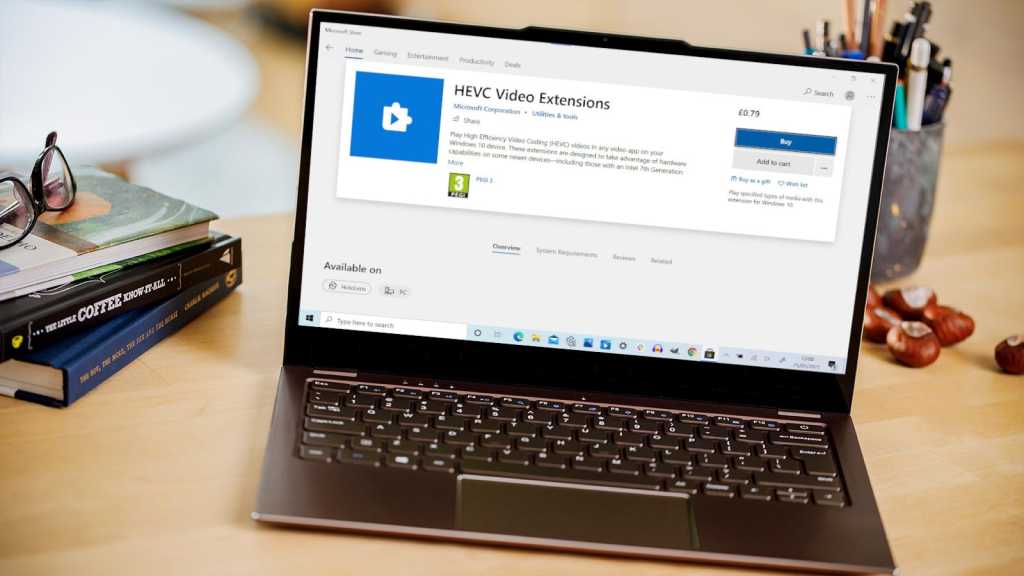 You probably know the feeling. You’ve just transferred some videos to your PC, but for some reason none of the programs you have installed can play them.

That shouldn’t be an issue for WAV and MP4 files, but things can get more complicated if you’re using other formats that aren’t natively supported by your PC.

Among them is H.265, an increasingly popular file type that’s used for recording on most smartphones and in 4K Blu-rays. On Windows, these videos are automatically secured with high-efficiency video coding, or HEVC.

There are various benefits to HEVC files, including reduced file sizes, a wider range of colours and the ability to store multiple photos or videos in one file.

However, order to play these files using Windows’ default video apps, you’ll need something called a codec. Put simply, this is a piece of code which can be used to decode the security and allow access to the file.

How to install HEVC codecs on Windows

As you might expect given the popularity of H.265 video, there’s a simple solution. All you need to do is head to the Microsoft Store and download the official ‘ HEVC Video Extensions’ utility. It only costs £0.79/US$0.99, and is a worthwhile investment if you rely on the likes of Microsoft’s Films & TV Player app.

Just download and install the app and it’ll automatically kick in whenever you try to open H.265 video.

There was a way to get the codec for free using the device manufacturer version on the Microsoft website, but it hasn’t been available since October 2020.

If you don’t need to use Microsoft’s built-in video apps, there’s a simple solution that means you don’t have to pay a penny.

That comes in the form of VLC Player, a third-party app that’s free to download. It comes with support for H.265 video already included, so you can bypass the measures outlined above.

To make the process even more seamless, head to Settings > Apps > Default apps and select VLC as the default video player.

While the file types might be different, many of the same rules can apply to images. See more in our guide on how to open HEIC files in Windows.