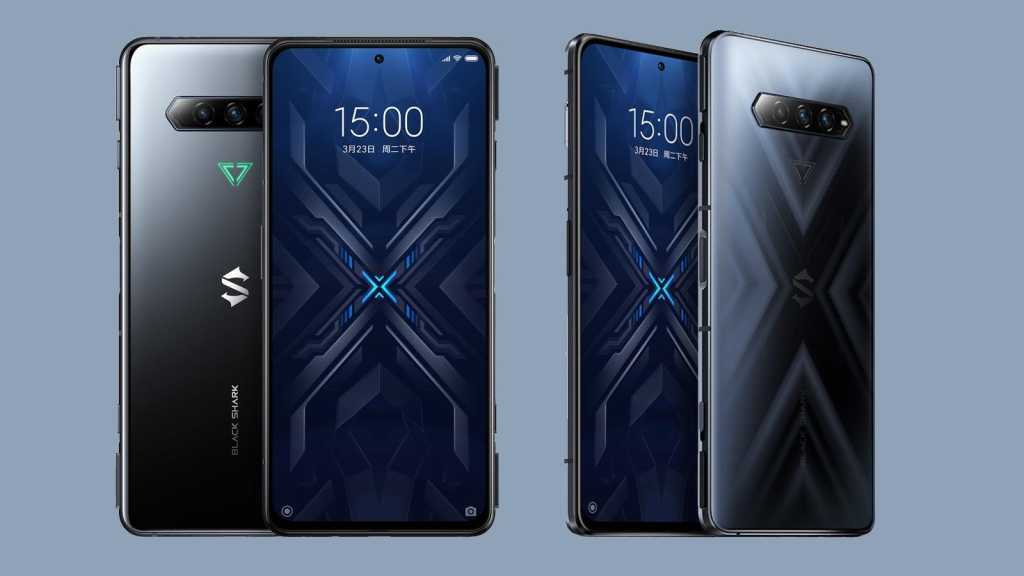 Xiaomi is one of most successful and prolific smartphone manufacturers of recent times. It typically targets the budget market, offering premium specs at an affordable price point. However, the company does things slightly differently when it comes to its Black Shark gaming arm, where peak performance and battery life are more important.

The latest of these are the Black Shark 4 and 4 Pro, which have just launched via an online event in Xiaomi’s native China. They offer everything you’d expect from a performance-focused phone, albeit without many of the bells and whistles we’ve come to associate with dedicated gaming handsets. It’s also interesting to note that Xiaomi has stuck with the 4 branding, despite the number being considered unlucky in China.

Here’s everything you need to know about the Black Shark 4 and 4 Pro, including when they might be launched globally.

When will the Black Shark 4 be released?

The Black Shark 4 and 4 Pro were officially unveiled at an online event on 23 March. Both phones went on sale in China from 26 March, but we’ve had to wait a bit longer for it for a global launch.

As of 28 April, the regular model is available to pre-order from the Black Shark website. That’s ahead of the device going on sale in the UK and Europe from 6 May. Nothing has been revealed with regards to a global launch of the Black Shark 4 Pro – that may never materialise.

How much will the Black Shark 4 and 4 Pro cost?

As you might expect, we only have international pricing for the regular Black Shark 4 at this stage. Here’s the full breakdown:

Let’s start with what the Black Shark 4 and 4 Pro have in common. Both phones come sporting a 6.67in Full HD+ OLED display – that’s exactly the same as the Black Shark 3. Where you will see an upgrade is in refresh rate, with the displays now capable of outputting at 144Hz (previously 90Hz). It’s not the highest refresh rate of any phone – the 165Hz Red Magic 6 and 6 Pro take that crown – but we’re certainly not complaining. Combined with a class-leading 720Hz touch sampling rate (the number of times the screen registers touch input in a second), this should provide the super-smooth gameplay we’ve come to associate with Black Shark phones.

Unlike many gaming handsets (including the Black Shark 3 series), the Black Shark 4 and 4 Pro have narrow bezels and a punch-hole selfie camera. We’re more used to seeing this design on regular smartphones, so it’s interesting to see Xiaomi buck the gaming phone trend somewhat.

Other features shared by both phones include a side-mounted fingerprint sensor and pop-out physical triggers for a more immersive gaming experience. They both have 4500mAh batteries, as well as class-leading 120W wired charging. Xiaomi says this will get you a full charge in just 15 minutes. Hardly any phones support the 120W speeds currently, so it’s impressive to see it come to a relatively affordable handset like the Black Shark 4.

Both the Black Shark 4 and 4 Pro have 8Mp wide-angle and 5Mp macro cameras on the back, but that’s about where the similarities end. The regular phone has a 48Mp main sensor, while the Pro model bumps this up to 64Mp.

An earlier GSMArena article reported on a Weibo post from Black Shark CEO Lou Youzhou. It reveals what looks to be a photo taken by the Black Shark 4 Pro: 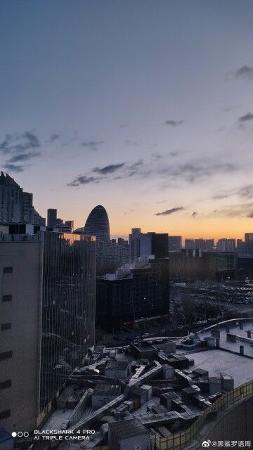 However, the key difference comes where the processor is concerned. While the Black Shark 4 Pro is powered by Qualcomm’s flagship Snapdragon 888 chipset, the standard Black Shark 4 steps down to the Snapdragon 870. This shouldn’t be a big issue, though – the 870 is essentially an overclocked version of last year’s top-of-the-line 865+, and more than holds its own in 2021. Choosing the 870 also allows Xiaomi to make the regular Black Shark 4 more affordable, as Chinese pricing suggests.

Performance hopes were given a boost recently when GSMArena posted a report that a Black Shark 4 prototype had just attained the highest benchmark scores on AuTuTu, clocking up 788,505 points.

There are also a few software tweaks on both phones, as we’ve come to expect from gaming handsets. The most notable is Xiaomi’s ‘Shark Space’, an area of the phone where notifications can be silenced and performance boosted. On-screen demos suggest it’ll offer more than just a list of compatible games, with potentially an AI voice assistant guiding you through.

In terms of accessories, it looks like we’ll also be getting a new fan attachment. This will almost certainly be sold separately, though.

Read more about the Black Shark 4 and 4 Pro in our separate news story. It’s also worth checking out our best gaming phones roundup to see what the new phones will be up against.