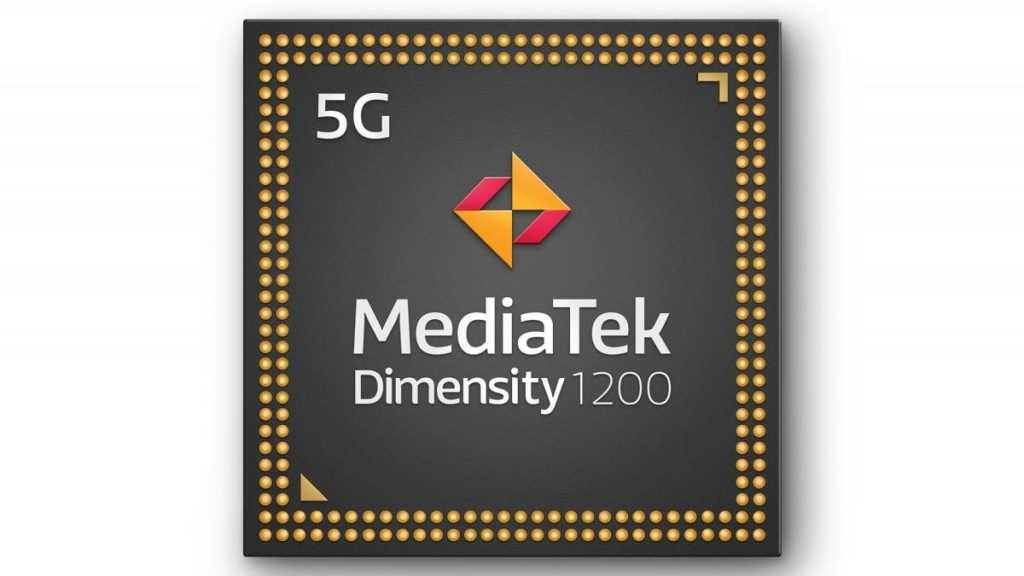 MediaTek may not have a 5nm chipset ready just yet, but it has at least made the leap to 6nm with its two latest 5G flagship SoCs: the Dimensity 1200 and 1100.

Both chips are based on similar architecture, but with different clock speeds and core configurations performance is likely to vary slightly between them, with the 1200 the true flagship chip.

That chipset is MediaTek’s first Dimensity flagship to use a prime core configuration – one of the four Cortex-A78 cores is clocked at 3.0GHz, faster than the 2.6GHz of the other three, with a further four A55 efficiency cores clocked at 2.0GHz.

That’s a similar structure to the 1200’s big rival – the Qualcomm Snapdragon 888 – which actually runs a little slower, with its prime core capped at 2.84GHz. It’s based on a 5nm architecture and uses the more powerful Cortex-X1 core at its heart however, so in practice the 888 is likely to still trump the 1200 in pure performance.

A closer comparison might be found with the newer Snapdragon 870 – also announced this week – which also uses an A78 prime core, but clocked to an even faster 3.2GHz. Samsung’s Exynos 1080 is another close competitor, with similar clock speeds to the 1200, but a faster GPU and 5nm design.

In practical terms, the Dimensity 1200 can handle display refresh rates up to 168Hz at 1080p– faster than any current phones – along with camera sensors up to 200Mp.

The Dimensity 1100 is pretty similar, and architecturally the main difference is simply that it doesn’t have a prime core – all four of its A78 cores are clocked at the same 2.6GHz. That means it caps out at 144Hz refresh rates at 108Mp camera sensors – though with the same Mali-G77 GPU across both chips gaming performance should be pretty similar.

MediaTek isn’t as well known a name in the West as Qualcomm, where the Snapdragon chips dominate – at least in the flagship space. However the Dimensity line is increasingly popular among Chinese manufacturers, which was enough to bring MediaTek up to a 33% market share for phone chipsets in Q3 2020 – overtaking Qualcomm for the first time.

Xiaomi sub-brand Redmi has already confirmed plans to feature the Dimensity 1200 in a phone, while Realme has gone one step further and confirmed that it will feature in the upcoming Realme X9 Pro, which will boast a 120Hz OLED screen, up to 12GB RAM, 65W fast charging, and a 108Mp triple camera array.

Vivo and Oppo have also each pledged phones using either the 1100 or 1200, with all of these devices expected to be full unveiled towards March.