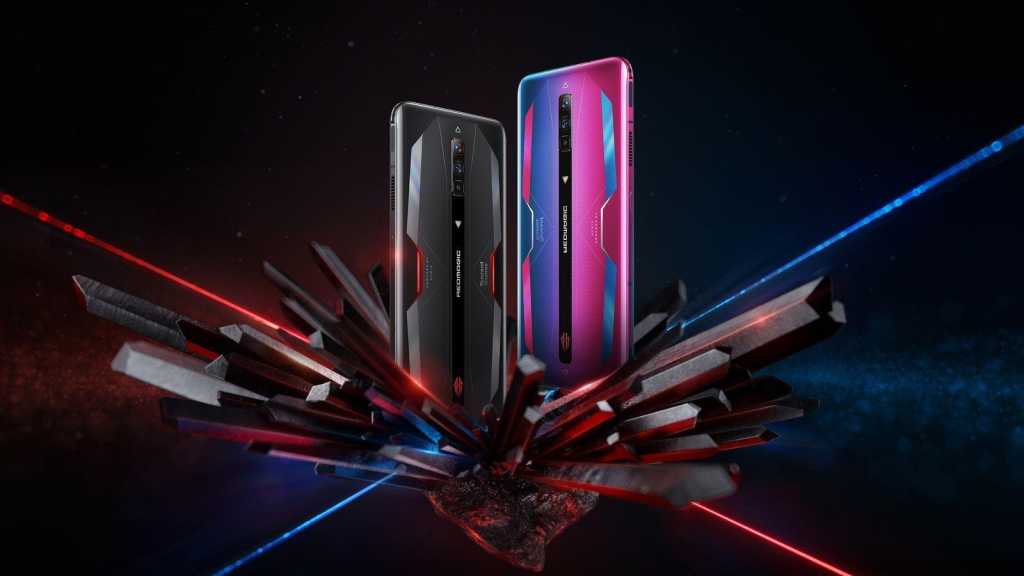 The Red Magic 6 series is here. Nubia officially launched its two next-gen gaming phones at a virtual event in China, and both are now on sale globally.

While 2020’s Red Magic 5G and Red Magic 5S were remarkably similar, the 6 and 6 Pro come with an impressive set of upgrades. They’re headlined by a new 165Hz display, making it the highest refresh rate phone to date. You also get the new Snapdragon 888 processor, a redesigned cooling system and 120W wired charging, although the latter is limited to 66W globally.

To see what we thought of the regular model, check out our full Red Magic 6 review. In this article, we run through all the release date, pricing and key spec information for both phones in the Red Magic 6 series.

When was the Red Magic 6 series released?

The Red Magic 6 and 6 Pro were officially launched in Nubia’s native China on 4 March 2021. Both devices are now on sale, having been released on 15 April.

Here’s how to re-watch the Red Magic 6 launch if you missed it.

How much does the Red Magic 6 and 6 Pro cost?

Alongside the announcement of the global release, we now have full pricing information for both phones:

You can buy the Red Magic 6 and 6 Pro now from the Red Magic website. Nubia rarely makes its phones available via third-party retailers in Europe and North America, and we’re not expecting that to change here.

Many of the Red Magic 6 series’ key features were teased ahead of time by Nubia Vice President Ni Fei on Chinese social media site Weibo.

The most high-profile of these is the new 165Hz refresh rate, the highest you’ll find in any smartphone to date.  Ni Fei hinted at a ‘breakthrough of screen refresh rate’ in the run-up to release’, but the exact figure wasn’t known until the Chinese launch event. It’s not clear how much of a difference this will actually make, with the Red Magic 5G and 5S already having silky-smooth 144Hz displays. This is combined with a 500Hz touch sampling rate, making the devices even more responsive. 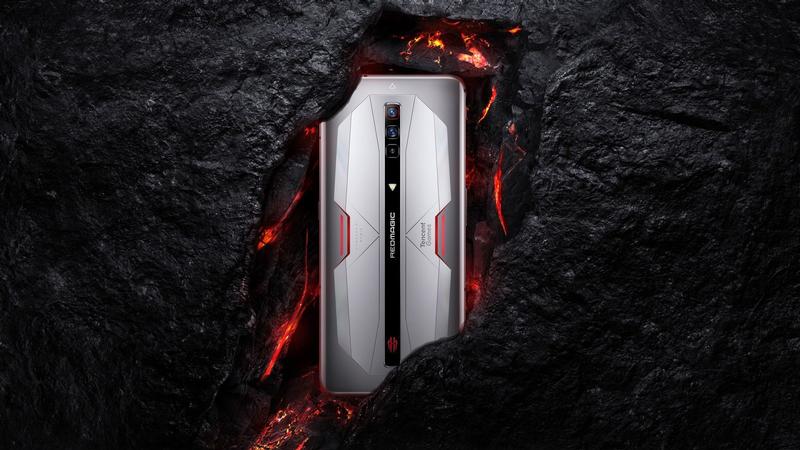 The screen itself is still a Full HD (2400×1080) OLED panel, but now stretches a full 6.8in. It includes an optical in-display fingerprint sensor, which Nubia says is 50% faster than the Red Magic 5G.

However, there are a few differences between the Chinese versions of the phones and the ones that will be released globally. The big one here is charging speeds – the Red Magic 6 Pro’s headline 120W fast wired charging sounds impressive, but the global version will be limited to 66W across both models. That’s still a step up from the 55W you’ll find on the Red Magic 5S and Red Magic 5G, but it can no longer be considered class-leading. You also only get a 30W adapter in the box, with the 66W charger available as an additional accessory. To help make up for it, both global models have a 5,050mAh battery.

Other key differences include the presence of NFC on the global version, while the Chinese version is the only to feature Tencent branding, as is shown in the official images.

Another Ni Fei Weibo post revealed the new cooling system that’s making its way to the Red Magic 6 and 6 Pro. Known as Ice 6.0, it comes with 20,000rpm active fan, vapour chamber (which Nubia claims is the world’s thinnest) and a layer of graphite to prevent the processor from overheating. The post was accompanied by the following image: 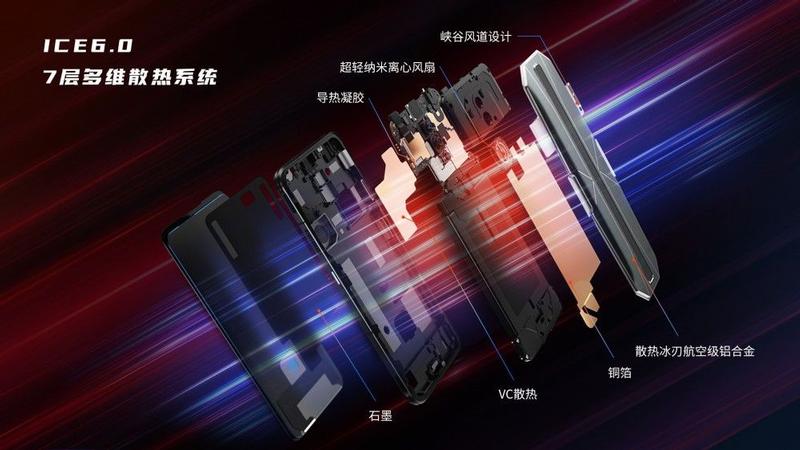 The Red Magic 6 and 6 Pro are powered by the flagship Qualcomm Snapdragon 888 processor, which will no doubt please gamers who want the best performance for their digital adventures.

There are triple rear cameras on both devices, although we only heard about the 64Mp main sensor. It’ll presumably be joined with an ultrawide and macro lens, like on the Red Magic 5S, but we can’t be sure. 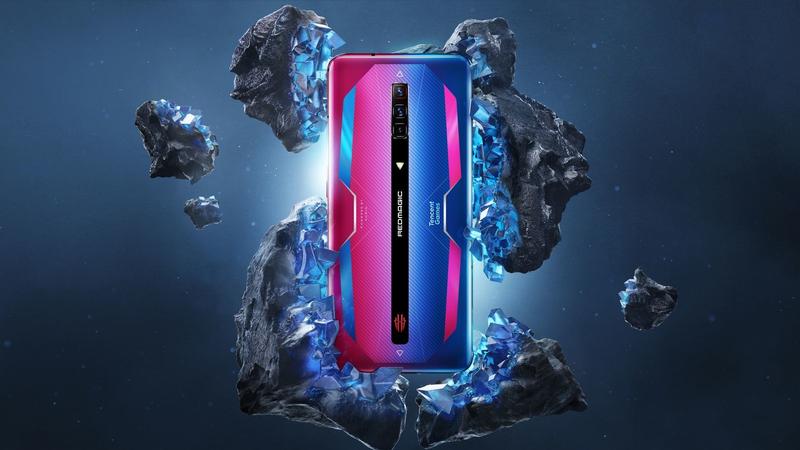 As for the design, a video that was posted on Weibo shows the back of the new device, which features an electrochromic casing that is black but can become transparent at the touch of a button.

This reveals the insides of the device, albeit with a band going down the middle of the casing that remains black. It’s a visually interesting design but seems a little flash and slightly pointless when many of these phones spend their lives in protective cases.

While the phone has now been officially announced, we couldn’t resist keeping this weird teaser video, originally shared on Weibo by Ni Fei:

The strange clip highlight’s the phone’s “nine-axis spatial positioning” driven by a “high-speed centrifugal fan” – which will apparently be even more powerful on the Tencent edition of the phone. From testing that version, we can confirm that it doesn’t allow the phone to float in mid-air, despite what the teaser video might suggest.

Read more in our separate news story on the Red Magic 6 and 6 Pro. We’ve discussed the new phones several times on Fast Charge, our weekly phone show. First up, here’s episode 55, the week when the phones were officially launched:

Then there’s the full review in video format from episode 61:

To see what the new handsets are up against, take a look at our roundup of the best gaming phones.