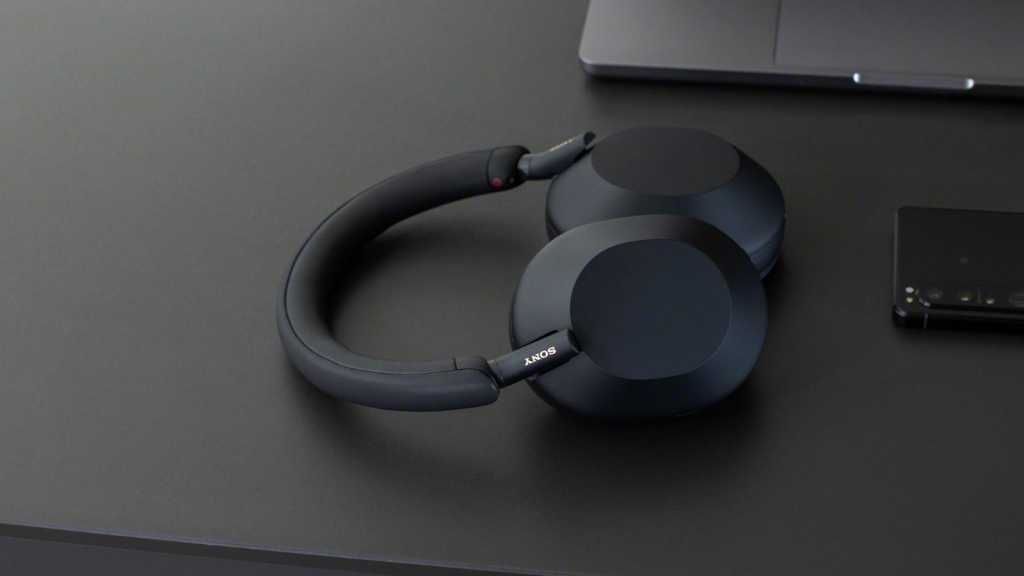 Although they weren’t expected to arrive for another couple of months, Sony has launched its new WH-1000XM5 flagship over-ear noise cancelling headphones for 2022.

The headphones arrive with a new design, collapsable case and various upgrades but a new higher asking price.

The Sony WH-1000XM5 will be released in ‘Late May’. The official store says coming soon but Sevenoaks says shipping from 20th May.

You can pre-order them now from Sony.

What are the Sony WH-1000XM5 specs and new features?

The most obvious change about the WH-1000XM5 headphones compared to the WH-1000XM4s is the new design. Sony calls it a ‘noiseless design’ and features a stepless slider on the headband for smoother adjustment.

Sony also offers a synthetic soft fit leather material which “fits snugly around the head taking the pressure off your ears and blocking out external noise”.

The XM5 are initially available in black and platinum silver colours and a new carry case is collapsable making it thinner for easier storage. It’s worth noting that the headphones don’t fold like previously.

As per the Sony LinkBuds and LinkBuds S, the packaging contains no plastic and the headphones themselves use recycled plastic materials from automobile parts, though Sony doesn’t mention what percentage.

When it comes to audio improvements, the active noise cancelling is the main area of focus with two processors handling information from no less than eight microphones to give you an ever better experience than before.

They are 10mm smaller than the XM4 and XM3 but bring improved sound clarity and bass reproduction according to Sony. The drivers are made from a light and rigid carbon fibre composite material for better high frequency sensitivity resulting in a more natural sound.

Sony says the XM5 “dramatically reduce noise especially in the mid-high frequency range and an Auto NC Optimiser that automatically optimises noise cancellation, depending on the environment.”

They also use lead-free solder which contains gold for a better connection. A new feature is Quick Acces which Sony says means you can resume playback on Spotify with just two or three taps without needing to pick up your smartphone.

The headphones also support Fast Pair for Android and Swift Pair for Windows.

Despite rumours of a 33% improvement in battery life to 40 hours, the WH-1000XM5 still offer the same 30-hour range as before. Sony says you can get three hours of playback time with a three-minute charge via USB Power Delivery (PD).

Many other features remain the same as the older XM4 model with things like Speak-to-Chat, Adaptive Sound Control, wireless Hi-Res Audio, 360 Reality Audio, multipoint connection, plus support for both Amazon Alexa and Google Assistant.