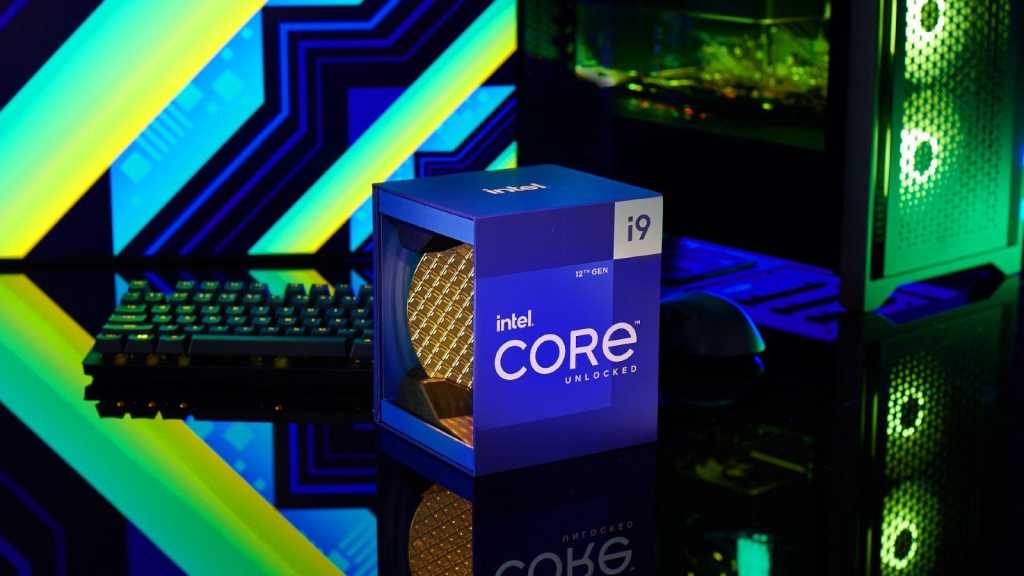 Intel is still the leading CPU manufacturer worldwide, but the competition in 2022 is fiercer than ever.

The rapid recent rise of AMD is reflected in the excellent Ryzen 6000 Series, while Apple has successfully moved away from Intel and embraced its own silicon.

After an underwhelming lineup of Rocket Lake desktop CPUs last year, Intel was under pressure to respond. The company has done just that, with the shift to a new hybrid delivering significant improvements.

The first Alder Lake CPUs were released towards the end of 2021, but in the last few months we’ve really seen Intel show its hand. Dozens of chips are now available for desktops and built into laptops, but new processors continue to be announced. Here’s everything you need to know about Intel’s 12th-gen CPUs.

Intel confirmed the Alder Lake name and some key specs back in January 2021 at CES, but we had to wait until 27 October for any CPUs to actually be announced.

That was the Alder Lake-S series for desktops, but loads more processors were announced at CES 2022 on 4 January. A total of 22 new desktop CPUs were added to the lineup, alongside mobile chips split into three key categories: H-Series (enthusiast), P-Series (thin and light laptops) and U-Series (more affordable devices).

Many have already made their way into 2022 laptops, but Intel’s not done there. A new high-end HX Series was announced on 10 May, with new mobile workstations powered by them expected in the coming months.

During the announcement, Intel teased that even more CPUs could be released prior to 13 th -gen Raptor Lake arriving later this year.

How much do Intel Alder Lake CPUs cost?

If you’re looking to upgrade your desktop, buying an Alder Lake CPU is a realistic option. This is Intel’s recommended pricing for the key processors in the US, with the £ figure likely to be similar:

But ultimately, third-party retailers decide how much to charge for each CPU. The price you’ll pay may vary considerably.

Alder Lake mobile CPUs are designed to be integrated into laptops and other mobile devices, so aren’t available to buy as standalone components. The price you’ll pay depends on a variety of other factors, including display, battery and design.

Alder Lake brings big changes to Intel silicon. These are the first CPUs to move beyond the 14nm process that the company introduced back in 2015. The new 10nm process has been rebranded as Intel 7, part of a new architecture roadmap announced in July 2021.

Intel has also changed the structure of its CPUs to be more in line with ARM-based chips (including Apple’s M1 range). There’s now a mixture of performance and power efficiency cores, rather than focusing purely on making the most powerful chip possible. This hybrid model should allow devices to sustain performance over a longer period of time, as well as benefit battery life. Following underwhelming reviews of 11th-gen Rocket Lake chips, this shift is welcome.

However, as expected, you’ll need a new motherboard. It’s Intel’s new Z690 here, although you may also need an upgraded cooler to support the LG 1700 socket. You do at least get Wi-Fi 6E and USB 3.2 Gen 2 for fast data transfer. Thunderbolt 4 support remains, too.

There are also some encouraging signs from Alder Lake’s first true gaming test, even if the CPU was paired with the latest Nvidia RTX GPUs and DDR5 memory to maximise performance. As German tech site Computerbase spotted, a CapFrameX test of online strategy game Dota suggests Alder Lake can hit a maximum FPS of over 549, averaging over 120fps. However, we don’t know which resolution or settings were used when recording these figures.

Since their release, we’ve seen some impressive benchmarks for Alder Lake CPUs, specifically the Core i7-12700H. Geekbench 5 results suggest it’s almost as powerful as AMD’s high-end Ryzen 9 5900X, while multi-core Cinebench scores put it ahead of the Ryzen 9 5900HX and Apple’s M1 Max – according to testing from NotebookCheck.

As Wccftech reports, sales of Alder Lake desktop CPUs make for encouraging reading for Intel. The processors are beginning to replace AMD’s Ryzen 5000 Series in best seller lists at US retailers such as Newegg and Best Buy, while Amazon in Germany and the UK shows a rough split between the two companies. However, that might change with the upcoming Ryzen 7000 Series CPUs, after AMD chose to skip a generation of desktop support.

In total, we’re expecting 60 processors from Intel’s 12th-gen range. In addition to the 28 desktop CPUs announced so far, there are also 28 new mobile chips available. These will be included in many of the key laptops in 2022 and beyond.

They’re split into three distinct categories. The first is Alder Lake-H, designed for  for enthusiast-level devices. Here’s a summary of what it offers:

Understandably, these CPUs are the basis for many of Intel’s big Alder Lake claims. The company describes the Core i9-12900HK as “the fastest mobile processor ever”, surpassing both Apple’s M1 Max and AMD’s Ryzen 9 5900HX during internal testing.

Impressively, that’s the same conclusion our sister site PCWorld came to after some exclusive hands-on testing. The Core i9-1200HK delivers around 30% better scores than the top-spec Alder Lake and Ryzen 5000 chips in Cinebench R20, which tests using real-world applications.

That extends to Cinebench R23, with about a 23% improvement over the M1 Pro. A CrossMark score of 1,975 also compares favourably to the fastest M1 Max result of 1,670 (via BAPCo). It’ll be interesting to see how Alder Lake compares to AMD’s new Ryzen 6000 Series laptop CPUs, which should deliver improvements over the Ryzen 5000 chip used here.

A more subjective claim is that Alder Lake is “the world’s best mobile gaming platform”. While it is capable of 4K gaming and benchmarks suggest it delivers a premium experience, it’s real-world usage that will decide just how good 12th-gen chips really are.

That’s also the case for Alder Lake-P, which aims to bring great performance to thin and light laptops:

In May 2022, Intel then launched a brand-new category of 12th-gen CPUs. Known as Alder Lake HX, they sit at the top of the company’s lineup of laptop CPUs and are built for mobile workstations.

Using the same structure as the Alder Lake-S desktop chips, all seven new processors use the same hybrid architecture and support overclocking. They’re designed for people who want the absolute best performance in a laptop, especially on devices with larger displays. Here’s a summary of what they offer:

Intel says these new CPUs are up to 80% faster than the previous generation, but it’s unclear how reflective this will be of real-world usage. All will ship with discrete GPUs, both from Intel’s new Arc range and third parties such as Nvidia.

We’ll update this article if any more is revealed about Alder Lake. We’re also looking ahead to 13th-gen Raptor Lake processors, expected to launch later in 2022.