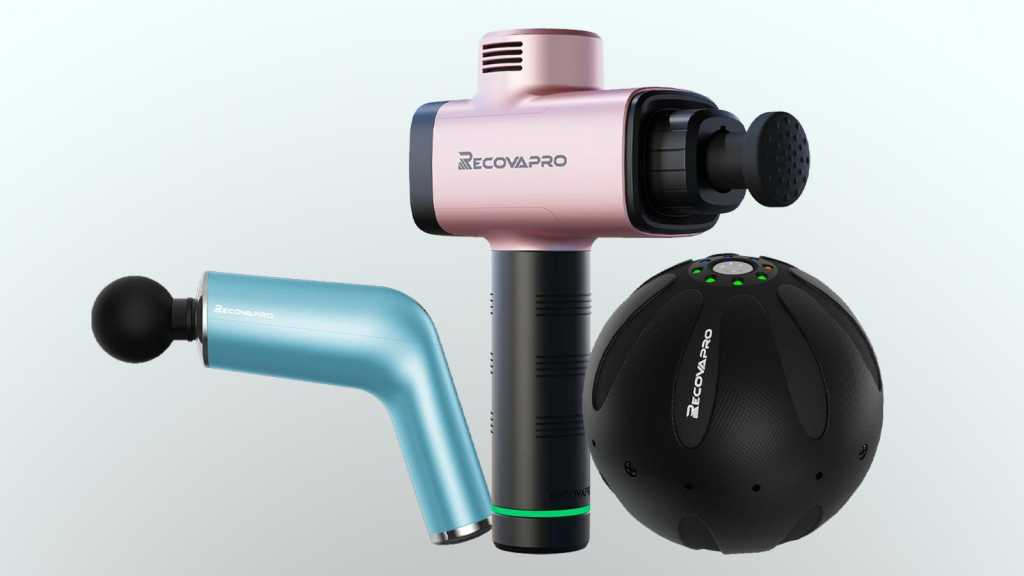 Percussive massage guns, like Theragun, became an overnight success when the lockdown began last March – fuelled undoubtedly by the surge of people working out at home and a new collective focus on health and wellness.

Massage guns aren’t cheap. Top brands like Theragun (now rebranded to Therabody) can charge over £500 for one of its devices. Theragun did have discounts across its range over both the Black Friday and Christmas periods, with up to £149 off its massage guns –  but discounts cooled off in the New Year.

Now, however, Theragun’s UK competitor RecovaPro has up to £130 off its line of massage guns until 18 January. It’s a slightly smaller discount than Theragun’s, but its devices are also more affordable without the discount:

RecovaPro offers a 90-day money-back return policy as well as a 2-year warranty on its devices. Delivery is free and should arrive within the next working day. Head to RecovaPro to see its New Year sale now.