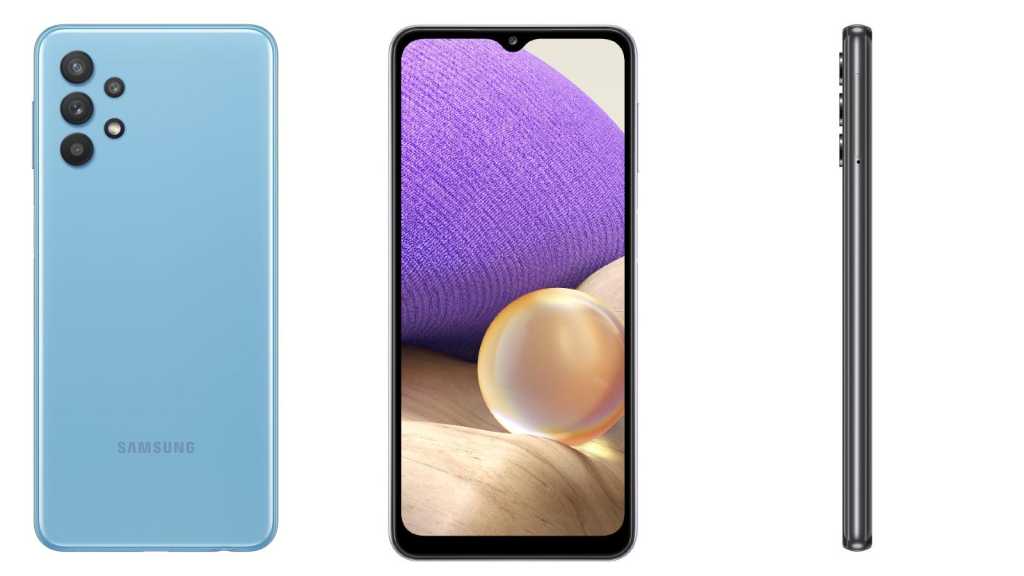 Ahead of the launch of the Samsung Galaxy S21 range, the tech giant quietly unveiled a brand new budget 5G handset, the Samsung Galaxy A32 5G. It may not be a flagship phone with the flashiest features, but this a device that’s not to be sniffed at.

Samsung revealed the specs and images of the phone in a blog post on its website. Coming in a choice of four colour options (black, white, blue and purple) this is a light and slim device, weighing in at just 205g.

The phone comes equipped with a rear quad camera set-up, which has a sleek and refined look – quite different to the chunky design seen on the S21. This is made up of a 48Mp main lens, a 8Mp ultra wide lens (complete with a 123-degree field of view), a 5Mp macro lens and a 2Mp depth lens. The selfie camera on the front is 13Mp, which is housed on a waterdrop notch.

Under the hood, the A32 features an octa-core processor – though at the moment this is unnamed. Android Central suspects that this may be the Mediatek Dimensity 700-series chip, which was recently announced. This is paired with either 4, 6 or 8GB RAM, plus 128GB storage and a microSD slot for up to 1TB more room.

The phone also boasts a big 5,000mAh battery, and 15W fast-charging technology. Combine all that with 5G connectivity, and the Samsung Galaxy A32 5G looks to be a competitive device in the budget space. Though it is not the first cheap 5G phone to make it to market, with competition from the TCL 20 5G and the Motorola One 5G.

The 6.5in display is also only HD+ (720p), which is a shame considering that lots of rivals have screens at 1080p. Nonetheless, this could be a compelling device for those who want a Samsung 5G device without having to drop an extortionate amount of money.

Pricing and availability haven’t been confirmed by Samsung yet, but we may hear more today in the Galaxy Unpacked event, which will also cover other devices set to arrive this year.