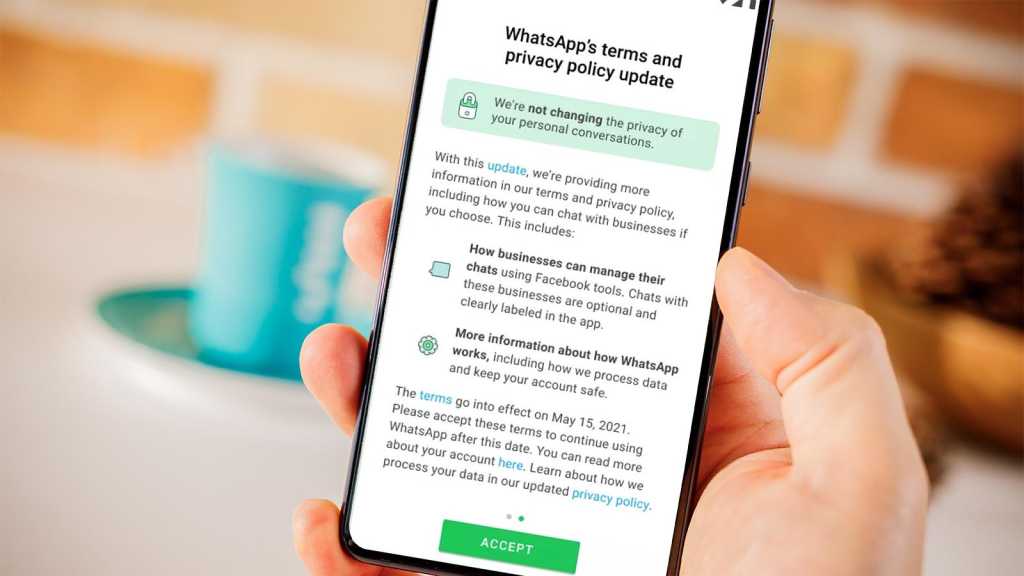 Back in January WhatsApp users around the world started seeing a full-screen notifications which poorly explained the upcoming changes to its terms of service, and forced them to tap a large ‘Agree’ button, or stop using the app entirely.

This is simply not true, and your account won’t be deleted or suspended if you refuse to agree to the new terms.

You will have to agree to the new Ts & Cs if you want to carry on using WhatsApp, but once you understand what’s really changing, you’ll realise there’s no problem in continuing to use the messaging service.

So, the short answer is that yes, you should agree to the new terms and it’s safe to keep using WhatsApp to chat to friends and family.

The new privacy policy was due to come into effect on 8 February but was pushed back to 15 May in order to give people time to review the policy at their own pace, as well as to give WhatsApp time to “clear up the misinformation”.

The main changes to the privacy policy are to do with how data is shared when you use WhatsApp to talk to a business.

The company says millions of people already do this, but it’s almost unheard of in the UK and certain other countries, where businesses don’t yet use WhatsApp to talk to customers.

That’s the vague part, as even WhatsApp’s updated web page says “The changes to our Privacy Policy provide you with more detail on how we manage your information.” but forces to go and find those changes yourself. Fortunately, it does make plain that “Your acceptance of the new Terms of Service does not expand WhatsApp’s ability to share user data with its parent company Facebook.”

So, if you plan to use WhatsApp only to talk to friends and family, then effectively nothing is changing – regardless of whether you live in the ‘European Area’ (where data is protected by GDPR laws) or somewhere else.

You can read more about the updates and FAQ on WhatsApp’s website.

Will WhatsApp stop working if I don’t accept the new terms?

Unusually, the company has decided not to make 15 May a hard deadline to agree to the terms. It says that once you see the ‘persistent reminder’ (shown below) you’ll be able to answer incoming phone and video calls and, if you have notifications enabled, you can tap on them to read or respond to a message or call back a missed phone or video call. 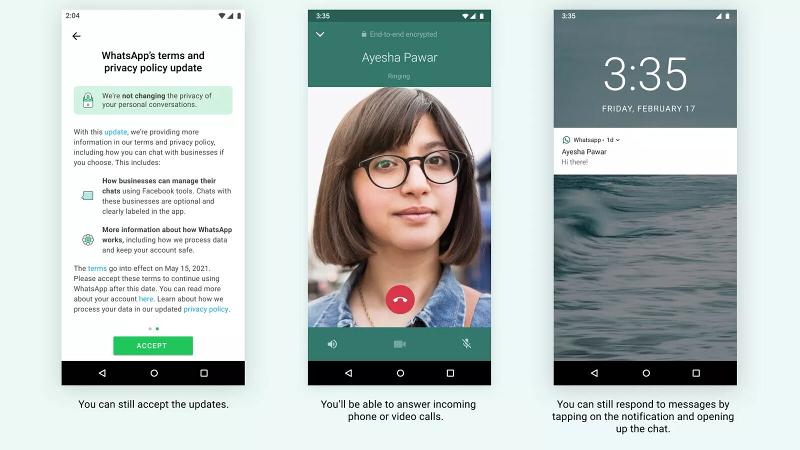 It also said “After a few weeks of limited functionality, you won’t be able to receive incoming calls or notifications and WhatsApp will stop sending messages and calls to your phone.”

At that point, you will have to click the Accept button to keep using the app. Even if you don’t, your account won’t be deleted, though.

Yes, and this has been happening for years. That’s not changing now. When Facebook bought WhatsApp in 2014 it then allowed users to opt out of sharing data via a notification that appeared for a short period in 2016. But those who didn’t use that opportunity or didn’t subsequently opt out manually, plus anyone who signed up since then will have – by default – granted Facebook permission to have their phone number and WhatsApp name.

The 2021 changes to the WhatsApp privacy policy were originally detailed back in October in this Facebook blog post. The company is planning to introduce a payment system within WhatsApp so that users can purchase from businesses. It’s likely Facebook wants to replicate the success of payments in WeChat, the popular Chinese messaging app.

Will Cathcart, head of WhatsApp at Facebook tweeted, “Not everyone may realise how common it is to WhatsApp message businesses in many countries. In fact, about 175 million people message a business account each day on WhatsApp and more want to do so.”

He also said, “It’s important for us to be clear this update describes business communication and does not change WhatsApp’s data sharing practices with Facebook. It does not impact how people communicate privately with friends or family wherever they are in the world.”

Users in the UK and Europe are seeing a different privacy policy to the rest of the world because of GDPR. These data protection regulations place much tighter restrictions on the information that can be shared between companies, meaning there are in fact no changes to how data is shared in the updated policy. Finally, it feels like there’s actually a benefit to offset all those GDPR pop-ups.

Back in January WhatsApp’s EMEA policy director Niamh Sweeney tweeted: “There are no changes to WhatsApp’s data-sharing practices in the Europe arising from this update. It remains the case that WhatsApp does not share European Region WhatsApp user data with Facebook for the purpose of Facebook using this data to improve its products or ads.”

3/5 There are no changes to WhatsApp’s data-sharing practices in the Europe arising from this update. It remains the case that WhatsApp does not share European Region WhatsApp user data with Facebook for the purpose of Facebook using this data to improve its products or ads.

Of course, WhatsApp and Facebook execs would say that. We spoke to Robin Wilton, Senior Advisor for Internet Trust at Internet Society about it. He’s concerned about the dangers of weakening encryption technologies and how they threaten the security and privacy of billions of users online.

“There are two separate issues at hand, the first of which is about personal data privacy. The new terms and conditions applying to WhatsApp are just the latest example of what has been Facebook’s practice for a long time – signing people up under one set of terms and conditions which are then revised, over time, to be more permissive and share more of the user’s data by default.

Looking into the detail of the policy change, it’s said to apply only to the messages WhatsApp users choose to exchange with businesses. Again, even if users believe that is safe, or that it doesn’t apply to them, they may be looking down the road to the inevitable next steps from Facebook; switching from this being opt-in to opt-out, and extending the policy from B2C to all messages. There’s also the point that Facebook can intrude significantly on privacy without needing to read the contents of WhatsApp messages by mapping and monetising an individual’s social graph.

The second issue is what “end-to-end encryption” is taken to mean under the new terms and conditions. Facebook has already said it will accede to US law enforcement demands for access to encrypted data, and you can’t have it both ways.”

In an attempt to clarify the changes and to try and stem the tide of users jumping ship to Signal, an infographic was posted by the official WhatsApp Twitter account on 12 January: 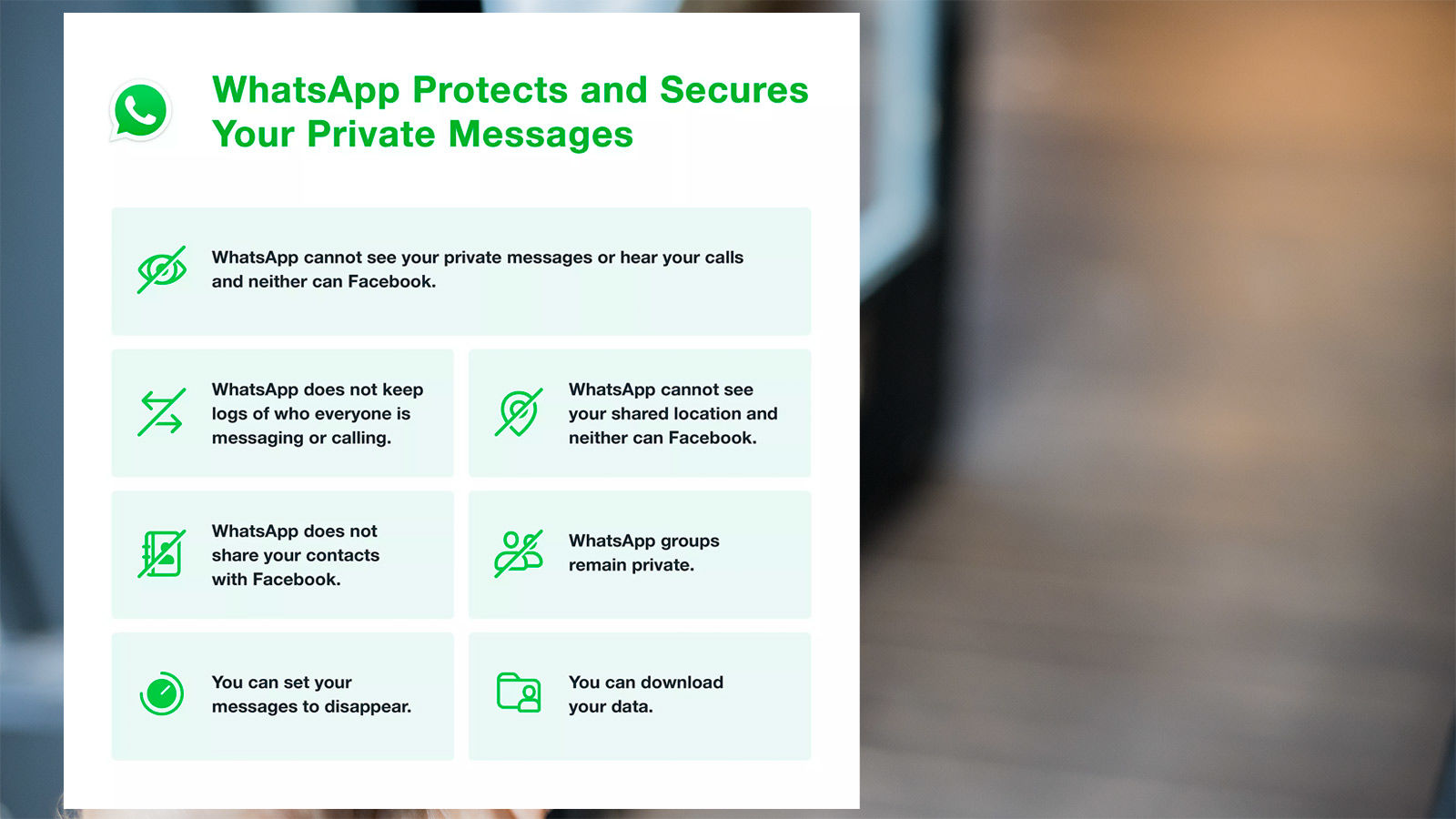 It seems reassuring, but doesn’t say anything about what data Facebook does have access to, or clearly explain the changes it’s making to the privacy policy which do apply to business messaging. Assume, then, that information given to a business isn’t encrypted and can be passed to other companies (but shouldn’t be in Europe because of GDPR).

Signal shot briefly to the top of the app charts on the Apple App Store, and is said to have had over 100,000 signups since the notifications started appearing. Telegram, which doesn’t enable encryption by default but offers it, said 25 million people signed up in just 72 hours after WhatsApp began notifying users of the new terms, and now has more than 500 million users. 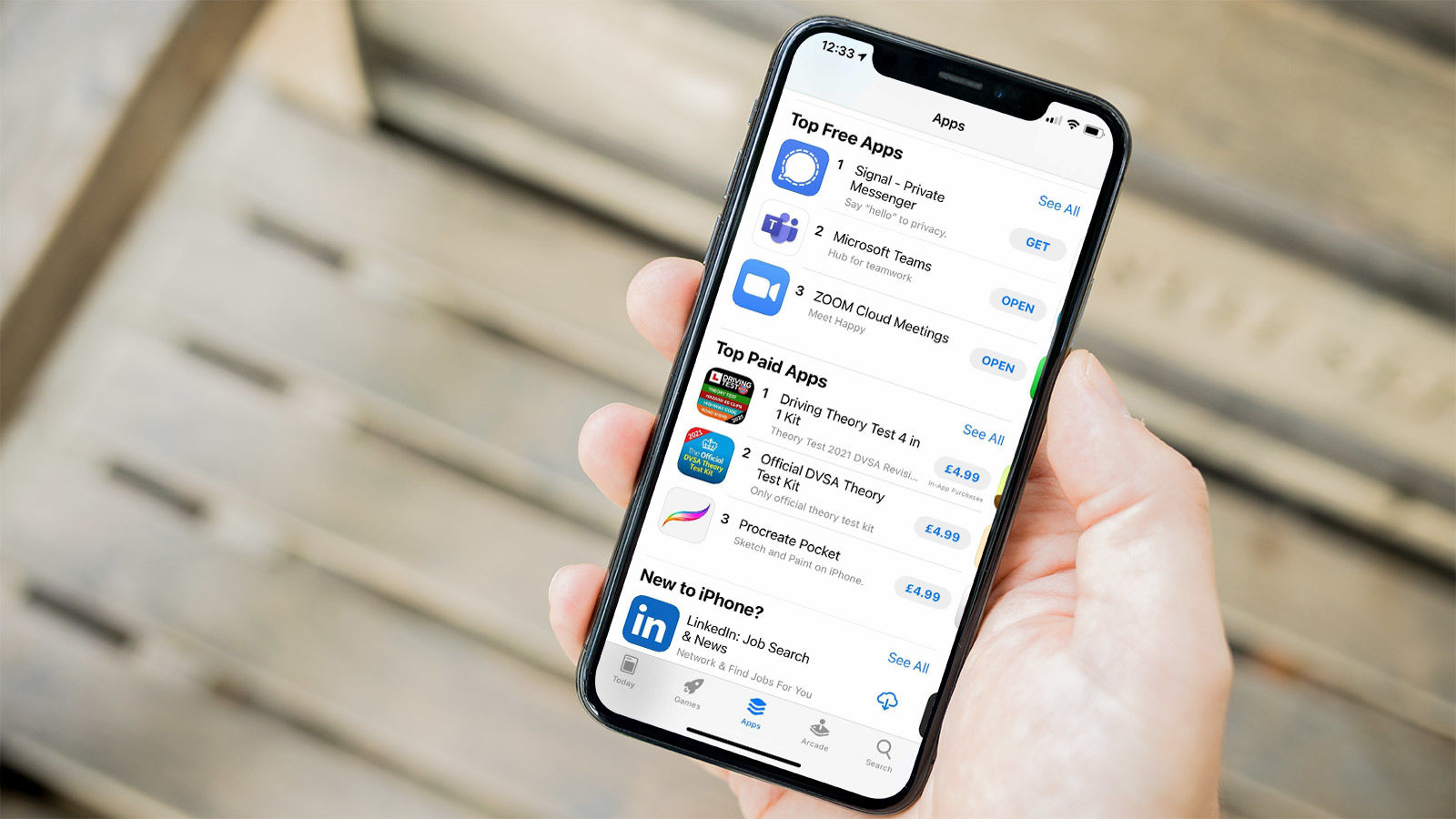 Of course, your decision is whether you trust what Facebook and WhatsApp is saying about the changes. It’s inconvenient to have to switch to a new app, but you’ll also have to persuade everyone else you chat to do the same which is why the furore is unlikely to cause any significant proportion of WhatsApp users to ditch the service.