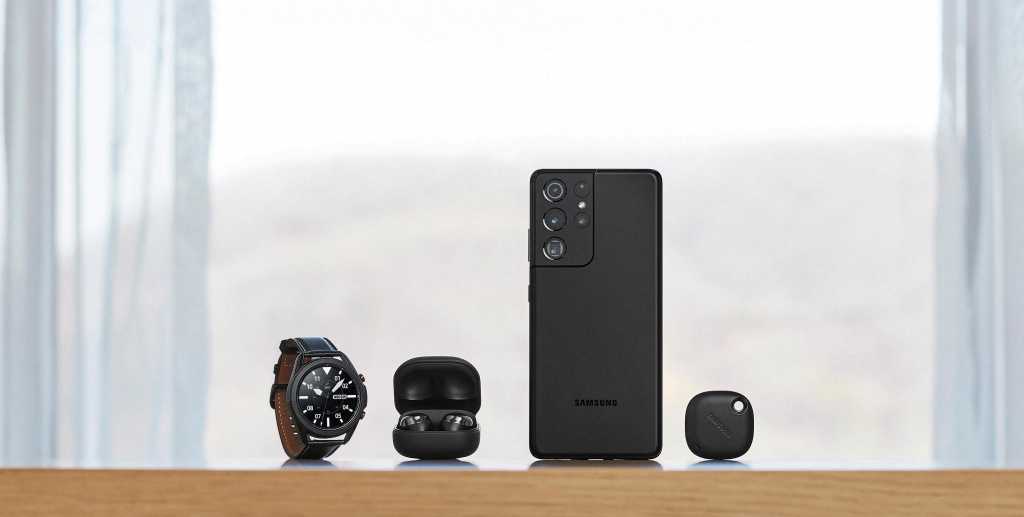 Apple’s AirTag has been rumoured for quite some time, and it was slated for release in late 2020 but it never materialised, with leaks suggesting Apple is now waiting until the Spring for the grand reveal.

Well, it seems like the company waited too long, with Samsung beating Apple to the punch by revealing the SmartTag at CES 2021, a new Bluetooth LE, Ultra-Wideband (UWB) enabled tracker to help keep track of your keys, passport and any other ‘dumb’ valuables you’d like to keep an eye on.

If it sounds familiar, it should – the concept of using crowdsourced Bluetooth signals to keep track of your things isn’t new. In fact, there’s already a booming market of Bluetooth trackers thanks to companies like Tile, a company that has been producing the accessories since its initial Kickstarter campaign way back in 2012, and Samsung has quietly been selling the older SmartThings Tracker for quite some time.

It’s only recently that bigger players, like Samsung and Apple, have wanted to get into the game – presumably to broaden the reach of their respective product tracking apps, SmartThings Find and Find My – and begun integrating high-end tech like Bluetooth LE and UWB.

The upgraded square tracker itself is fairly nondescript, as these things tend to be, shipping with a clip in the box that’ll allow you to clip it to your rucksack or even your pet’s collar for added peace of mind. Setting it up on a Galaxy device seems simple enough too, offering quick pairing functionality that’ll automatically ask you if you want to pair the tracker when you bring it near your device. 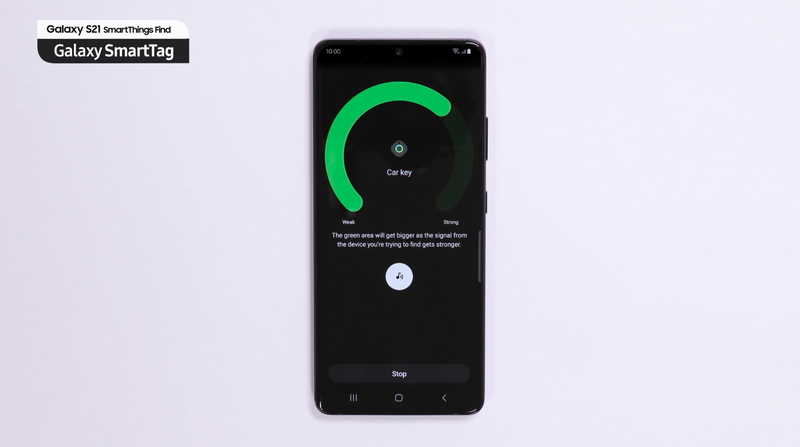 Once paired, the tracker will use a combination of Bluetooth LE and Ultra-Wideband tech to communicate its location to your smartphone – if it’s nearby. If you’re unlucky enough to lose your valuable when you’re out and about, the tracker will anonymously connect to nearby SmartThings Find-supported devices and update its location in the app, keeping you in the loop.

It’s not a fool-proof idea, as it requires someone with the SmartThings Find app to be nearby, but it’s certainly handy in more densely populated areas.

Once you’re close enough to connect directly to the tracker, you’ll see an on-screen distance meter showing you roughly how far you are from it, and you can also tap a button to make the tracker ring and make it easier to locate.

It’s unclear whether you’ll need a Galaxy device to use the tracker and SmartThings Find service or whether it’ll be open to all Android – and maybe even iPhone – users, but we’ll update this article once we get clarification from Samsung.

The Samsung SmartTag is due to be released in the coming weeks, and it’ll set you back a rather budget-friendly £29.99 in the UK – much better than the original $99 tracker!